New 2022 Range Rover leaks ahead of reveal next week Land Rover will officially reveal the new, fifth-generation Range Rover next Tuesday (26 October) but a selection of images leaked online have previewed the final design.

Posted to Instagram by cochespias, the low-quality pictures show the reinvented flagship SUV from various angles, giving us our first look at the final design without any camouflage. As expected, the styling overhaul is evolutionary rather than revolutionary, and appears to be centred more on giving a smoother and more minimalist overall look.

A new grille, light clusters and bumpers help to mark this out as the fifth-generation car, but more striking is a new black panel that dominates the rear end, extending up the sides and along the top of the tailgate, housing new-look vertical brake light clusters. Elsewhere, it looks to be a case of updating the Range Rover’s trademark features; the silhouette is relatively unchanged, the distinctive ‘gills’ still feature ahead of the front doors and the bonnet looks to be a clamshell-style design. Pictures of the interior give less away, but we can see a new touchscreen running Jaguar Land Rover’s latest Pivi Pro software, a fresh new steering wheel and centre console design and an all-digital climate control stack. Further details will be given at the car’s reveal, which will be covered live on Automotive Daily next Wednesday morning. Although we can’t make out the overall cabin design, a few clues can be gleaned from the two images showing different angles – now confirmed by the leaked images. The first is a central touchscreen – that appears to be production-spec – which sits proud of the dash centre and is significantly larger than before. It also appears to be running a further developed version of Jaguar Land Rover’s latest Pivi Pro operating system. 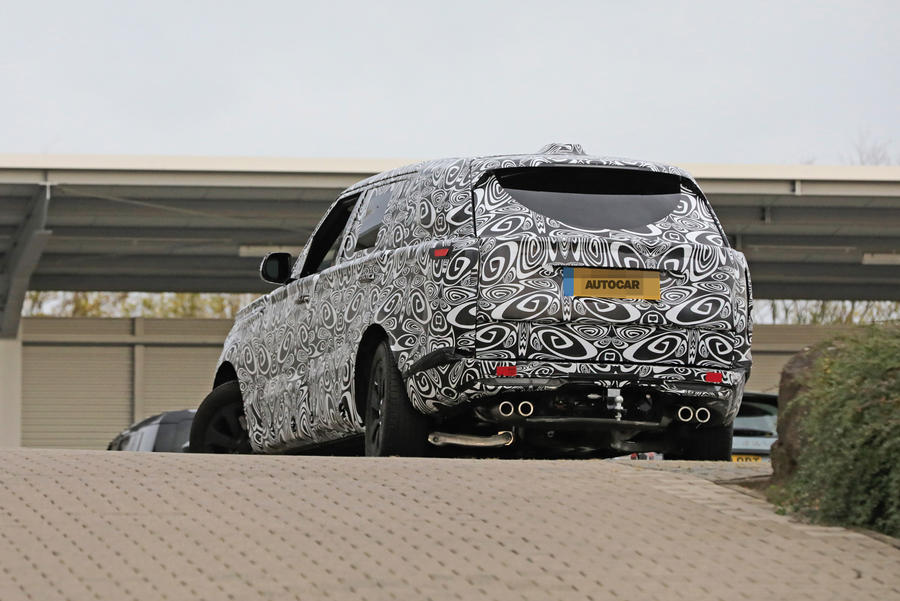 Images previously submitted to Automotive Daily’s exclusive partner Autocar by reader Mohammed Rajak showed a pair of camouflaged test mules running around the Highlands, one of which towing a trailer, likely for powertrain telemetry purposes.

Numerous prototypes of the luxury SUV have been seen in varying levels of disguise testing across the UK and Europe over the last year or so. Earlier this year, a photographer managed to get closer to one than anybody managed previously, grabbing a look at the prototype’s partly disguised innards.