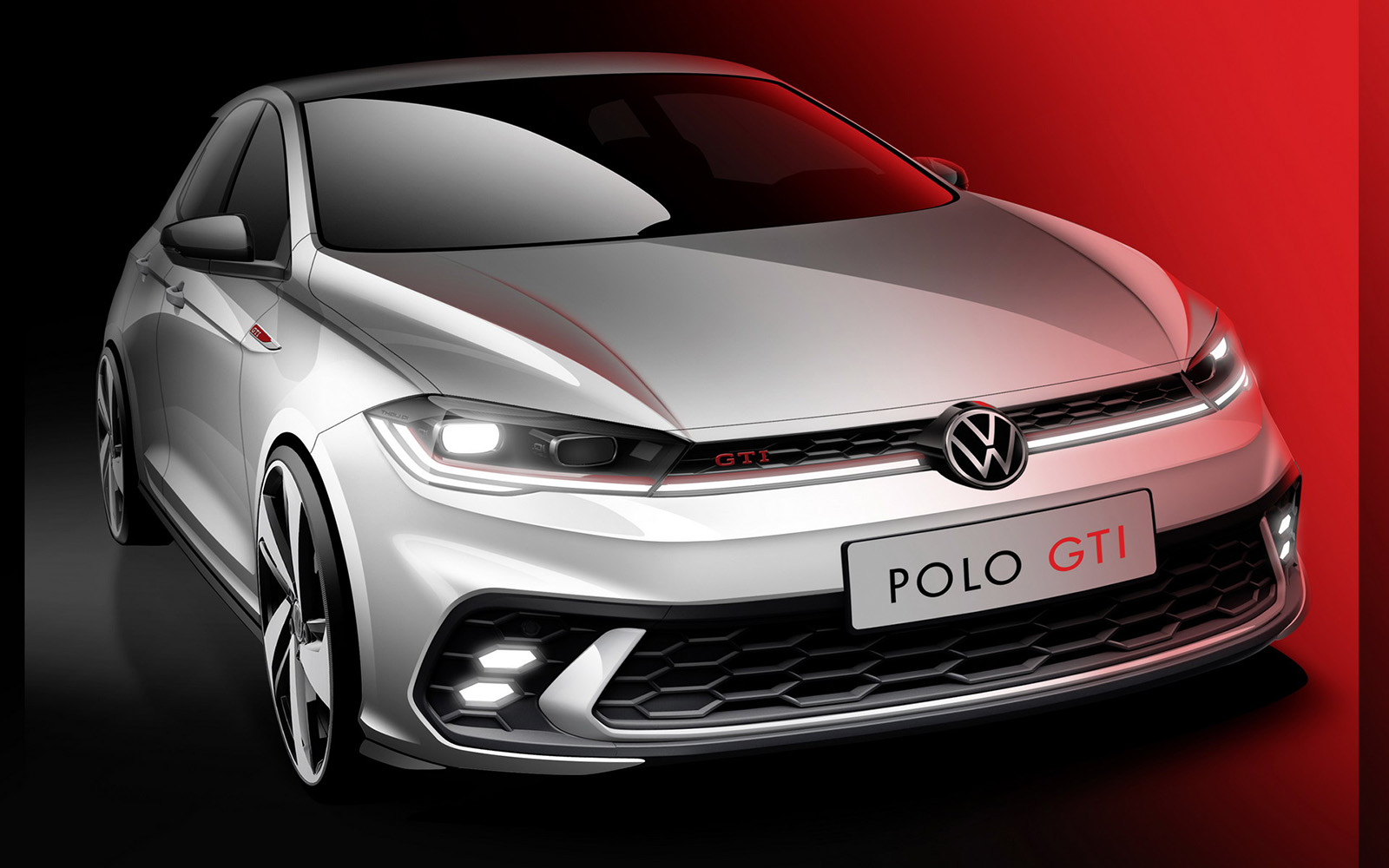 Following the recent unveiling of the updated Polo, Volkswagen has revealed a sneak preview of the hot GTI version ahead of its official debut in June.

The sketch image was revealed ahead of Volkswagen’s annual GTI weekend at Lake Wörthersee, set to be held from 12-15 May but cancelled for the second year in a row due to the pandemic.

It shows that the Ford Fiesta ST rival will gain an updated, sharper design, with an LED strip dominating its front above an updated grille.

Volkswagen says the new Polo GTI, to be revealed at the end of June, will provide “exceptional driving dynamics in combination with exceptional everyday usability” and represents “pure dynamism and expressive design”.

The new Polo GTI will arrive alongside the refreshed version of the standard Polo, which will be available in Life, Style, R-Line trims, matching the line-up of the Golf.

LED headlights will be offered as standard, and the car will receive a redesigned tailgate and the brand’s new IQ Light technology.

It was also revealed the new Polo will receive several of Volkswagen’s optional driver assistance systems, including Travel Assist and Level 2 semi-autonomous driving features. As the highest specification of Polo available, it’s expected that the Polo GTI will also receive these features as standard.

The latest iteration of Volkswagen’s MIB3 touchscreen infotainment system will also be carried over from the Golf, as will its new touch-sensitive sliders for controlling the interior temperature.

Specification details of the new model will be confirmed at the unveiling.

The new Polo GTI is likely to arrive in Australia towards the start or 2020, commanding a slight premium over the outgoing car’s $32,890 start price.