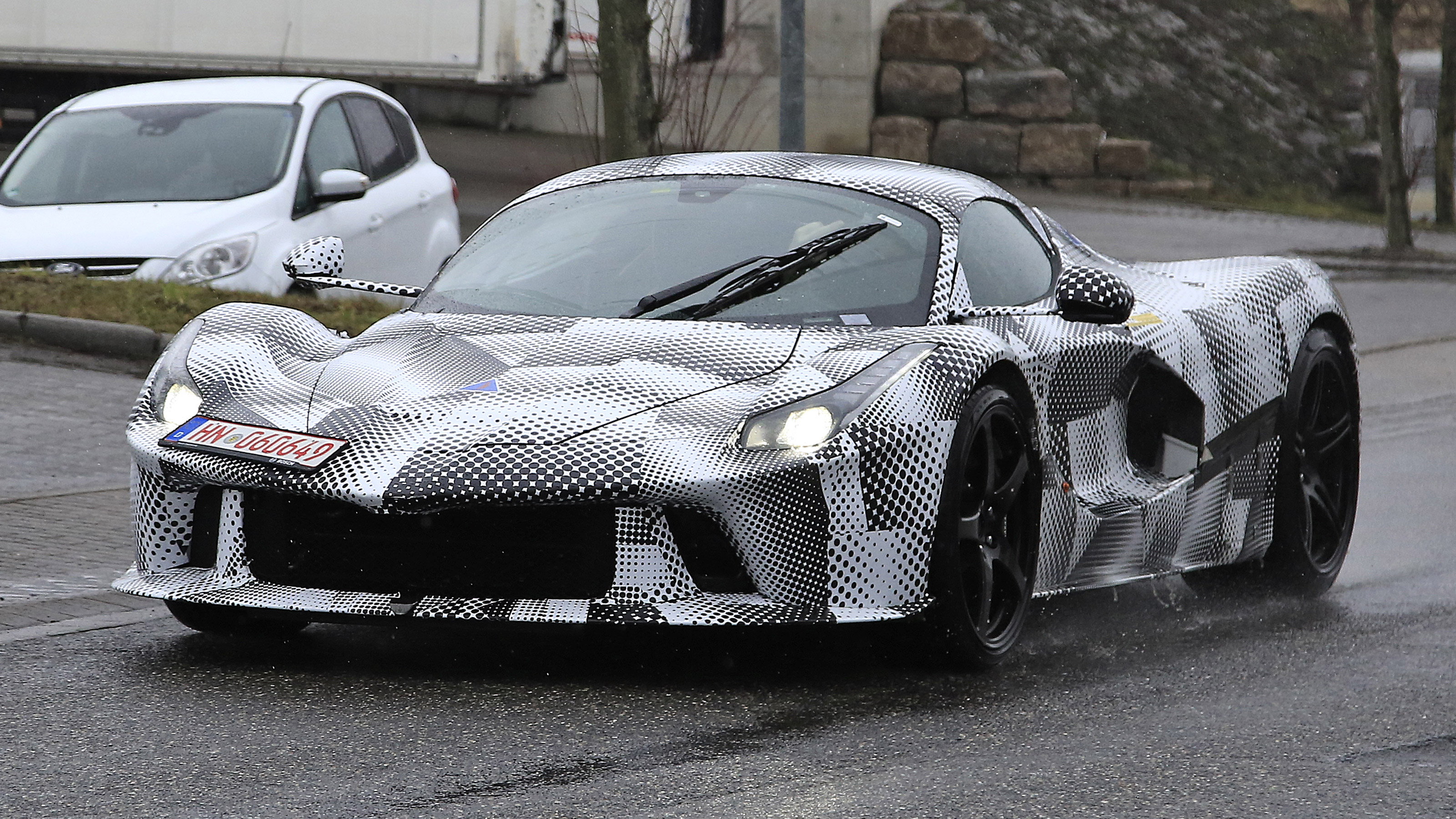 Ferrari has confirmed that it will enter the 2023 World Endurance Championship with an entry in the new Le Mans Hypercar class, which is likely to form the basis of a road-going replacement for the LaFerrari.

These new spy shots are our first look at the upcoming Aston Martin Valhalla rival, as it undergoes the first stages of its on-road development programme.

Ferrari has already confirmed the project’s existence. Back in 2019, the company’s chief marketing officer, Enrico Galliera, told Automotive Daily: “Yes, we are working on the next hypercar, which will come after 2022.”

Earlier in 2021, Ferrari confirmed that it will build a new Le Mans Hypercar for the 2023 World Endurance Championship season, which is likely to be based on this upcoming road-going hypercar. The move marks the first time Ferrari has contested an outright victory at Le Mans since 1973, with the brand focussing on GT class racing in recent years. This mule gives nothing away about the new car’s styling, as for now the new running gear is hidden beneath adapted LaFerrari bodywork. However, the fact that its panelling is identical suggests the new car will be a similar size and shape to the current model and that it’ll be based on similar underpinnings. Ferrari has not revealed any technical specifications for the LaFerrari replacement yet, but it’s very likely to feature a developed version of the same naturally aspirated V12 engine as its predecessor, put to use most recently in the 812 GTS with 6.5-litres of displacement. It should feature some sort of electrical assistance too, using either an energy recovery system or some of the electric technology found in the SF90.

Two years ago, Ferrari’s Chief Technology Officer, Michael Leiters, told Automotive Daily that it would be “very easy” to adapt the SF90’s hybrid technology to future cars. He said: “There will be other [hybrid] models, but with specific powertrain characteristics.” However, word from other Ferrari executives suggests that a plug-in hybrid version of its V12 engine may not be in the plan – lighter electrification may be chosen instead. Enrico Galliera told us in 2019: “To be honest, electrifying a V12 means creating a very, probably heavy and big car. So electrification ideally should be coupled with smaller engines. “The philosophy is to try to be ready with different technologies in order to use them according to what we think is the necessary evolution. That’s why we have a wide range of engines – V12, V8 and in the future the V6. That’s why, in terms of technology, we have the normally aspirated engines like the V12. We have the turbo technology in the V8 and now we have the plug-in hybrid.” Galliera also hinted that Ferrari’s next flagship hypercar won’t focus on upping the SF90’s 735kW output and will instead major on lightness, controllability and aerodynamic efficiency. He also suggested that the car could be made available with a non-hybrid powertrain, which could also position the LaFerrari replacement as a rival for the Aston Martin Valkyrie.