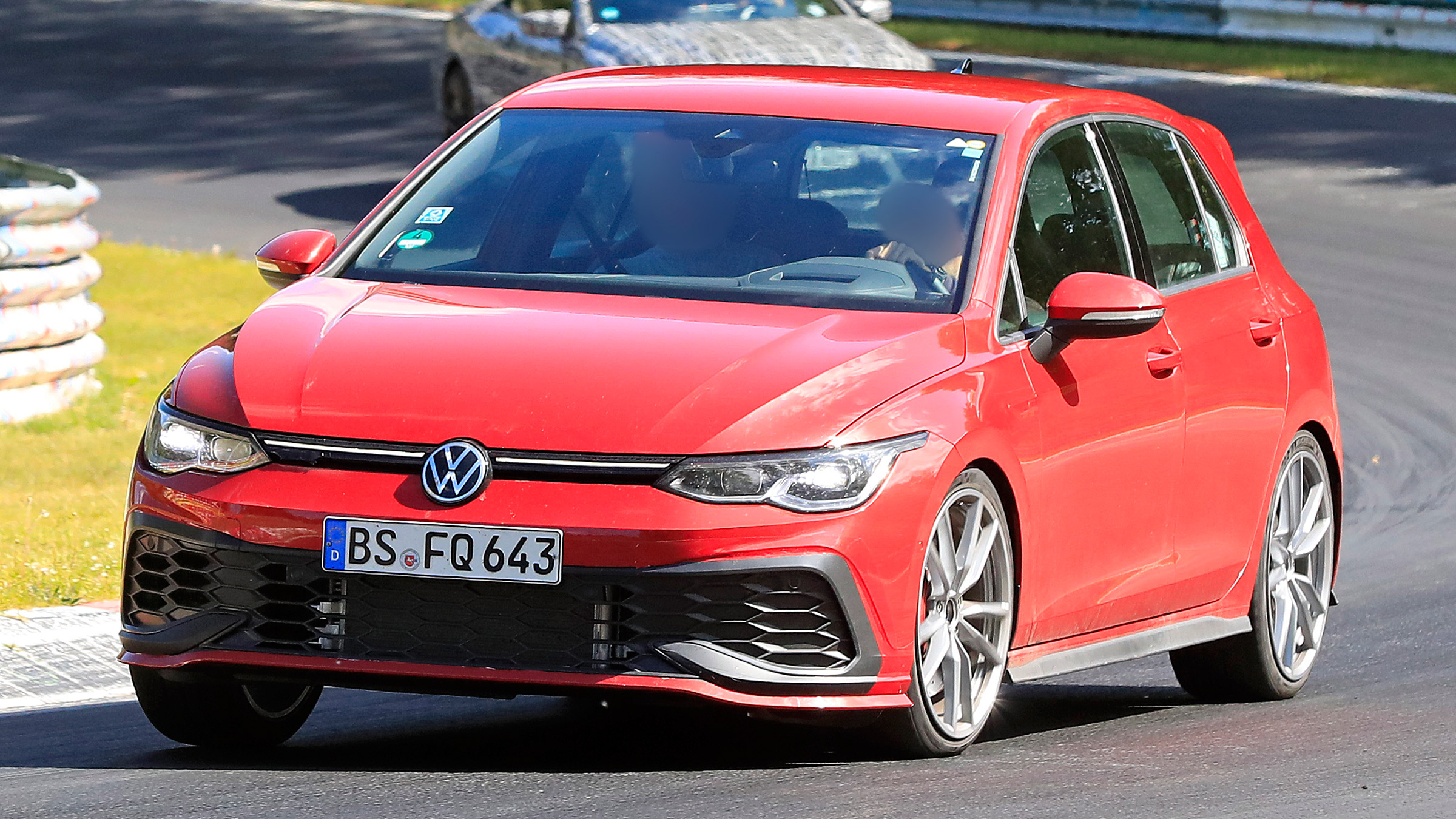 The track-focused Volkswagen Golf GTI Clubsport is set to get a big power boost and new Nurburgring developed chassis settings.

The wraps have only just come off the latest-generation Volkswagen Golf GTI, but these latest spy shots suggest that the brand’s engineers are hard at work developing a new member of the Mk8 GTI family at the Nurburgring.

It’s likely to be the next VW Golf GTI Clubsport, which will be revealed later in the year as a new halo model for the GTI, but will still sit beneath the upcoming Golf R in terms of power and grip.

While the R has long been the Golf’s all-wheel-drive flagship model, the GTI Clubsport sticks with front-wheel-drive and delivers a smaller curb weight, while introducing several modifications over the regular GTI. These spy shots show a new, slightly larger spoiler on top of the hatch lid, new, oval shaped exhaust tips, fresh wheels, while larger, ventilated brake disks are spotted at the front, and the whole car rides lower. According to a leaked internal document that hit the web before in advance of the 180kW GTI’s reveal in March, the ‘TCR’, as it was then labelled, was set to develop 220kW. Power comes from Volkswagen’s venerable 2.0-litre turbocharged EA888 petrol engine, with drive sent to the front wheels through either a six-speed manual gearbox, or the brand’s seven-speed DSG automatic. While new cars are frequently spied testing at the Nurburgring during their development, a Volkswagen insider told Auto Express earlier in the year that the circuit forms a core element of the new Clubsport’s development programme, and that models such as this have been a key part of the GTI family since the introduction of the Mk5 model in 2005. “Looking back, the GTI was sometimes like a trim line, and then Volkswagen decided to get it really back to the GTI. This car will be even more GTI than its predecessors.

“In the GTI Clubsport we will have a Nurburgring function which is a special chassis setup we have developed at the Nurburgring.” The inside source also told us that the brand’s engineers are working on developing a specific steering system for the Clubsport to replace the regular GTI’s.

It’s highly possible that the GTI Clubsport would have been launched at the upcoming annual meeting of GTI enthusiasts at Worthersee in Austria, which VW often uses to reveal one-off concept and special edition GTI models directly to fans. However, the meeting, which was due to take place in May, has been cancelled due to the ongoing Covid-19 pandemic. An alternative reveal should take place in the coming weeks.