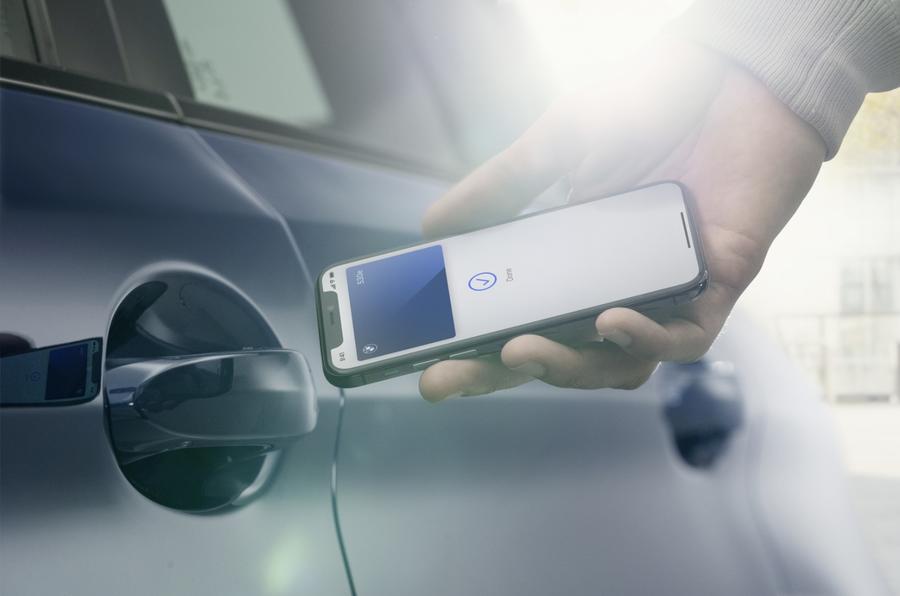 BMW customers will be the first to use an iPhone to unlock and start their car at the touch of a button.

Apple has launched a new CarKey function that allows drivers to unlock and start their car using their iPhone – and BMW will be the first manufacturer to adopt the system.

The driver will have to pair their iPhone or Apple Watch with a vehicle that supports the feature. They can then choose from a range of security levels, from requiring a face or fingerprint scan to unlock the vehicle to using near-field communication technology to automatically unlock the vehicle whenever the phone is close.

Vehicle owners will also be able to use iPhone messages to share digital car keys with friends or family members.

BMW is the first manufacturer to announce that it will integrate the new Apple function into its vehicles. Owners will be able to unlock their vehicle by using the BMW Digital Key function in their iPhone’s Apple Wallet. They will then be able to automatically start it by placing your iPhone in a special smartphone tray and pressing the engine start button.

BMW owners will be able to share access with up to five people and to restrict top speed, power, radio volume, and other features for guest drivers.

Apple has also added a news function to the navigation software in Apple Maps and paired with BMW to develop a feature that plots optimum recharging points for EV owners on longer journeys. The latter will be available in the BMW i4 that’s due to launch next year.