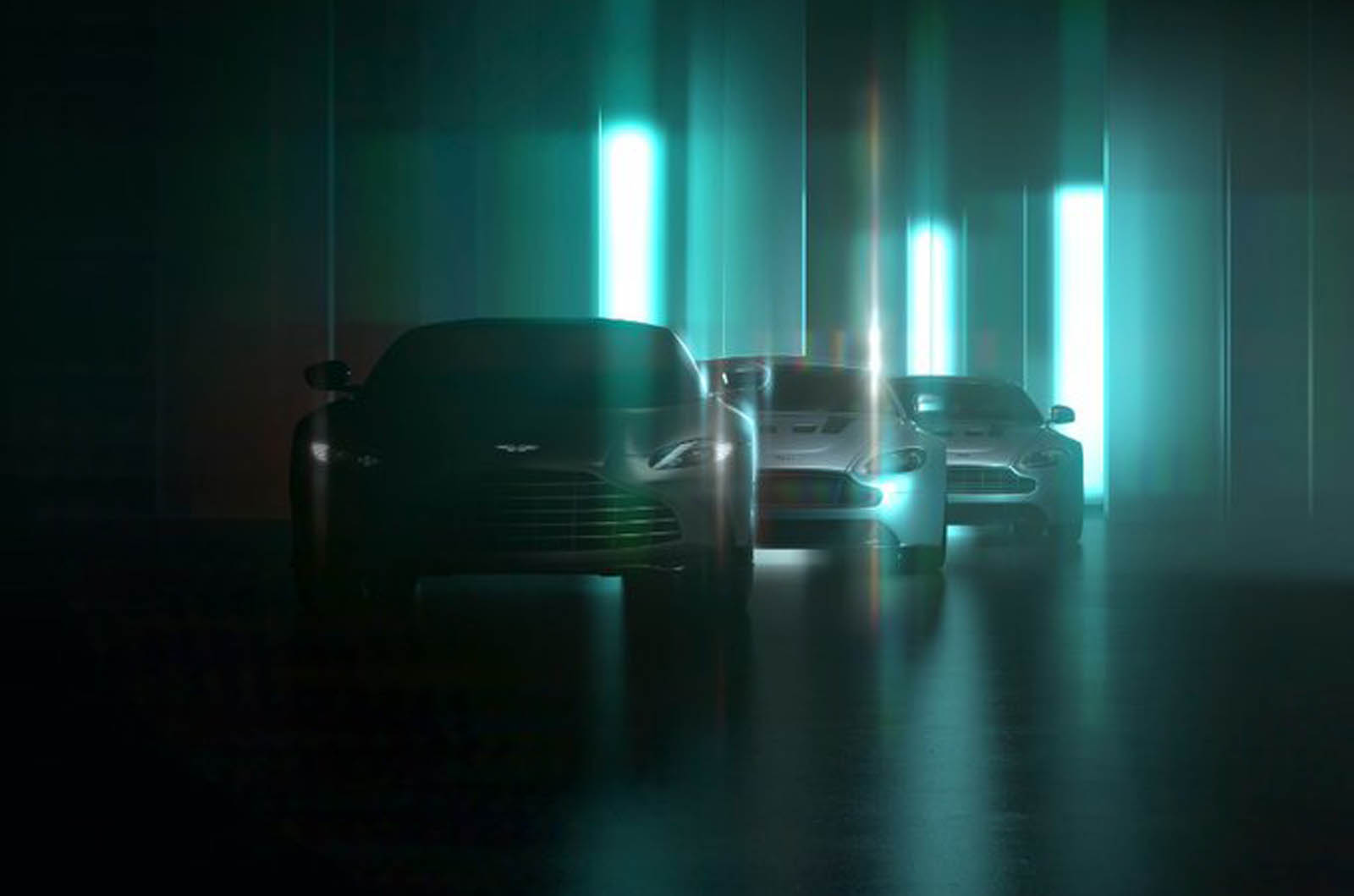 The Aston Martin V12 Vantage will return for one final generation in 2022, and a new teaser hints at how it will be marked out from the standard V8 car.

Shown next to its predecessors in a darkened image, the new 12-cylinder car looks to feature a bespoke front end with a much larger front grille – similar to that of the hardcore Vantage F1 Edition – and new vertical air intakes. Just about visible is a downforce-enhancing front splitter, which will likely be made from carbonfibre.

Aston previously announced that the new Porsche 911 Turbo S rival will arrive in 2022 but didn’t share any details of the model’s design or technical specifications. A short preview clip (below) gives a teaser of its engine note.

Our spy photographers previously spotted a Vantage testing at the Nürburgring with a V12 – a powerplant that isn’t offered in the current Vantage but appears in the related V12 Speedster.

The spied Vantage mule featured an updated front grille, a large twin exhaust, additional air intakes and a bonnet bulge that was suspected to hide an engine larger than the V8 of the current Vantage.

Aston Martin CEO Tobias Moers previously outlined plans to introduce 10 new derivatives of existing models within the next two years, with the V12 Vantage being one of them.

The British firm faces challenges to make its V12 engine compliant with Euro 7 emissions standards, but Moers admitted that “aficionados for a V12” would make the endeavour worthwhile.

Other changes for the Vantage are expected to include chassis upgrades and a new infotainment system.