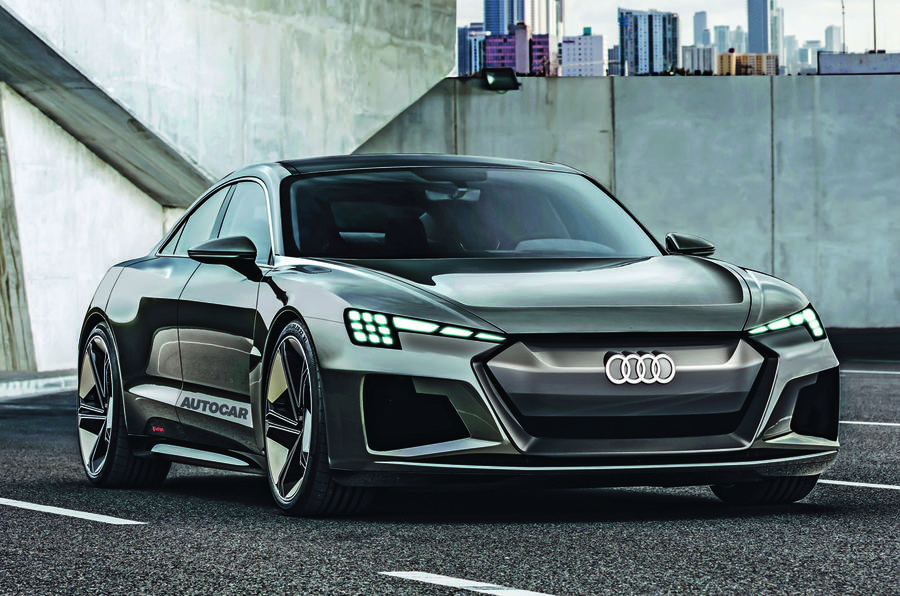 Audi will preview the next addition to its E-tron electric car family at the Shanghai motor show next week, and has released an early teaser image.

Referred to so far only as the “Audi concept car for Auto Shanghai”, it looks as if the new model will take the form of a performance-focussed saloon model in the vein of the recently launched E-tron GT.

Beyond that, no official information has yet been published, but it seems likely that the concept will preview the first Audi model to use the new PPE platform being developed in partnership with Porsche.

Set for launch in 2023, this new four-door model is thought to be comparable in size and silhouette to the combustion-fuelled A5 Sportback currently on sale. The PPE architecture it will use is destined for full-sized Porsche and Audi luxury cars in both the traditional car and SUV segments. Like the more sporting-focused J1 architecture used by the Porsche Taycan and Audi E-tron GT, PPE will have 800V charging functionality for rapid charge times, and can house batteries big enough for a range of around 300 miles. A rear motor is standard fitment, but more potent models will adopt a dual-motor set-up, and new functions like torque vectoring and all-wheel steering will be available.

Visually, we can see the concept will be marked out as a member of the E-tron line-up by its prominent blanked-off grille, slim headlights and heavily sculpted front air channels. A low leading bonnet edge suggests an aerodynamic design focus, while larger brake discs and calipers are clues to its performance focus.

More details will be revealed when the Shanghai motor show gets underway on Monday.