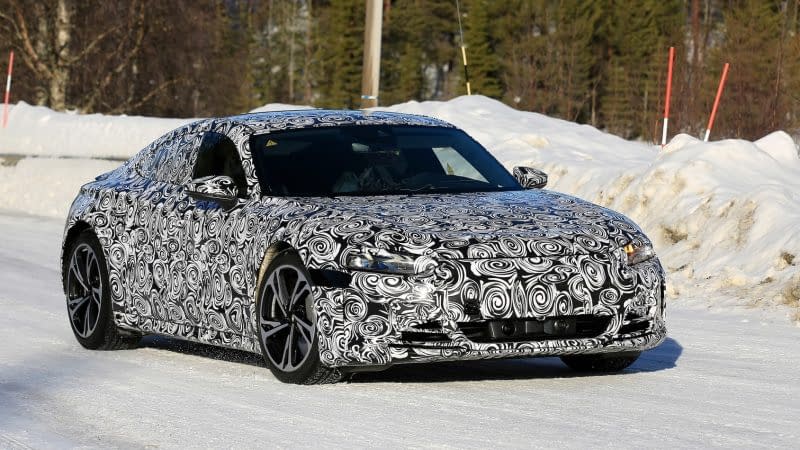 We’ve seen and had a brief drive of the concept, but how’s the production version of the Audi e-tron GT coming along?

The production version of the new Audi e-tron GT has been caught winter testing ahead of its full reveal due later this year. Concept cars can sometimes look far better than the production models they eventually spawn, but from what we can glean from these cold weather shots the e-tron GT looks like it will be every bit as sharp as the show car, and despite wearing the mandatory swirly disguise it looks a little like a cross between a TT and an R8, which is a good thing in our book, especially for what will be a four-door model.

The production car would certainly appear to be closely aping the concept with both the headlights and arrow-style rear light clusters being present and correct, but what we’d not previously seen on the concept was the retractable spoiler sitting on the top of the boot lid. Judging from the size of the drilled discs and the calipers, this looks to be the top performing model that will offer similar performance capabilities to those of the Porsche Taycan on which the e-tron GT is loosely based.

The J1 platform used for the Taycan and the e-tron GT will also be used for the next-generation R8, but Porsche and Audi engineers have been working carefully to ensure that each model will have its own distinct character. Thanks to the lithium-ion battery pack being located low down in the chassis, the GT has a low, sleek appearance and can perhaps be thought of as a lower, sleeker take on the A7. 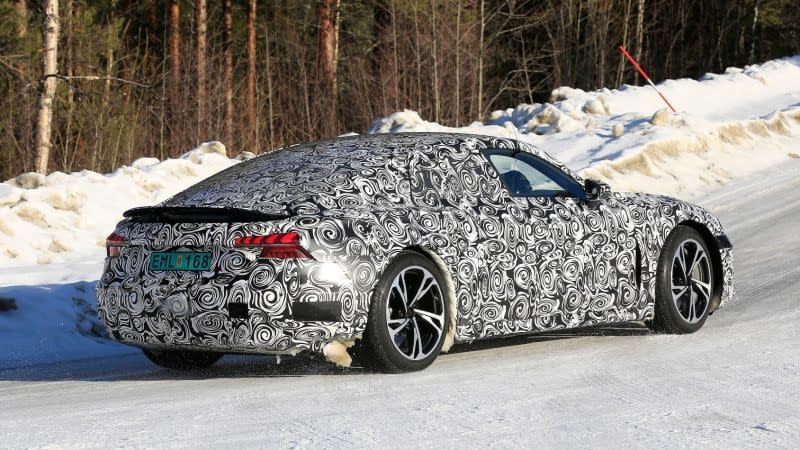 The GT is the next step in Audi’s evolutionary approach to its design language for EVs, where it believes its customers are keen to have some links, as far as styling is concerned, back to what they are familiar with. Thus the GT is a quiet revolution, subtly altering the traditional Audi grille with closed off rather than open sections, while its general proportions and silhouette are very much in keeping with sporting Audis.

Like the Taycan, the e-tron GT utilises an 800V electrical system, which should not only allow the GT to have consistent and repeatable performance levels, but also allow for very rapid charging – with a zero to 80 per cent recharge taking around 20 minutes should you have access to a suitably rapid charger. The 90kWh battery pack should give the GT a real world range of around 400 kilometres, which Audi says is the minimum its customers would expect in order to counteract range anxiety. 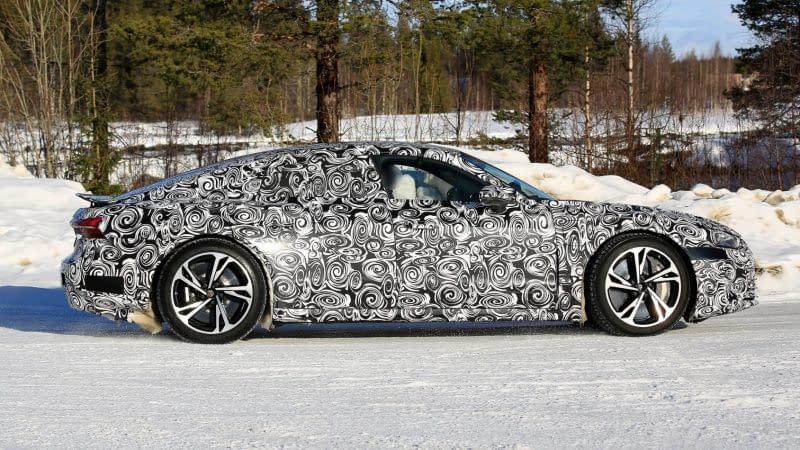 Performance will be impressive, if perhaps not as mind-boggling as the indecently rapid Taycan. The GT follows the familiar path of being equipped with two electric motors – one for each axle – and will have a combined power output of 435kW, good enough for a
0-100km/h time of 3.5sec, while its 0-200km/h time of around 12 seconds gives a fuller picture of its performance potential. Top speed will be capped at 240km/h.

Inside, the concept car had an interior that will keep the vegans happy with a mixture of man-made and recycled materials, and while it might not be what Audi buyers are familiar with, it did still have a high quality feel to it and offered a glimpse as to what the production car might look like. It’s a bit of a departure from the current production models with a large screen sweeping around the driver and fewer buttons than we’ve become accustomed to.

The e-tron GT in its production form is due to make its debut later this year, with the Los Angeles auto show being a likely contender for the car’s reveal. Prices and further specs will be revealed in due course.