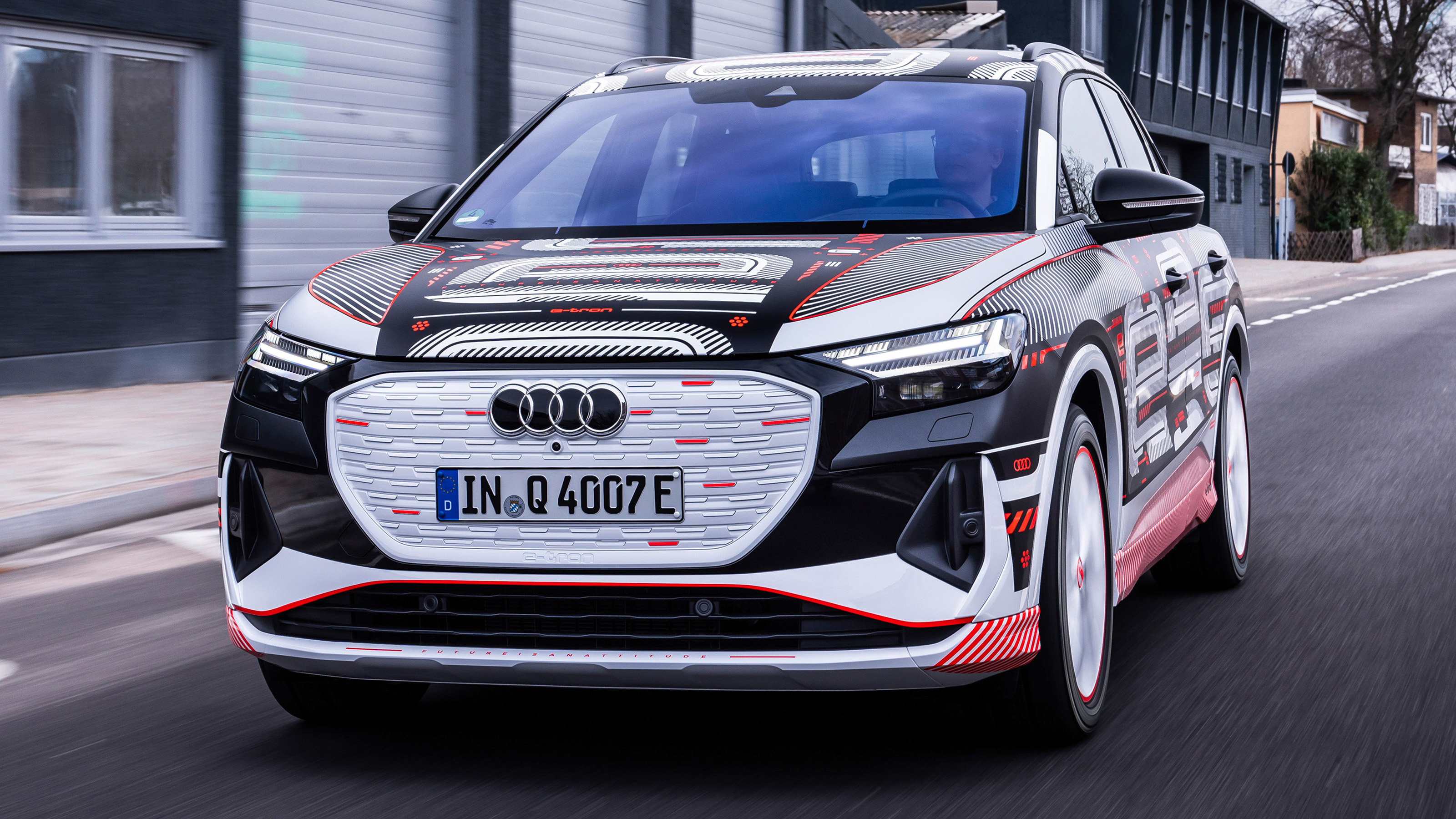 Audi’s foray into the electric car market has seen it launch a luxury SUV and a Porsche Taycan rivalling four-door GT. But up next will be what it hopes is its first volume seller in the EV market: the Q4 e-tron.

Audi’s foray into the electric car market has seen it launch a luxury SUV and a Porsche Taycan rivalling four-door GT. But up next will be what it hopes is its first volume seller in the EV market: the Q4 e-tron.

It’ll be on sale later this year and is positioned as a rival for the Mercedes EQA, Volvo XC40 Recharge and BMW iX3. However, compared with these rivals it has a distinct advantage – a purpose made electric car platform, as the Q4 e-tron is Audi’s first EV based on the VW Group MEB architecture, shared with the Volkswagen ID.4, Skoda Enyaq and the upcoming Cupra Born. Audi has not yet revealed the official powertrain stats for the newcomer, but based on what we know of its Volkswagen and Skoda badged siblings we can assume a line-up of four models, starting with a rear-wheel-drive model with a 125kW electric motor and topping out with a dual-motor quattro car with over 225kW. Batteries with usable capacities of 52kWh to 77kWh will slot into the MEB system, while 11kW AC wallbox compatibility will be combined with 125kW DC charging – the latter figure meaning a rapid charge from 0-80 per cent can be completed in half an hour.

As for range, we already know that the ID.4 with a 77kWh battery claims a maximum of 500km/h under WLTP rules, and when the final figures for the Q4 e-tron are published, we expect the same. On the digital instrument cluster, our car reads 390 kilometres of range on a near full battery, so in the real world, expect about 420 kilometres or more. We’re driving the most powerful version of the newcomer, with all-wheel-drive and 225kW, and its status as the most performance laden MEB vehicle we’ve tried so far is immediately obvious.

0-100km/h takes little over six seconds, and on the German autobahn the trip to the electronically limited top speed of 180km/h is effortless. But it’s not just the pace that makes the Q4 e-tron quattro stand out compared with what we’ve seen so far from the likes of the VW ID.4 – the way it handles catches our attention too. The two-tonne weight is quickly forgotten. Supported by a low centre of gravity, a long wheelbase and optional adaptive suspension, the Q4 e-tron feels sporty, almost like an electric version of the SQ5.

Alongside the great motorway manners, and tidy handling on country roads, it seems to shrink and become agile around town too. That’s the huge benefit of the purpose made platform – it provides so much space for the front wheels to turn that this SUV feels as easy to pilot around tight city streets as a small hatchback, and with a multitude of cameras around the vehicle broadcasting onto large screens, it’s easy to park too. We’re a little less impressed with the brake pedal and regenerative deceleration settings. Even with the Q4 e-tron in its maximum-regen setting, one pedal driving isn’t really possible – something seasoned electric drivers might miss. While the car’s exterior remains under a very light disguise, the interior has now been revealed in full. It’s headlined by a new almost hexagonal steering wheel, fully digital instrumentation as standard and Audi’s well-known 10.1-inch MMI touchscreen. However, a new 11.4-inch screen with higher resolution graphics will be optional. The interior makes use of more sustainable, recycled and vegan trim options than before, and though much of the design and switchgear is conventional Audi, the cabin is well differentiated from VW and Skoda’s MEB SUVs. However, you’re struck by the sheer amount of space in the cabin. With no transmission tunnel and wheels pushed right to the car’s extremities, the level of space inside feels vast, and rear passengers get almost as much legroom as you’ll find in the Q7.

There are loads of clever new storage spaces too, including bottle holders in the doors, and the boot of 520-litres with all seats in place is large for a crossover the size of the Q4 e-tron, almost matching the Q5. An augmented reality head-up display makes its debut in an Audi too. Projecting onto the windscreen, this new system creates virtual graphics and prompts that appear to float about ten metres ahead of the car. Directions from the navigation are supplanted by a floating arrow out ahead of the bonnet, while it also supports driver assists like the lane-keeping and cruise control functions, showing the driver their position in lane and distance from the car ahead. Audi could take the lead of the Tesla-chasing pack with the Q4 e-tron. It feels like a compact electric SUV that ticks so many of the right boxes, with loads of space, good range, high-quality materials, and new tech you won’t find on any other Audi just yet. If the price is right, the brand’s small electric SUV could be a big success.