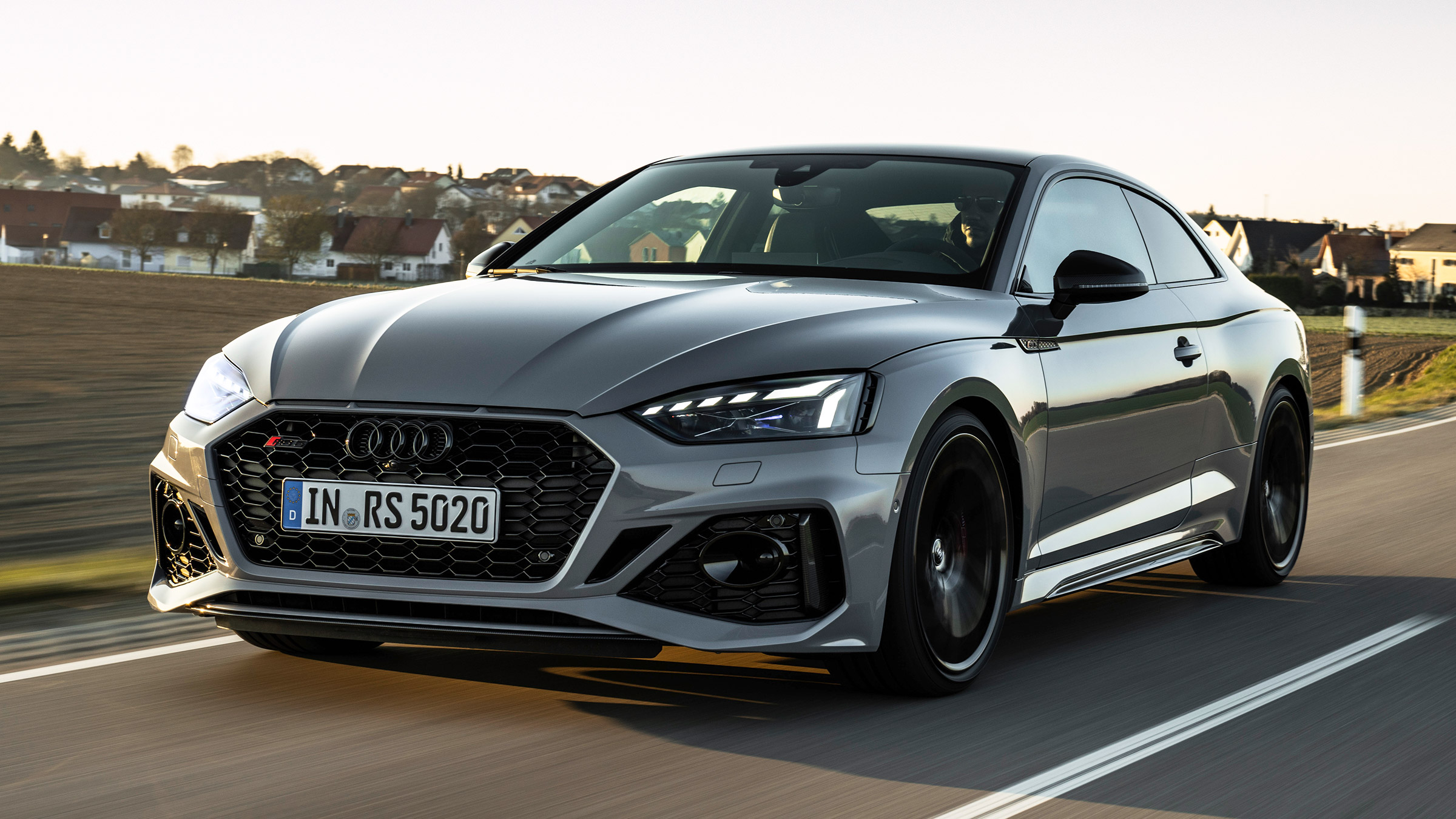 Six years ago, when current Audi design chief Marc Lichte joined the company, the brand was putting the finishing touches to what were about to become the new A4 and A5. Lichte never got to influence the styling of those cars, but both models have now been facelifted – and this new RS 5 flagship completes the round of updates to Audi’s small executive line-up.

The facelift follows a template set out by the recently revised RS 4 Avant. Up front, the RS 5 has a sportier profile than the more practical hot estate, but the grille is a wider, flatter, single-frame unit that gains a trio of air intakes beneath the bonnet. The intakes on either side of the grille have been redesigned, too, and are now trimmed with matching body-coloured elements. Finally a new set of headlamps completes the revisions at the front. Move down the sides of the RS 5 and you’ll spot that the wheelarches have become even more flared than before, while new 19-inch alloy wheels are fitted as standard and 20-inch rims are offered as an option. Similarly, the car’s side sills are new, and a reshaped rear diffuser has been added. Finally, new LED tail-lights have been fitted to complement the new styling cues found up front. All things considered, you should be able to tell old from new, but inside, the only visual change is the introduction of a 10.1-inch infotainment touchscreen, while the digital dials gain new graphics. Under the bonnet, though, things remain largely unchanged. The engine is a 2.9-litre twin-turbocharged V6, developing 331kW and a huge 600Nm of torque, and that power is sent to the quattro four-wheel-drive system through an eight-speed auto box. In theory, this performance coupe should be capable in nearly any situation. Step on the throttle, and the sound from the V6 is good, but not fantastic; if you want pure drama, then the V8-powered Mercedes-AMG C 63 Coupe still holds the upper hand. However, the Audi’s straight-line pace is on the money, pressing you back into the sculpted sports seats with force.

In normal driving conditions, 40 per cent of the torque goes to the front axle, 60 to the rear. When the car loses traction, up to 70 per cent can be pushed forward or up to 85 backwards. You don’t notice any of this, of course, and Audi’s engineers have balanced the flow of power almost perfectly.

Is it truly fun, though? Not unless you press the new RS button on the steering wheel. Do this and the electronics sharpen the engine and transmission, weight up the steering, tighten the sport differential and chassis settings, and boost the sound. Pressing for three seconds disables the stability control, but as with all quattro Audis, the RS 5 feels overwhelmingly neutral, with little desire to oversteer when pushed. Overall, the RS 5 is very similar to what came before. Be in no doubt that it’s a fast car, but it doesn’t deliver the thrills of either the outgoing BMW M4 or the raucous C 63. Instead, the RS 5 majors on the ease with which you can access its performance. It’s a car to be pushed, rather than one that pushes its driver, so those wanting excitement will have to look elsewhere. The Audi RS 5 is a marginally better car than before courtesy of this mid-life facelift. Many fans will like the new, more aggressive looks, but the main characteristics remain unchanged. So although this is a practical performance coupe that will be easy to live with, it’s not the most engaging four-seat sports car on the market. It could do with delivering more excitement, both aurally and emotionally. Less perfectionism and more fun are needed.