Air suspension that’s 15 per cent stiffer and a performance-inspired makeover inside and out comprise the recipe for this new Bentayga S variant.

Bentley has added a new model to the Bentayga SUV line-up called Bentayga S. It’s a sportier alternative to the existing V8 version of the brand’s luxury off-roader.

S specification builds on the regular V8 Bentayga with a raft of new styling features, but also changes under the metal intended to make the big Bentley sportier to drive.

On the outside, the new Bentayga S is marked out by its new, racier appearance. Black detailing is used extensively, covering the exterior brightwork. The new black tint is applied to the lower door and bumper cladding, the window linings, the headlight and taillight housings, the side vents and the new lower front grilles. You’ll also find it applied to the housing of a new, larger rear wing.

Joining the list of new details is a set of 22-inch five-spoke wheels unique to the S specification. There’s also a more imposing looking rear exhaust setup. The new sports exhaust is another S-model specific alteration, which Bentley claims is freer flowing and introduces more volume as well as a sportier tone. The new design is available in three finishes. It comes silver painted as standard, but can be ordered in full gloss black or a two-tone finish for an extra fee.

In the cabin, the Bentayga S gets new split-tone Alcantara upholstery, while two sports seats now make up the front row. It’s still available in four, five or seven-seat configurations, while elsewhere new touches include embossed S logos on the seats and new treadplates. Power is provided by an unchanged turbocharged 4.0-litre V8 producing 404kW and 770Nm of torque, enabling 0-100kmh in 4.5 seconds and a top speed of 290kmh. But while there’s no extra power, the Bentayga S gets a revised chassis with unique settings for the Bentayga’s Sport drive mode.

The car is still fitted as standard with three-chamber air suspension but the air setup is now up to 15 per cent stiffer than on the regular Bentayga, when the Sport drive mode is selected. Sport mode also introduces a new traction control setting and a new tune for the Dynamic Ride Control anti-roll technology.

Bentley claims this results in a sharper turn-in, less body roll and better steering feel. The brand has also recalibrated the torque vectoring system (which brakes the inside wheels slightly to aid turn in) to a more aggressive setting. 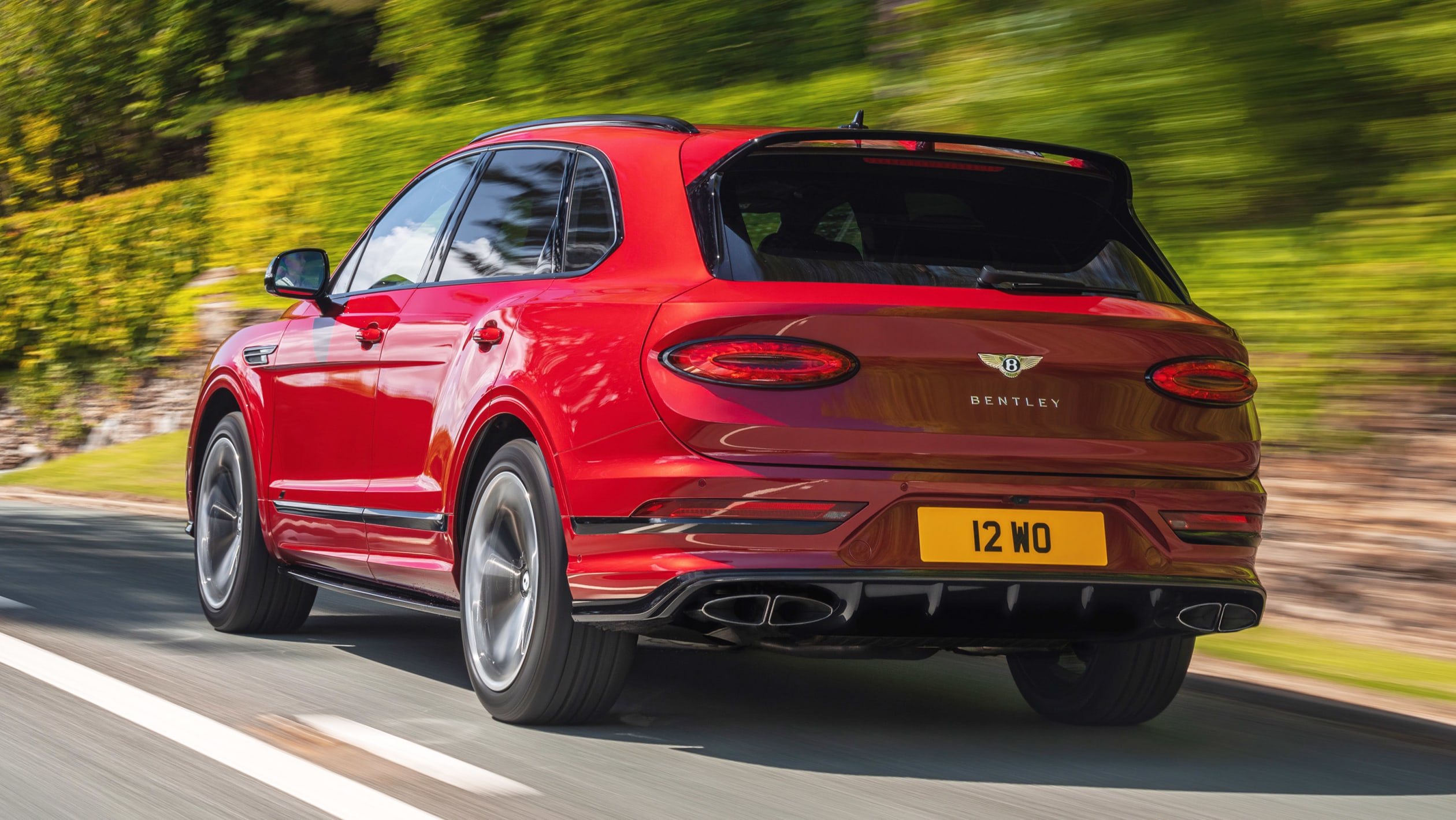 While the Bentayga S fields a new Sport mode, it keeps hold of the regular Bentayga’s optional All-Terrain package with its four off-road modes (Snow and Wet Grass, Gravel and Dirt, Mud and Trail, and Sand).