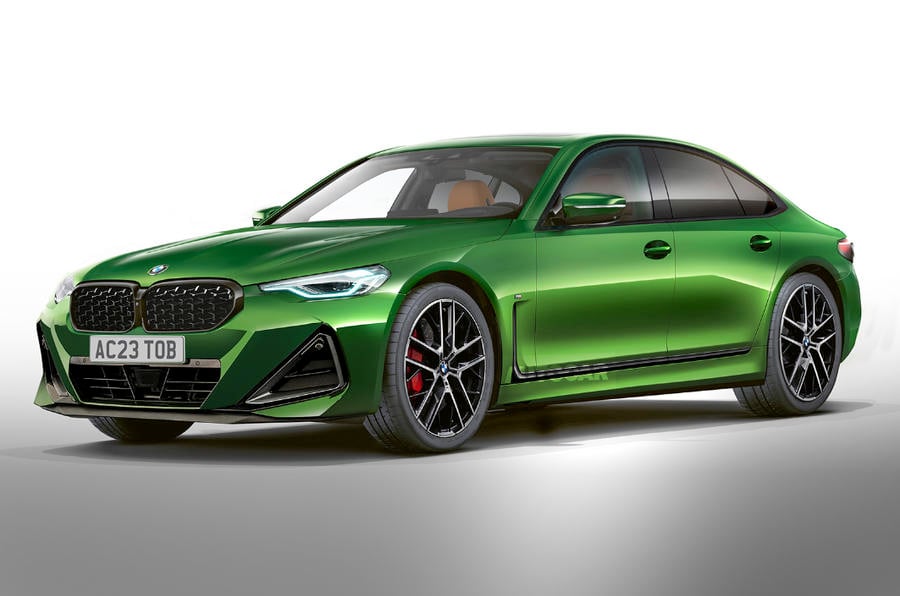 The seventh-generation BMW 5 Series will bow out after seven years in mid-2023 and its successor will be radically transformed, both technologically and stylistically, as part of BMW’s transition to a maker of electric cars.

Most notably, the 5 Series will follow its X3 and 4 Series siblings in being offered with a choice of pure-combustion, hybrid and full-electric powertrains in line with BMW’s ambition to sell seven million plug-in hybrid and pure-electric vehicles by the end of 2030. By the time the new 5 Series goes on sale in 2023, the BMW Group will offer 12 fully electric vehicles globally, including EV versions of the X1 crossover and 7 Series (see bottom of story), and an all-electric version of the 3 Series is being readied as a sibling model to the i4.

The next 5 Series – which brings a sharper front-end design and a more rakish roofline than the current car – will sit atop an evolved version of the modular Cluster Architecture (CLAR) used by all current BMW models apart from the i3, 1 Series, 2 Series Gran Coupé and 2 Series Active Tourer. Compatible with pure-combustion, mild-hybrid, plug-in hybrid and fully electric powertrains, as well as both rear- and all-wheel drive layouts, the CLAR platform underpins BMW’s strategy of portfolio diversification in the run-up to going all-electric. 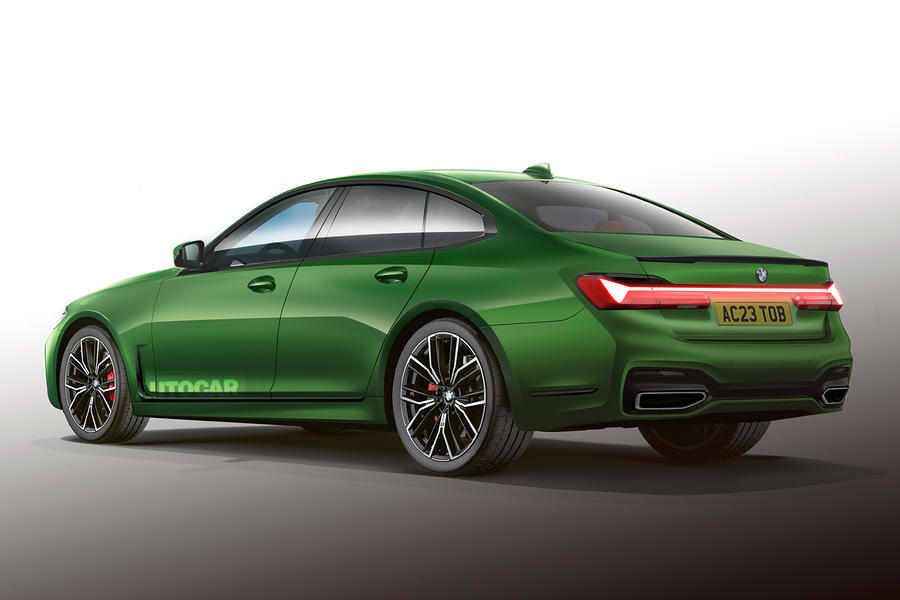 The 5 Series will be one of the last all-new BMW models launched before the company begins the ‘third phase’ of its electric transition in 2025. This new era, termed ‘Neue Klasse’ in reference to the mould-breaking saloon cars that catapulted BMW into the mainstream in the 1960s and 1970s, will usher in new-generation EV powertrains, heighten BMW’s focus on supply chain sustainability and introduce an all-new software platform with the aim of providing “a completely novel user experience”.

Codenamed G60, the new 5 Series could be updated during its life cycle to keep pace with Munich’s new-era line-up. However, when the car is launched in 2023, BMW’s ‘Power of Choice’ strategy will still be in operation (a follow-up to the initial ‘Project i’ programme under which the i8 and i3 were launched), whereby each model in the lineup is offered with combustion, hybrid and electric powertrains. To that end, it is set to largely retain the current car’s turbo-only four- and six-cylinder petrol and diesel motors, as well as an expanded choice of plug-in hybrid systems centred on a 2.0-litre or 3.0-litre petrol combustion unit. Less certain is the survival of the 4.4-litre V8-powered M550i xDrive to occupy the gap between the 540i and top-rung M5. Its twin-turbo N63 petrol engine dates back to the first-generation X6, launched in 2008. This will make the unit 15 years old when the Mk8 5 Series arrives, so it will not be a strong candidate for expensive modifications to be made compliant with new Euro 7 emissions regulations.

One possibility for the M550i’s successor is an uprated version of the 545e PHEV’s four-wheel-drive powertrain, which comprises a 3.0-litre straight six and a 80kW gearbox-mounted electric motor for a combined 289kW and 599Nm. BMW has previously said CLAR-based PHEVs could accommodate electric motors with up to 150kW, which hints at the potential for a circa-375kW hybrid to sit beneath the M5. The M5 itself has been widely tipped to match its arch-rival, the Mercedes-AMG E63, in adopting plug-in power for its next iteration but with a petrol unit of larger capacity than AMG’s electrified turbo four. 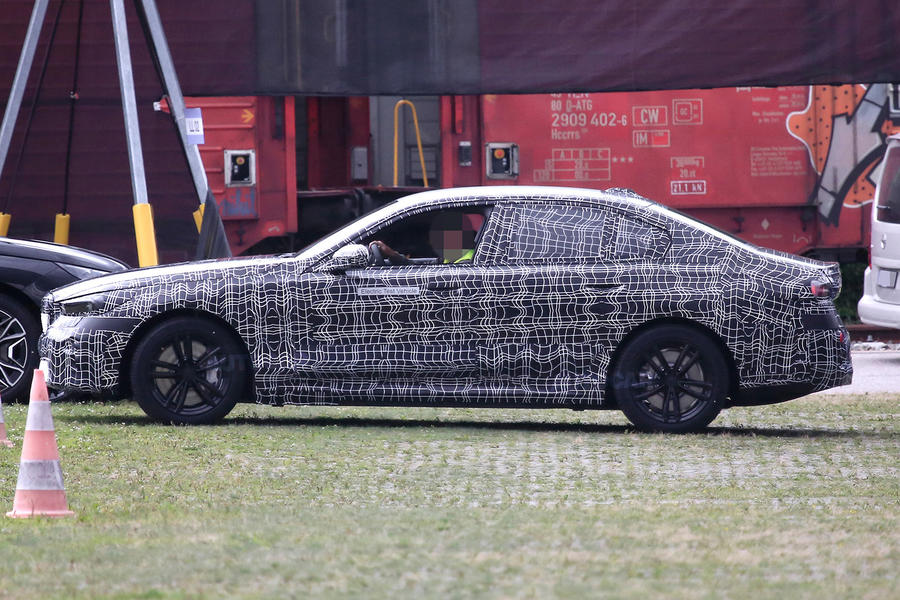 BMW development boss Klaus Fröhlich has already said there will not be any fully electric M cars until 2025. “Until then, we will have normally aspirated, turbo and ‘powered’ PHEV applications that deliver what we want to achieve,” he said, suggesting pure-electric powertrains and platforms remain too heavy to match the dynamic performance of today’s M cars.

An M5 PHEV could use the electrified set-up tipped to appear in the upcoming X8 M performance SUV, which has been reported to mate the M division’s ‘S63’ twin-turbo V8 with a 150kW electric motor for a combined output in the region of 560kW. In the M5, that would almost certainly prove a significant enough boost (around 100kW) to offset the weight penalty of a hybrid powertrain. It would also provide BMW with a contender to rival the forthcoming PHEV variant of Mercedes-AMG’s GT 63 4-Door Coupé, which will pack around 600kW, hit 100km/h from rest in less than 3.0sec and have a top speed above 320km/h.

If the M5 does adopt such a set-up, it still leaves room at the top of the 5 Series line-up for an even more powerful fully electric performance variant based on the new i5. The CLAR platform can house up to three electric motors – two on the rear axle and one at the front – with a combined power output of 600kW. That would make even a far heavier ‘i5 M’ capable of outstripping the current, 460kW M5 Competition in a straight line.

Fröhlich also anticipates that an EV’s easily configurable traction control system means agility and responsiveness could be on a par. “The control can be 100% faster than on an M4 today, so it is easy to have a more responsive car,” he said. “If you want a drift mode that slips to five or 10 degrees – even 45 – then it is easy.” 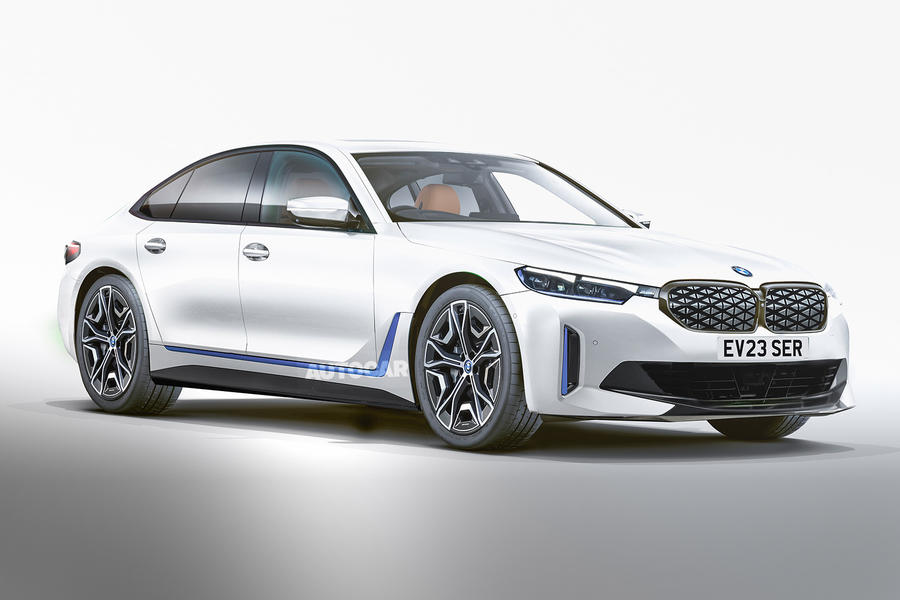 However, it remains to be seen if BMW would offer a road car this potent. The Porsche Taycan Turbo S has a maximum output of 560kW – even then only for a few seconds – and is one of the fastest-accelerating cars on sale today.

Further down the scale, the standard i5 will be marked out from the 5 Series in usual BMW EV style with a blanked-off grille, bespoke wheel designs and, based on subtle differences between two recently spotted prototypes, a bespoke rear-end design. The i5 is highly likely to mirror the line-up of the new i4, which means potentially a choice of rear- and four-wheel drive, with outputs ranging from 250kW in an entry-level i5 eDrive40 to 392kW in a twin-motor M50 xDrive model. The i4’s 80.7kWh battery pack, said to be 30% more power dense than the smaller i3’s 42.2kWh item, is also likely to feature, providing a WLTP range of around 560 kilometres at the top end.

BMW 5 Series 2020 facelift to be revealed next week