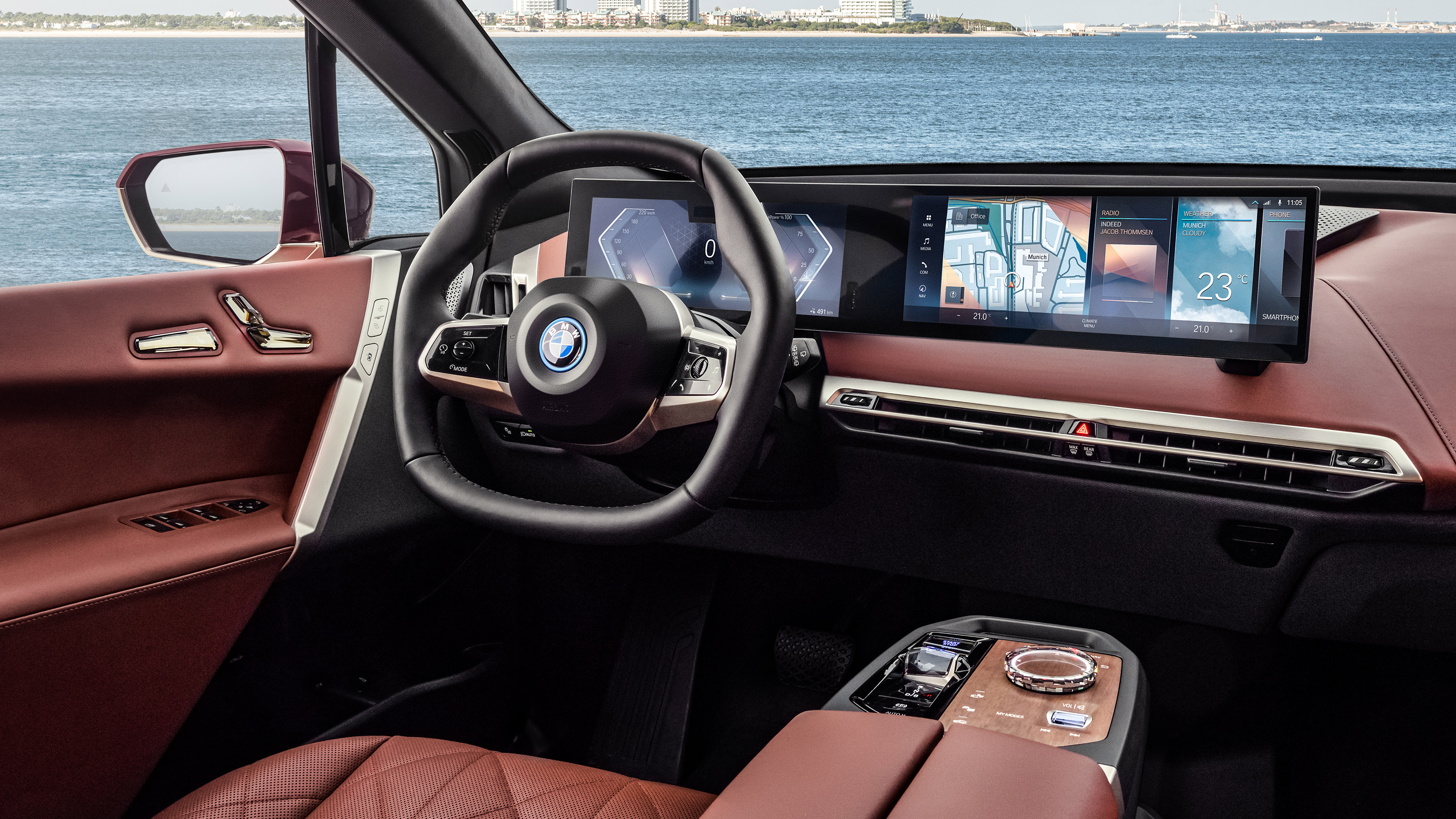 BMW has detailed its eighth-generation iDrive infotainment system, which has been revealed in the new iX all-electric SUV and is due to make an appearance in the firm’s upcoming Tesla Model 3 rival – the i4. Though we had already seen the new set-up when the iX was launched, BMW has now revealed the finer details of iDrive 8, including its new functions and abilities.

In the iX and in the i4, iDrive 8 is presented across two displays – a 12.3-inch digital instrument panel and a 14.9-inch central touchscreen (though it can still be controlled by a rotary dial). The two displays are seamlessly linked together on top of the dashboard to give the appearance of one large screen, encompassing both instrumentation and driver information within the central control unit.

Alongside the new hardware, BMW says iDrive 8 introduces a whole new look on screen, with a new graphical design language that is applied across menus, apps and navigation. BMW says that extensive personalisation is one of the key new features of the latest iDrive system, and options can be quickly selected by function keys on the steering wheel. Several layouts for the central display and the instrumentation can be chosen. The new iDrive features an updated version of the BMW Intelligent Personal Assistant, which the brand claims is now more personal than ever. Users can now even give the voice-assistant software a name of their choice, and the system also makes use of visual prompts on the information displays when handling tasks.

All Intelligent Personal Assistant settings can be saved to a BMW ID profile, which has been expanded with deeper personalisation and functionality.

The navigation system has been updated to what BMW calls “Learning Navigation.” It’s no longer a passive system, and it works with this more in-depth BMW ID to predict where the driver may wish to go. BMW’s example of where this may come in handy is that of a daily commute. The car will predict that the driver wants to go to the office, but may want the navigation on anyway, to get a sense of traffic and so that they can be warned of any delays ahead. As such, the navigation system will automatically prepare the best route.

Elsewhere, over-the-air updates functionality has also been increased. Introduced on iDrive 7, remote software updates on cars equipped with iDrive 8 will now incorporate updates to driving functions, such as driving assistance and semi-autonomous features. Owners will be able to schedule updates, too. Many of the new features on iDrive 8 relate not to functions, but to interior ambience and driving experience. The new My Modes feature alters 10 separate parameters, ranging from the colour of the interior ambient lighting and the weight of the steering to the graphics on the instruments and central touchscreen.

Cars with iDrive 8 introduce a new welcome/start-up programme, using ultra-wideband radio technology. The car senses when the driver is approaching the car by communicating with their key or smartphone. As soon as the driver is three metres from the vehicle, it will wake up with soft exterior and interior lighting patterns. The door handles and boot handle illuminate, and when the door is opened, the iDrive system starts automatically.