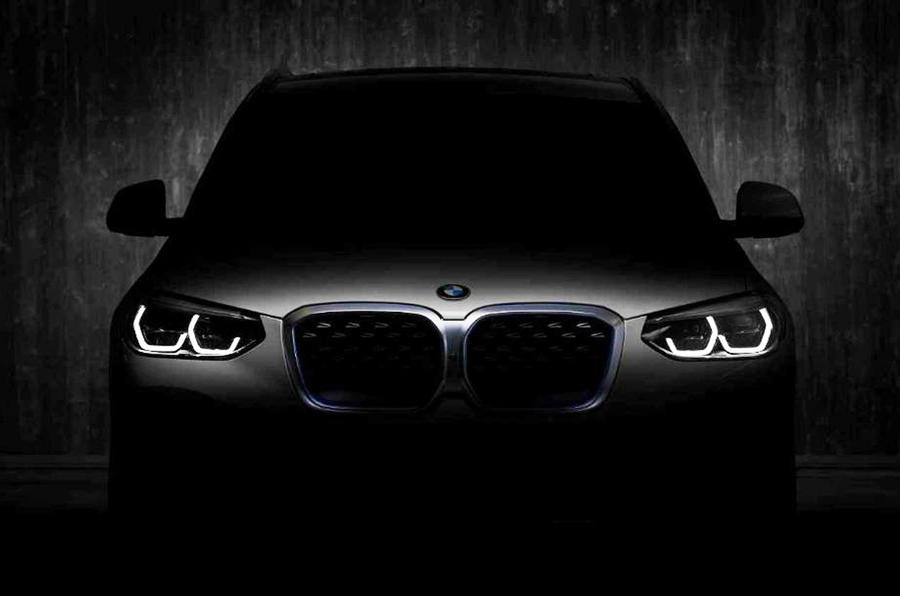 BMW will officially unwrap the new iX3 today, its second series-production EV, just over two years since it was shown in concept form at the Beijing motor show.

While an official preview image gives little away, images of the Mercedes EQC rival leaked on social media in April, all but confirming its final production styling.

First published by Instagram user cochespias and since circulated more widely, the images – alleged to be official BMW pictures – showed the Jaguar I-Pace and Mercedes EQC rival’s exterior with no body cladding for the first time. We can see the X3’s trademark kidney grille has been blanked out for production, as is often the case with EVs that no longer require air cooling to the same extent. Vertical intakes at each edge of the front bumper seem to be brake cooling ducts, while blue backlighting appears to feature around the grille and down the sills. 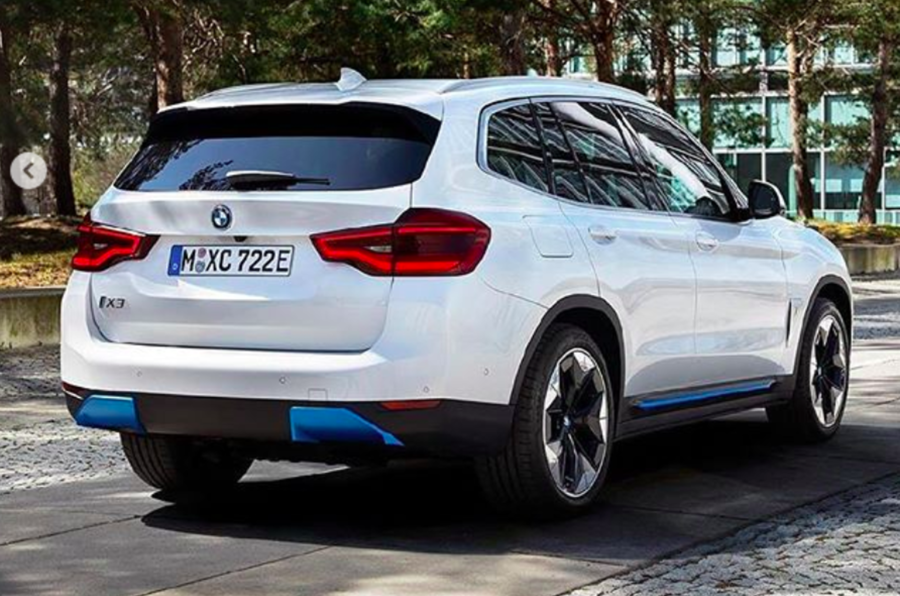 The unusual aero-focused wheel design is adopted from the iX3 concept, although the car’s overall look has been toned down a little as the EV becomes more closely linked to the standard X3. Blue detailing also features at the rear, with two panels acting as styling inserts in place of the usual twin exhaust outlets.

We have yet to see shots of the interior, but it’s safe to assume that – bar some new functions in the instruments and infotainment to show EV-specific information and buttons for the extra drive modes – it will remain largely identical to that of the standard X3.

Details of the production iX3’s powertrain are not yet forthcoming. When the 2018 iX3 concept was first shown the plan was to offer a battery capacity of over 70kWh, a range of around 400 kilometres and an electric motor rated at 200kW (an output that could in theory be doubled with a dual-motor set-up on top models).