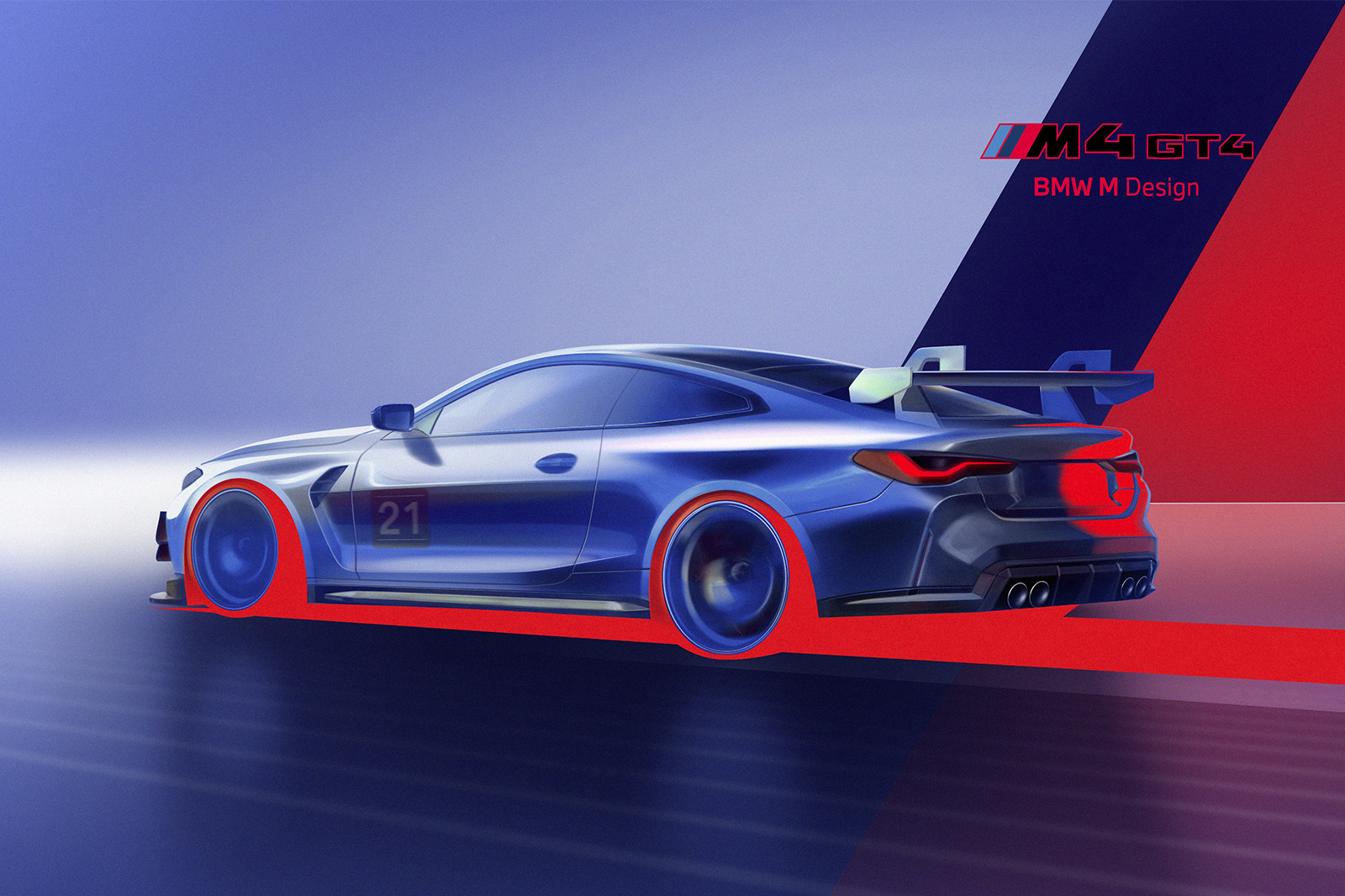 BMW’s Motorsport division has previewed the design of the new GT4 customer racing car and has confirmed the model has entered an “intensive” testing phase.

The GT4, based on the firm’s M4 Coupé, is expected to make its debut in 2022. BMW Motorsport shared a rendered image of the model’s exterior design on social media.

The design reveals the return of a large exterior spoiler, wide wheel arches and a front splitter. The GT4 will be based on the G82 generation of the M4 production model, replacing the GT4 variant that made its debut in 2018.

The current motorsport-focused M4 is driven by the same twin-turbocharged straight-six engine as the road-going model, but it produces less power because of racing regulation restrictions.

It is equipped with carbonfibre doors and bonnet for reduced weight, with other racing modifications including an FIA-standard roll cage, racing suspension and a less restrictive exhaust set-up.

The M4 has had much success since its 2018 debut, achieving 33 class wins and 100 podium finishes.

Customer racing cars have been specially designed for any driver to buy and take to the track.

BMW has a strong history of turn-key customer racers, with cars like the BMW M6 GT3 and BMW M2 CS Racing both achieving success in 2020.