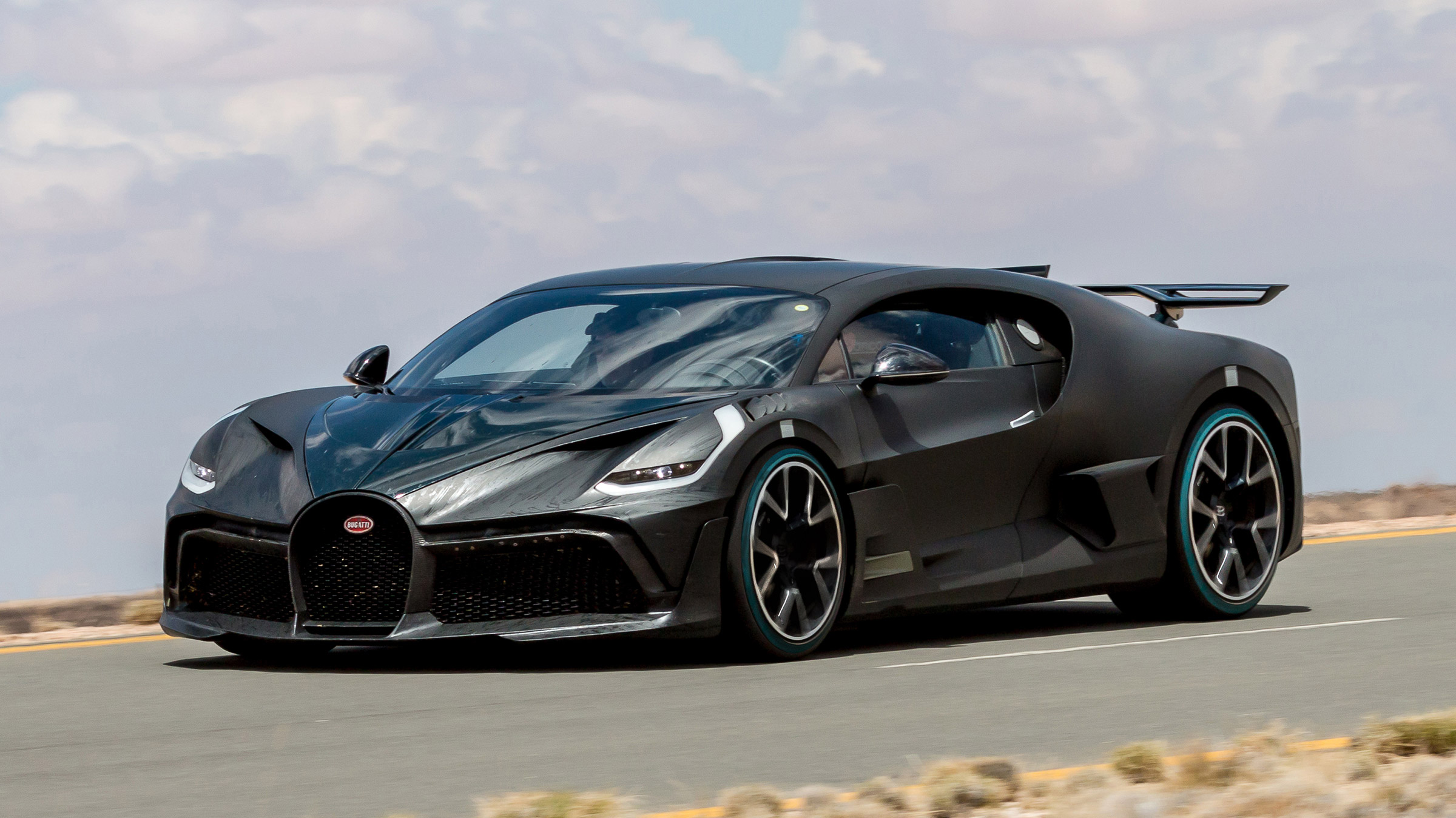 Revealed in 2018, the first examples of the $10 million Bugatti Divo are being delivered to customers.

The first examples of the Bugatti Divo hypercar are now being handed over to customers, the firm has announced, almost two years on from the new track-focussed Bugatti’s debut at the 2018 Monterey car week.

Based on the Chiron, the Bugatti Divo is lighter and more agile, reflecting an appetite among Bugatti’s clientele for – in the words of the project’s manager, Pierre Rummelfanger – a “corner-hungry” car.

The Divo is named after legendary racing driver Albert Divo, and celebrates Bugatti’s ‘coachbuilding tradition’. Only 40 will be built, with all of them sold prior to the car’s public unveiling in 2018. 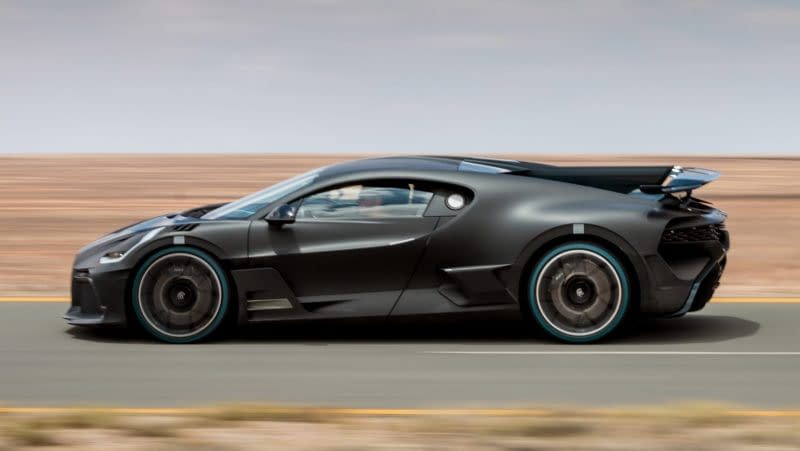 “Our customers and fans were waiting for a special vehicle which would tell a further story for the brand in addition to the Chiron,” said Bugatti boss Stephan Winkelmann at the time. “The Bugatti team was also very eager to implement a project like this.”

It features bespoke bodywork that majors on aerodynamic optimisation; the Divo gets a totally new front end, gaping air intakes and slim LED lights. There’s an ‘optimised air curtain’ and a new, wider front spoiler, which helps the Divo develop an additional 90kg of downforce than a Chiron. Various vanes direct cool air to the brakes, while the flanks are similarly aggressive, with large ducts and sharp creases. 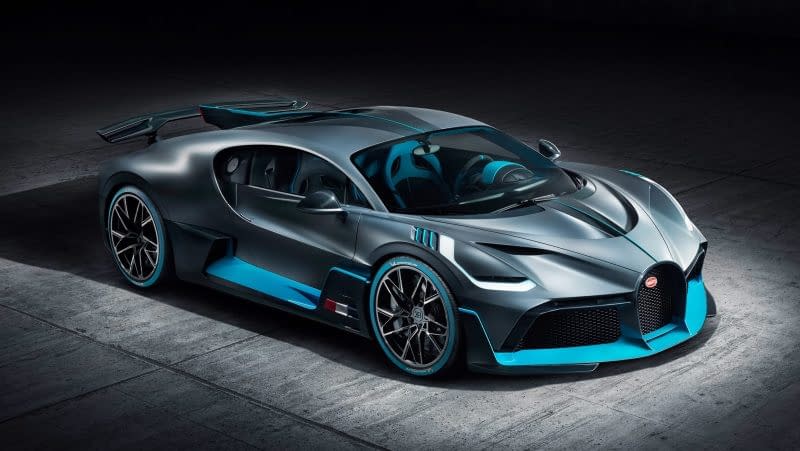 On the roof there’s a flow-optimised air duct, while the rear spoiler is 23 per cent wider than before, and can be set to different angles depending on which drive mode the car is in. Bugatti says this improves downforce and efficiency, as well as higher air brake performance.

The car’s rear lighting graphic is new, too, and features multiple OLED elements. Made up of 44 fins, the lamps are partly produced using advanced 3D printing techniques. The two-tone colour scheme comprises shades of Titanium Liquid Silver and Divo Racing Blue, while the spoiler, diffuser and air outlets get a bare carbon finish. 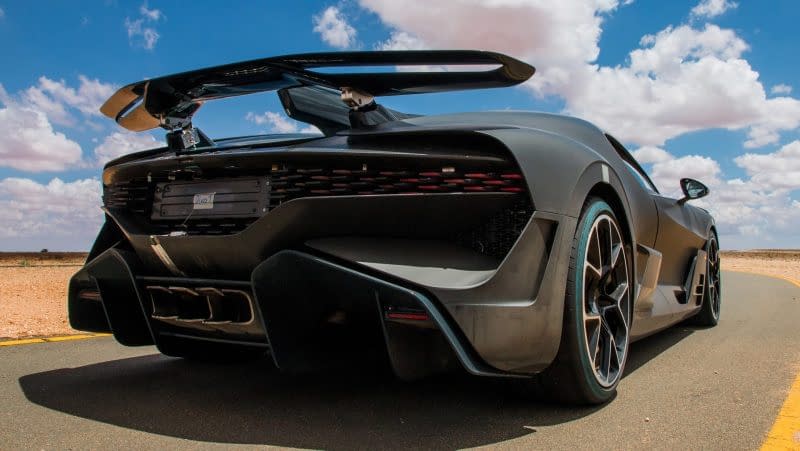 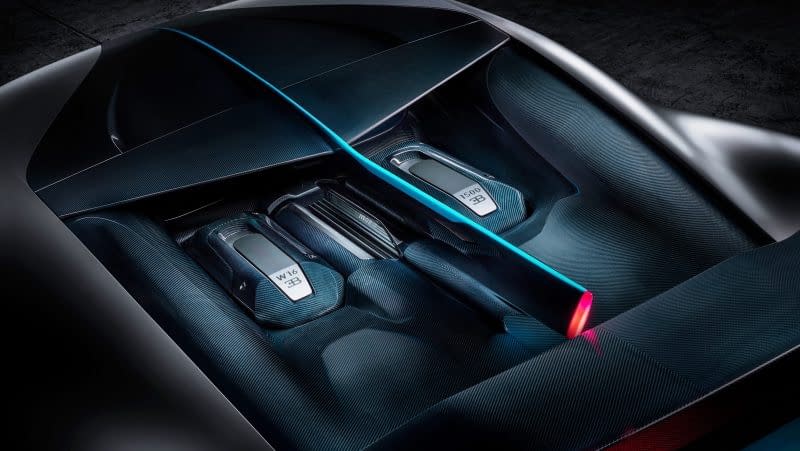 Meanwhile, the Divo is claimed to be capable of pulling 1.6G of lateral acceleration in bends and is eight seconds faster than the Chiron around the 6.2km Nardo handling track. The lightweight wheels, carbon fibre intercooler cover, and reduced use of sound insulation allow a 35kg weight saving. 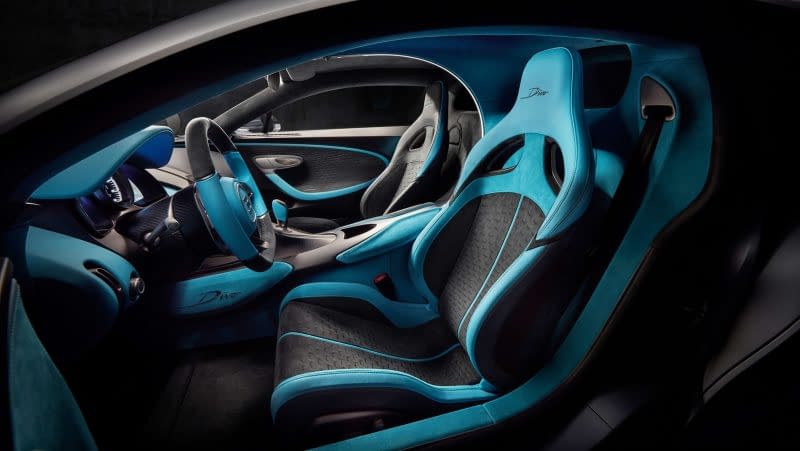 According to Winkelmann, the Divo aims to “thrill people throughout the world,” giving Bugatti the chance to “interpret the brand DNA in terms of agile, nimble handling in a significantly more performance-oriented way.”