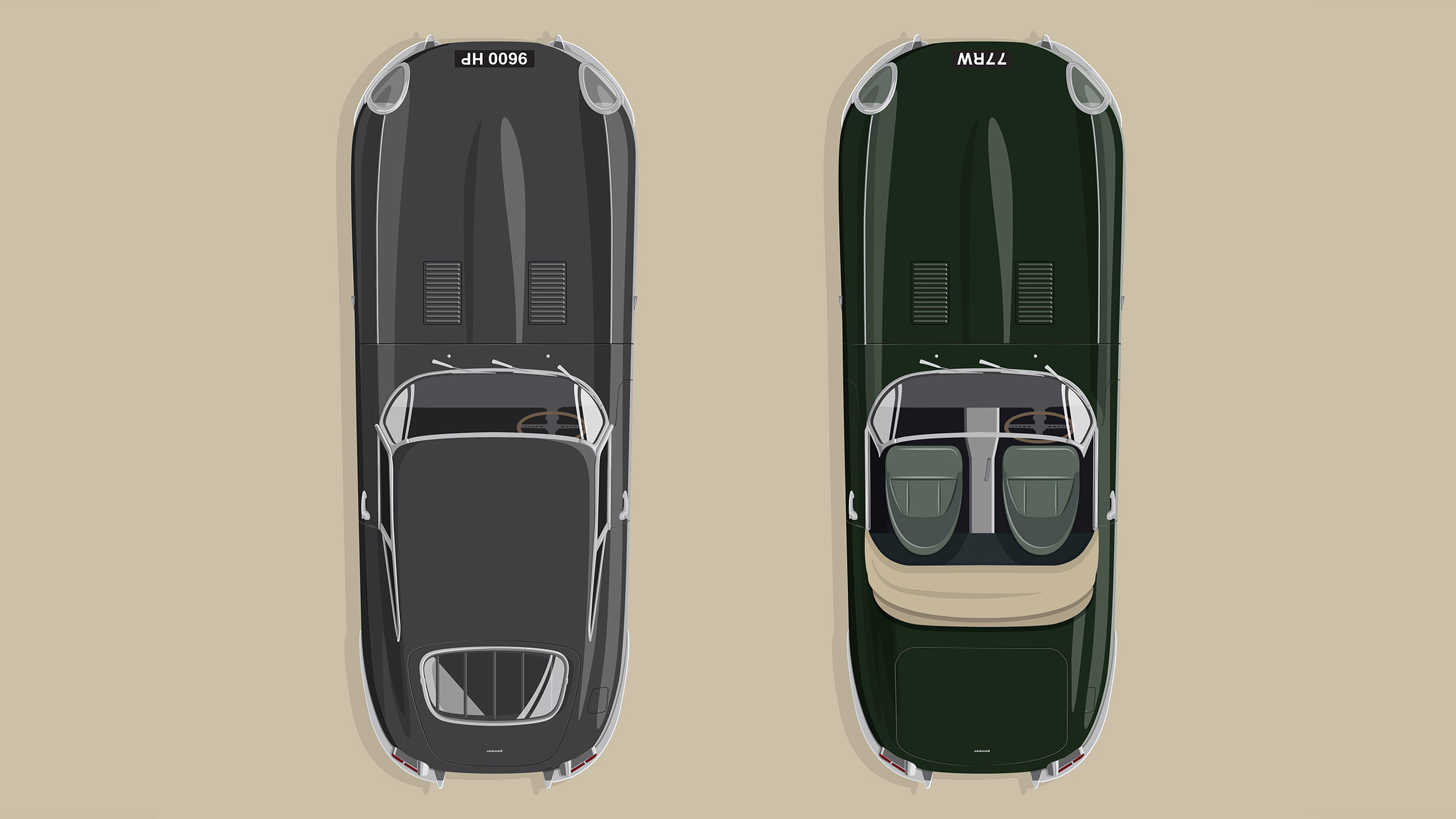 Jaguar is currently restoring six matching pairs of limited-edition E-Types, which will mark the 60th anniversary of the iconic sports car. The Jaguar E-Type 60 Collection models will be finished in time for the sports car’s diamond celebration in March 2021.

The special edition models will be built to the same specification as the two most iconic E-Types ever made – the 9600 HP coupe and 77 RW roadster – both of which played a pivotal role in the E-Type’s global debut in Geneva back in 1961. The E-Type coupe, which wore the 9600 HP number plate, was the first of two models to be  unveiled to a handful of specially-selected guests at the Parc des Eaux Vives in Switzerland. The car was driven “flat-out” from Coventry to the Swiss venue the night before the event by the firm’s then PR manager Bob Berry – who arrived mere minutes before the start of the event.

The E-Type roadster, which had the number plate 77 RW, is perhaps even more recognisable. It’s the model that Jaguar’s legendary development driver, Norman Dewis, drove from the company’s Coventry HQ to Geneva due to an overwhelming demand for test drives at the car’s launch event. Dewis was told to “drop everything” by his superiors to get the car to the event. He set off in the evening to avoid the worst of the traffic, driving through the night to cover the 1,100-kilometre dash in around 11 hours, at an average speed of 110km/h – at a time before expressways.

Jaguar’s E-Type 60 Collection duo will feature a uniquely restored coupe and roadster, which pay tribute to these iconic cars. The former will be finished in a unique “Flat Out” Grey paint finish, which is near-identical to the colour of the original 9600 HP coupe. The latter will feature an exclusive “Drop Everything” Green paint scheme, which closely matches that of the 77 RW roadster’s British Racing Green finish. Both cars will be powered by a rebuilt version of Jaguar’s famous 3.8-litre straight-six petrol engine, which developed 265bhp and 353Nm of torque. The engine provided enough grunt for a 0-60mph time of around seven seconds and a top speed upwards of 150mph, which, back in 1961, made the Jaguar E-Type the fastest production car in the world. Prices for these limited edition, 60th anniversary E-Types are yet to be confirmed but, given that Jaguar’s standard restored E-Type’s are priced from around AUD$1.95 million each, expect a price well in excess of that figure.