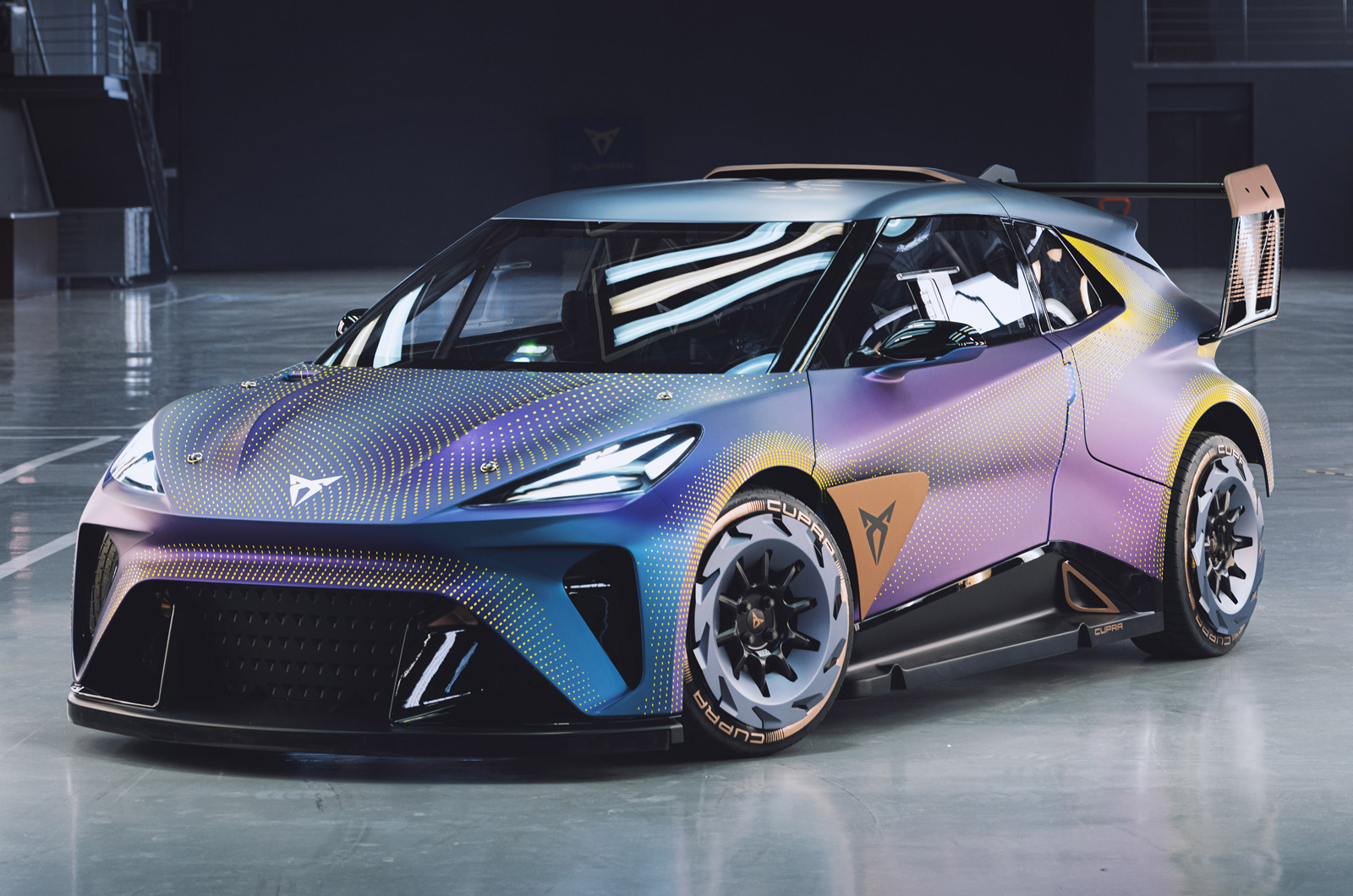 Cupra has unveiled the UrbanRebel Concept, a bold racing inspired machine that previews the firms forthcoming entry-level electric supermini due in 2025.

The new machine has been unveiled by the Spanish firm ahead of the Munich motor show, where it will be shown in public for the first time. It is the first glimpse of a model created for the Volkswagen Group’s crucial new MEB Entry platform that will underpin a range of small cars.

Cupra boss Wayne Griffiths said the UrbanRebel is “a radical interpretation of the company’s urban electric car” that will be launched in 2025. The firm chose to showcase it as a motorsport concept to highlight that “racing is at the core of Cupra’s DNA”. Griffiths added that the machine “gives an idea of the design language of the future street car and will inspire its creation.”

The production version of the UrbanRebel will join the long-awaited Volkswagen ID 2 – which is also tipped to shortly be previewed in concept form – and models from Skoda and Audi that will also be built on the VW Group’s MEB Entry platform for affordable entry-level cars. The firm is aiming for the most basic versions of those cars to be priced from AUD$32,000.

It is significant that Cupra, a stand-alone Seat brand, is the firm chosen to preview a car based on the new platform, given the VW Group’s aim to build MEB Entry models at the company’s Martorell plant in Spain. The VW Group is currently negotiating with the Spanish government to secure backing for the project.

Griffiths said: “The urban electric car is a key strategic project not only for our company, but also for the Volkswagen Group, as our aim is to produce more than 500,000 urban electric cars per year in Martorell for different group brands.” 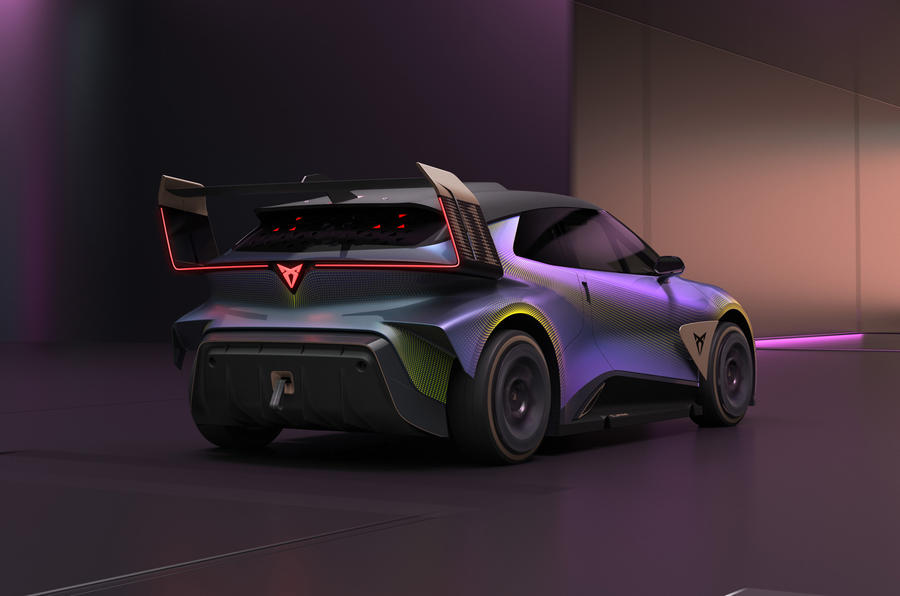 Cupra says the UrbanRebel showcases a shift towards a more progressive aesthetic look for the brand, although it retains features seen on the Tavascan concept and Born electric hatch. Cupra design boss Jorge Diez said the exterior is intended to “inject a gamification look” to the firm’s design language.

Cupra’s ‘shark nose’ front has been created out of a negative surface and is pared with new triangular headlights. The window design is intended to evoke the visual effect of a helmet in a similar fashion to the Tavascan’s.

The concept has a three-door bodyshell, with sharp styling lines that run the length of the car. The rear features a large rear wing, to reflect the concept’s motorsport links, and it wraps into a full-length rear light bar that’s broken only by the Cupra logo. There is also a distinctive rear diffuser design. The UrbanRebel is 4080mm long, 1795mm wide and 1444mm tall, making it similar in size to the petrol-engined Seat Arona crossover.

Although Cupra has not given full details of the electric powertrain layout, it says the machine offers 250kW of continuous power, with a peak output of 320kW in certain situations, and has a claimed 0-100km/h time of 3.2sec. It is likely that the eventual production version of the UrbanRebel will be susbstantially less powerful. As with the ID 3 and Cupra Born hatches, it is likely to use a single electric motor driving the rear axle.

The VW Group originally aimed for the first MEB Entry models to go on sale in 2023, although this was pushed back two years due to the challenges of achieving the AUD$32,000 target price with current EV technology. The group is working on a unified battery cell design for the bulk of future EVs, with differing types of car using different cell technology. The entry-level models are likely to use lithium-iron-phosphate technology, which, estimates suggest, will be around 50% cheaper to make than current battery cells. While it does have limitations in range and charging times, this will be less of an issue with the likely usage of electric city cars. It is expected that differing battery sizes will offer ranges of around 190 and 290 kilometres.