Dallara has released a special trackday version of the Stradale, called the EXP.

In the same vein as recent motorsport-derived models from Lamborghini, Porsche and a host of other big names, the new car is not road-legal, sacrificing type approval for ultimate pace on the racetrack.

Lap times at Mugello, the Italian circuit where Dallara has benchmarked the EXP, are claimed to beat the latest pole-position times in the GT3 category. 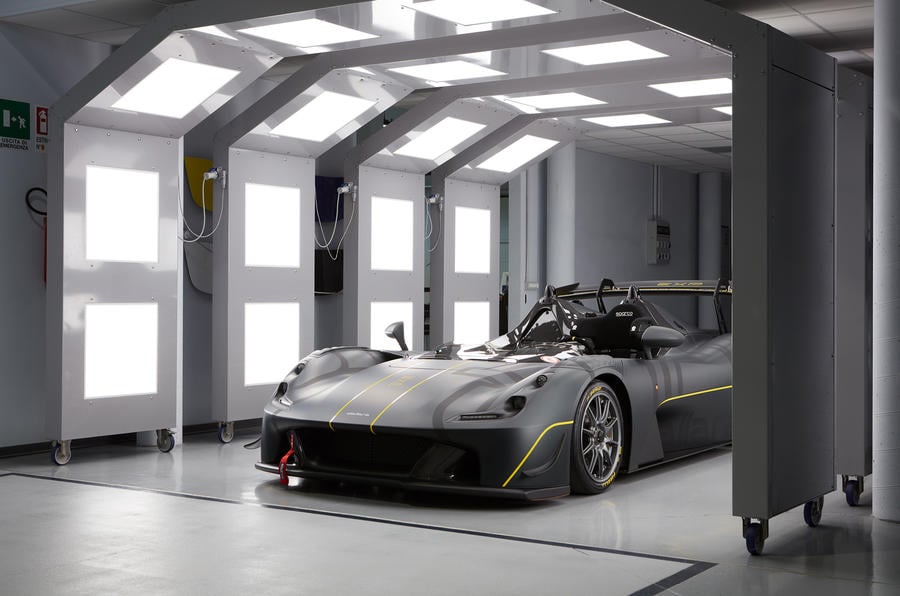 At 890kg the EXP weighs a touch more than the regular Stradale, but it develops considerably more downforce and is configured to run on Pirelli slicks. Both cars share the same carbonfibre monocoque construction, onto which fully adjustable double-wishbone suspension is directly mounted at the front axle and is mounted via an aluminium subframe at the rear. All bodywork is also carbonfibre.

In its most aggressive aerodynamic configuration, the Stradale musters 855kg of downforce, which was enough for it to wipe the floor with regular supercars at Autocar’s Best Drivers’ Car showdown in 2019 (around the Anglesey test Circuit for that award it was 2.2sec quicker than even the McLaren 600LT). The EXP, on the other hand, is claimed to make not 855kg but 1250kg of downforce – an exceptional figure made achievable in part by some new aero elements visible from the pitwall. These include louvred from wheel arches, diveplanes on the front apron and an enormous adjustable wing supported by swans-neck stanchions.

Maximium cornering G is a claimed 2.7 – by comparison, something like the current Porsche 911 Turbo S might manage something in the regoin of 1.3g. The EXP also makes more power and torque than the Stradale. Continuing to work with Bosch, Dallara has freed 367kW and 700Nm from the car’s 2.3-litre four-cylinder turbo Ford engine – increases of 72kW and 191Nm over the road car.

It means the EXP’s power-to-weight ratio comfortably exceeds that of rarified trackday supercars such as the Ferrari 488 Pista, and top speed is increased from 265km/h to 290km/h.

While the road-legal Stradale can also be equipped with everything from a full canopy to no windscreen, the EXP is open-top only, in the style of prototype sportscar racers and other hardcore specials such as the Lotus 3-Eleven and Radical SR10.

Prices are yet to be announced, but given the Stradale starts at AUD$280,000 before taxes, we would expect the EXP to cost easily more than $400,000. Dallara has at least made the EXP conversion process reversible, which suggests the extra kit is available as a package.

Numbers are likely to be constrained by the original Stradale target of 600 units.