The highly anticipated, all-electric DeLorean supercar will be fully revealed at the end of the month, before it makes its public debut at Pebble Beach in August.

DeLorean Motor Company will unveil the model on Tuesday 31 May. The revived car will take a completely different design approach from the 1980s sports coupe from which it takes its name.

Called the DeLorean EVolved, the model will be a highly modern proposition, with what look to be only subtle nods to its famous namesake. It was originally confirmed for an unveiling on 18 August ahead of a Pebble Beach debut just three days later. Now, interested drivers can sign up for a chance to see the car 24 hours before the general public.

The first detailed preview image was revealed earlier this year. It shows off a rear end clearly designed with a focus on aerodynamic efficiency: the rear deck is tapered and houses louvres for directing airflow, the rear arches extend dramatically from the side of the car and there looks to be an extendable rear wing housed above the futuristic rear light bar.

You asked. We listened. We're counting down to the first complete look of the all-new DeLorean.
Sign up for exclusive early access on https://t.co/p3SV5rw0VR to see the car 24 hours before the general public on May 31st. #DeloreanEVolved pic.twitter.com/nrX2uYudGh

Beyond that, the DeLorean Motor Company has not given any more clues as to the design of its first model since obtaining the rights to the DeLorean marque in 1995, save for earlier confirming it will have gullwing doors and a light-up, V-shaped motif across the front end. It has also yet to officially confirm a name, which it will save for the car’s final reveal.

Texas-based DeLorean Motor Company – formed by British engineer Stephen Wynne, who acquired the rights to the original company’s name and branding in 1995 – earlier previewed its modern-day take on the mid-engined DeLorean DMC in a cryptic tweet confirming limited details.

Accompanying hashtags suggest that it will place a more heightened focus on luxury than the 1981-82 original did. 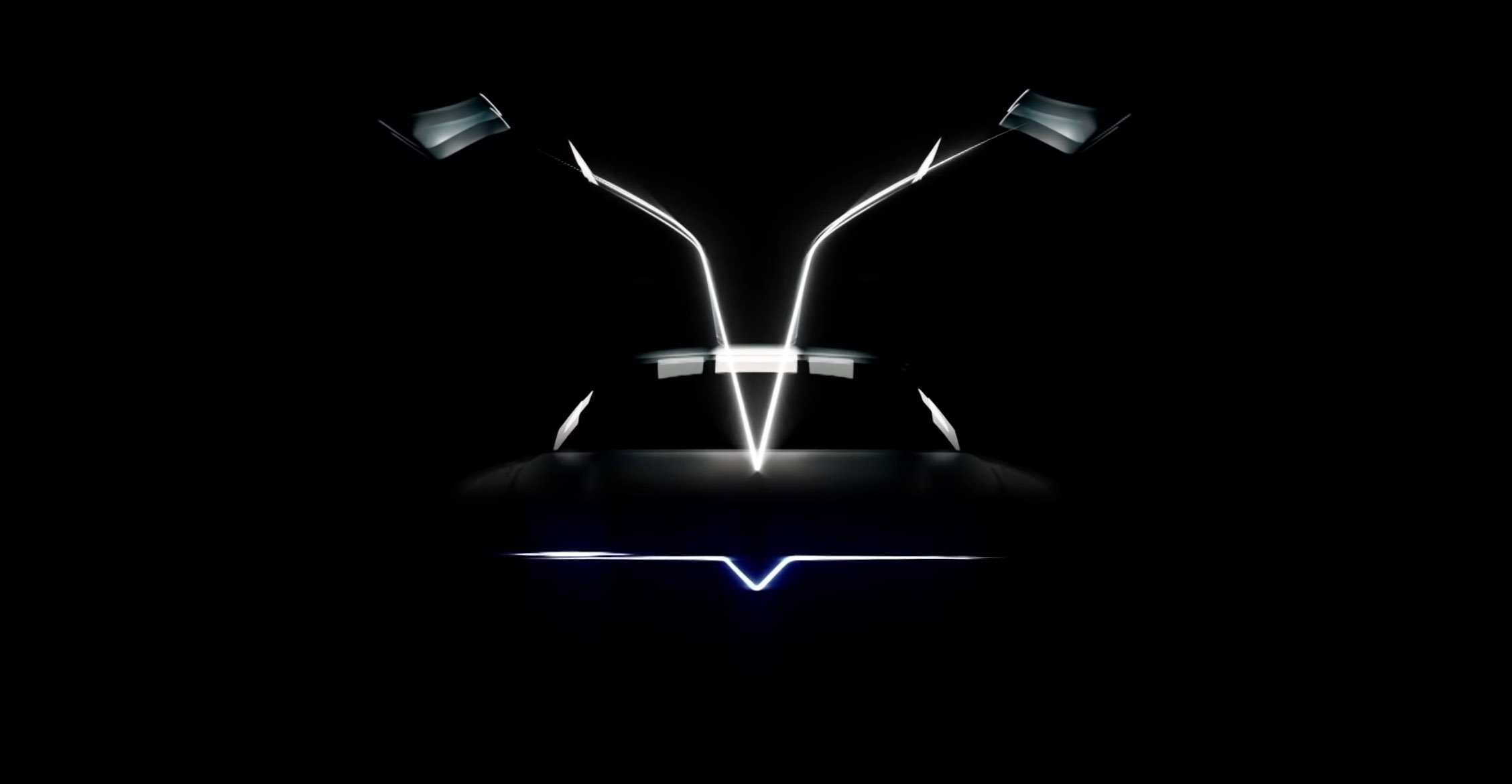 This isn’t the first time the revived marque has hinted at plans to bring back the DMC. Last year, 40 years to the day since the launch of the car, design house Italdesign showed a similar teaser image, and more recently has also previewed the Pebble Beach-bound car, confirming its involvement in the project.

Italdesign was founded by revered designer Giorgetto Giugiaro, who was responsible for shaping the original DMC’s characteristically angular stainless-steel body.

It’s unclear whether the new DeLorean will be so faithful to the original design as to go with an unpainted steel finish, but it will at least have similar gullwing doors.

In 2016, a new low-volume manufacturing bill gave DeLorean Motor Company the green light to build a 300-off continuation series of original-spec DMCs, but the regulations didn’t come into effect until 2019, and there has been no confirmation that the firm is continuing with these plans alongside the launch of the EVolved.

The identity of a powertrain supplier has yet to be revealed, but notably Italdesign recently inked a partnership deal with British company Williams Advanced Engineering. As a result, the two will collaborate on an open-source EV platform for manufacturers of low-volume cars.