BMW is understood to be developing an electric version of the 3 Series to sit alongside the 390kW i4 EV by 2023 – and an early prototype has been spied testing.

A camouflaged prototype spotted by our photographers is almost identical to the current G20-generation 3 Series, although the addition of mandatory ‘electric test vehicle’ stickers and subtly reshaped front and rear ends reveals that it’s an early test version for a zero-emissions model.

The forthcoming i4 will be BMW’s first electric saloon, and the firm is yet to officially confirm plans for an electric 3 Series. A BMW spokesperson declined to comment on the test pictures but in a statement said: “By 2023, the BMW Group portfolio will include 25 electrified models, and half of those will be fully electric.” Munich will officially launch its new iX3 electric SUV later this year, with the 4 Series Gran Coupe-based i4 arriving in dealerships in mid-2021.

BMW design chief Domagoj Dukec recently told Automotive Daily’s exclusive partner Autocar that the decision to launch an i4 rather than an electric 3 Series was because “electrification is still at the point where some people doubt if they should go for it or not, and it’s still a little more expensive. So electric cars need more emotion, and we believe an electrified i4 makes more sense than an electric 3 Series.” But with sales of electric cars rising rapidly – and costs likely to drop as manufacturers achieve greater economies of scale – it’s likely there could be sufficient demand for an electric 3 Series by 2023.

It’s not yet known what powertrain an electric 3 Series would use, but it’s unlikely to share the performance-oriented i4’s 390kW, four-wheel drive set-up, given the 3 Series’ practical, executive billing. 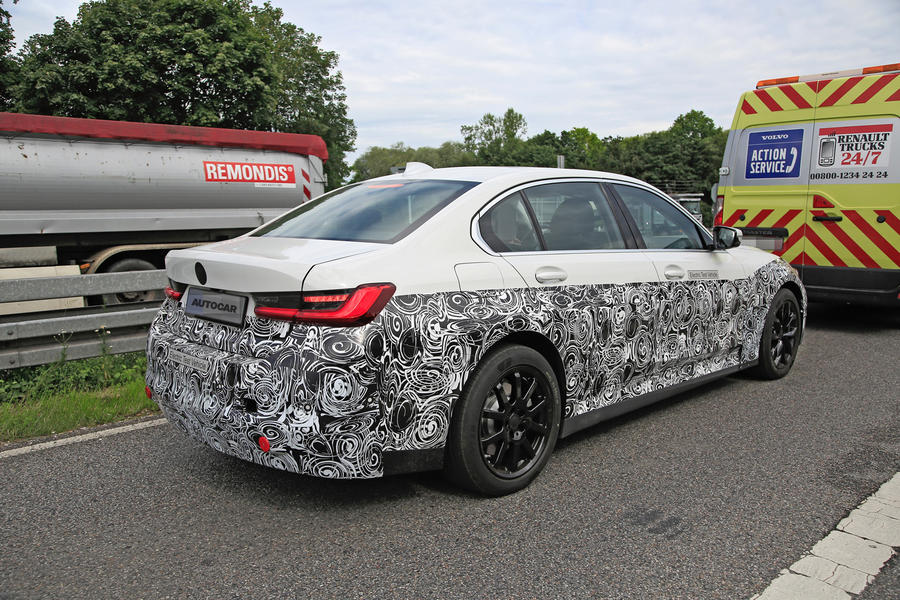 More likely is a variation of the as-yet unrevealed powertrain used by the iX3. Although BMW has yet to offer performance and range data for the production variant, the 2018 iX3 concept was said to offer a battery capacity of more than 70kWh, a range of around 400 kilometres and an electric motor rated at 201kW.

As with the i4, however, the electric 3 Series would be a likely candidate for a dual-motor, four-wheel-drive range-topper in the vein of the Tesla Model 3 Performance.

The i4 sits atop a modified version of Munich’s CLAR architecture, which underpins the standard 3 Series and new 4 Series and is designed for both combustion engine and electric powertrains, so an electric 3 Series would be much cheaper to develop than an all-new, bespoke EV saloon. There’s no indication, either, as to what the new model could be called. An obvious choice would be i3, but it’s unlikely BMW would link its mainstream flagship saloon with the radically styled hatchback EV that has been on sale since 2013.

The 3 Series has been available in petrol-electric plug-in hybrid guise since 2016.  The current 330e packs a combined 186kW, offers an electric-only range of 60 kilometres and can now be specified with four-wheel drive.