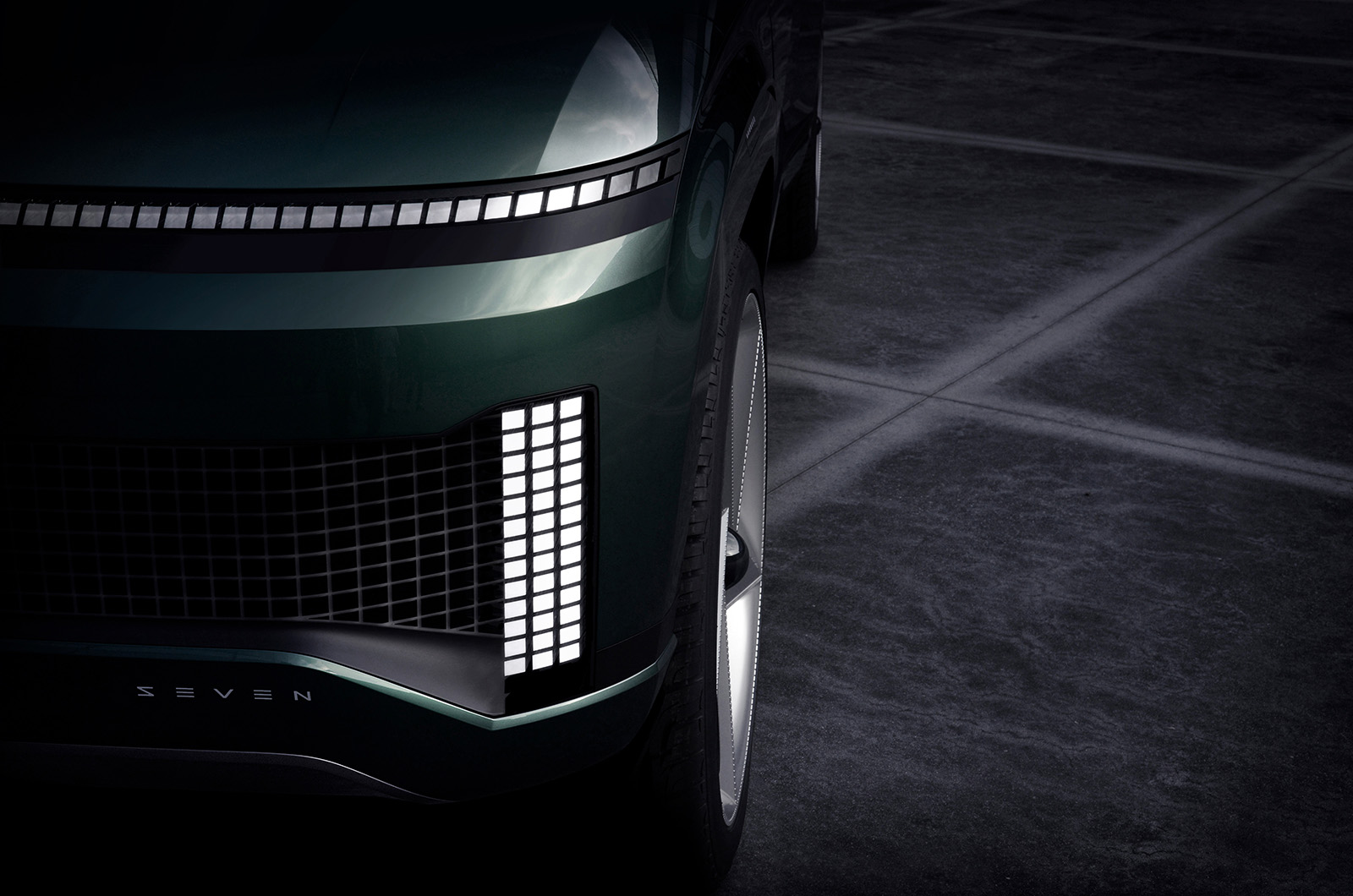 Hyundai has given a first glimpse of the new Ioniq 7 ahead of the machine’s unveiling at the Los Angeles motor show later this month, promising that the large SUV will feature a design that “dares to diverge” from industry traditions.

The new BMW iX and Tesla Model X rival will join the Ioniq 5 crossover in the Korean firm’s new dedicated electric vehicle sub-brand, and as a large SUV will be critical for success in the US and Chinese markets.

Like the Ioniq 5, the new model will be built on the Hyundai Motor Group’s asvanced e-GMP platform, which is designed to be hiughly flexible to adopt a range of battery sizes and power layouts. That platform, which features 800V charging technology, will underpin a range of vehicles from Hyundai and sister brands Kia and Genesis. Rather than following a ‘nesting doll’ design, Hyundai will give each Ioniq model a distinct identity, and a preview image of the Ioniq 7’s front end shows a front end featuring new ‘parametric pixel’ LED headlights and a large bumper with side LED lights on it.

Hyundai has also teased the interior with images featuring a large ‘lounge-style’ chair that will sit in the front of the car, and a plush sofa-style rear bench that appears to be finished in soft materials. The firm said that Ioniq 7 will “follow a form over function design”. The firm says the machine will offer “a premium and personalised lounge ambience” that will build on the interior in the Ioniq 5. It also says that the furnishings will be finished in sustainable materials.

The Ioniq 7 will be revealed on 17 November during the LA motor show press days. The new machine is the third Ioniq model that Hyundai has given a glimpse of. The Ioniq 6 electric saloon will be based on the sleek Prophecy concept, although recent reports suggest its launch has been pushed back to allow for bigger batteries to be installed. Hyundai is also working on a hot N version of the Ioniq 5.