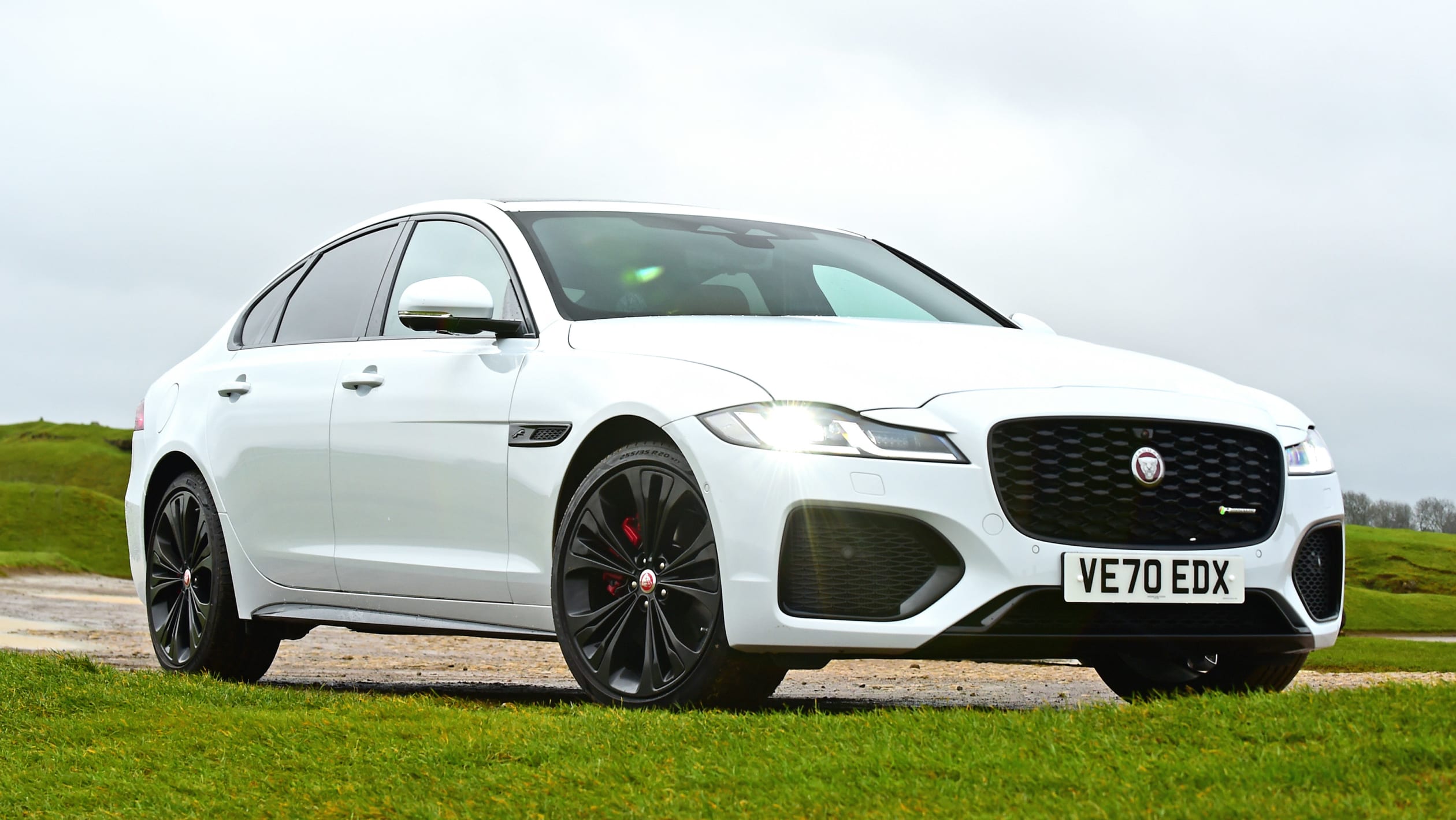 As a result of the push to add more SUVs to Jaguar’s line-up and launching electric vehicles, the XF had become a bit of a forgotten car for the firm – until now.

That’s because there’s a new example of the British brand’s executive sedan, and it’s arriving just at the right time to compete with the updated BMW 5 Series and Mercedes E-Class.

The original XF catapulted the brand into a new era with its modern styling, but after a brief period in the limelight, its successor slipped into the shadows. This thorough overhaul is designed to change all that though, because alongside the fresher exterior styling (looks were never one of the XF’s problems, really), a plusher interior filled with more tech, and updated engines – including the addition of mild-hybrid diesel power – deliver plenty of appeal. Good infotainment is key to a big exec sedan like this, so with Jag’s new Pivi Pro system operating through an 11.4-inch touchscreen, the signs are positive here.

Those are the headlines, but this is a Jaguar, so it’s still got to be sporty and engaging to drive. Thankfully, our all-wheel-drive P300 2.0-litre turbo petrol example in R-Dynamic SE trim is just that.

There’s a new steering wheel that’s carried over from the I-Pace SUV, and it is great to hold. The steering itself offers the kind of well balanced weight you want – not heavy and artificial, but reassuring and connected. The XF weighs 1744kg, but that weight feels like it’s kept low, so the XF doesn’t roll excessively and isn’t lethargic to change direction. The way the double-wishbone front suspension and multi-link rear axle are set up gives it plenty of grip and composure.

The ride offers good, fairly taut body control, and delivers the performance and handling we want; in fact, it gets smoother and more impressive seemingly the faster you travel. On its optional 20-inch wheels our test car did thump over the worst bumps and potholes in the road, but over everything else the XF communicates exactly what’s going on underneath you. The P300 engine pulls in a nice linear fashion. It doesn’t feel all that fast at first, because there’s no real thump of torque like you might get from a diesel, but it does make swift enough progress, accelerating from 0-100km/h in 6.1 seconds.

The smooth mid-range grunt means you don’t have to rev it too hard to get moving out of corners, while the eight-speed automatic gearbox ensures the revs are generally where you want them, shifting between ratios smoothly.

To coincide with the changes, the XF range has been slashed to just one model in Australia, the XF R-Dynamic HSE P300 AWD priced from $100,200 plus on-road costs.

Updates to the XF’s interior and tech have put it on an equal footing with the best executive models. It still drives exactly as we want a big Jaguar sedan to, blending comfort and refinement with agile handling. While it’s not the most spacious, most practical or most efficient car in its class, it’s certainly affordable and stylish, which means the revised XF range is right back where it belongs. It’s a fine executive sedan.