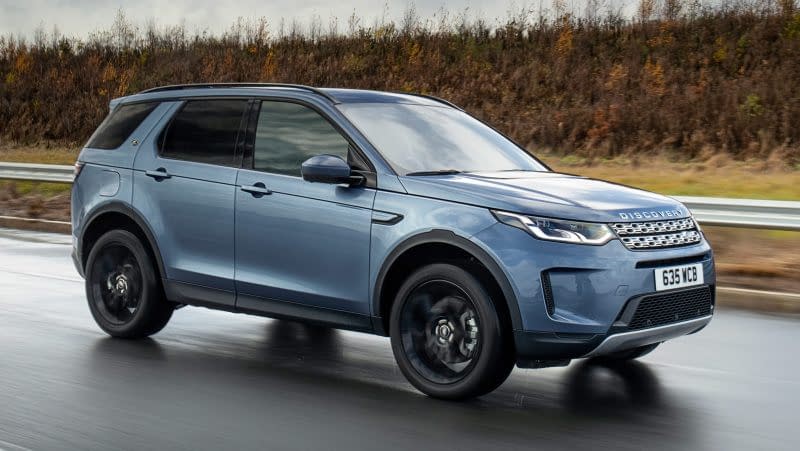 Plug-in hybrid powertrains are now available in the Land Rover Discovery Sport and Range Rover Evoque and both are now on sale.

Land Rover has been accused of being behind the curve on electrification, but it’s about to take a big step towards addressing that issue with the arrival of plug-in-hybrid versions of two of its most popular models, the Discover Sport and Range Rover Evoque.

Designed from the outset to accommodate electrified powertrains, PTA means that Land Rover is able to claim a strong pure-electric range for both of its two new arrivals, as well as promising that they will be at least as good as their conventionally powered stablemates off road – and perhaps even slightly more capable. 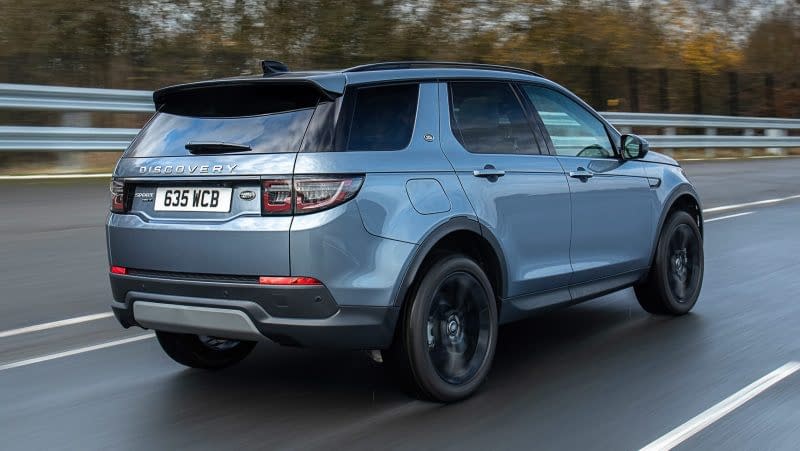 The two cars will be badged P300e, and they share key components. Under the bonnet is a new member of the Ingenium engine family – a 1.5-litre three-cylinder unit producing 147kW and weighing 37kg less than the four-cylinder 2.0 that we’re familiar with. This unit drives the front wheels, and at the rear axle there’s a synchronous permanent magnet motor with an output of 80kW. The battery, sited below the second row of seats, is a healthy size for a PHEV, at 15kWh.

As a result, the Evoque and Discovery Sport have 227kW, and there’s 540Nm of torque on offer. The gearbox is a new eight-speed auto that is slightly smaller in size to allow for better packaging, and features some components that help to integrate the plug-in system. 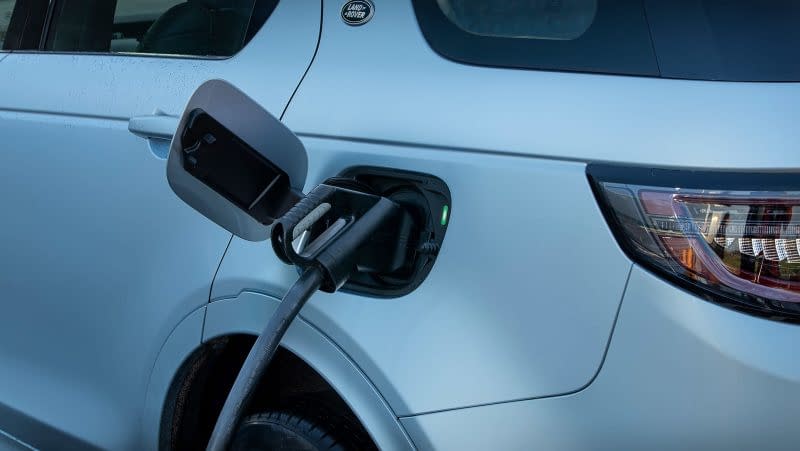 Land Rover claims that the Evoque P300e is capable of 0-100km/h in 6.1 seconds and can travel up to 65 kilometres on electric power alone. Official WLTP fuel economy is 85.1 kilometres pre litre (depending on spec and wheel size) and CO2 emissions dip as low as 32g/km.

The slightly larger Discovery Sport P300e manages 0-100km/h in 6.2 seconds, a pure-electric range of 61 kilometres, official economy of up to 74.61 kilometres per litre and emissions of 36g/km. Both cars are capable of reaching 135km/h on electric power alone.

That setting is one of three offered by the system. The other two are Hybrid, where the car uses a mixture of driving style and GPS data to manage EV and combined power in the most efficient fashion, and Save, where the combustion engine becomes the main power source and the level of battery charge is maintained. 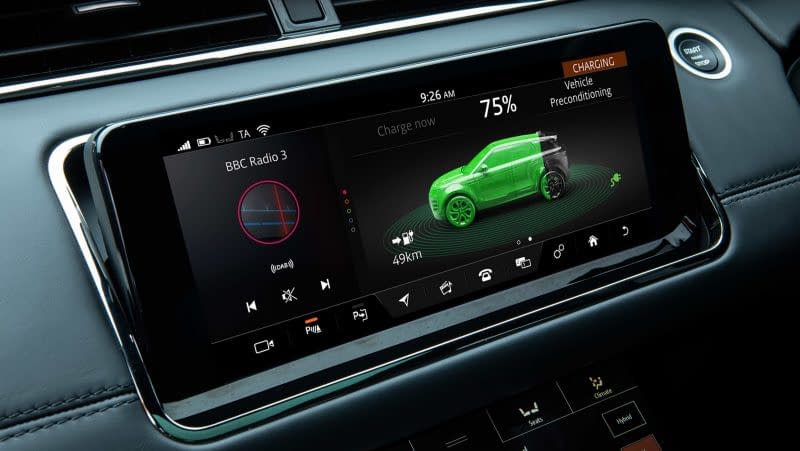 There’s no option to use the engine to fully recharge the battery on the move, incidentally – “It’s a desperately inefficient way of doing that,” Carey said – but the PHEV tech will ensure that electric power is available for the back axle, even when the charge level is at zero per cent. “It has to do that, because it needs to have the capacity to be four-wheel drive at any time,” Carey explained.

The platform integration of the electrified powertrain has allowed the engineers at Land Rover to deliver two further key aspects: no reduction in luggage or cabin space, and a 57-litre fuel tank, which is relatively large for a plug-in hybrid.

“We wanted to totally eradicate any range anxiety,” Carey said. “The lack of a propshaft allows us to fit this size of tank, so while the EV-only range is strong, owners will know they can have huge reserves for a long journey in the hybrid mode.”

Using the charging point, which is at the rear, on the opposite side to the fuel filler, the two models take just under seven hours to recharge using a three-pin socket. A faster domestic wallbox will achieve the same feat in less than 90 minutes, while DC fast-charging on the public network will take the battery from zero to 80 per cent in 30 minutes. 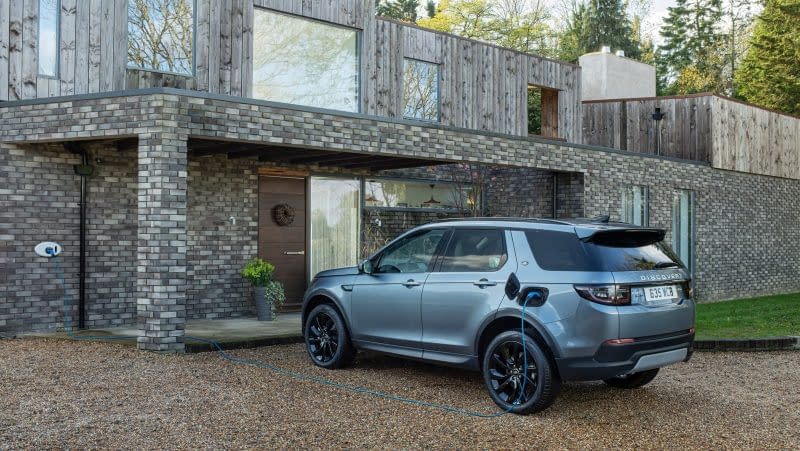 Relatively few Evoques and Discovery Sports get used off road, but engineers are keen to point out that the adjustability of the electric motor’s torque at the rear axle means that the plug-in versions of the cars are as accomplished off road as any of their conventionally powered siblings.

“The amount of torque from the electric motor on the rear axle is a huge help,” Carey told us. “It’s almost overkill, really, but it gives you huge performance in rear-wheel-drive mode, and then if you do take the car off road, the adjustability of the torque delivery is a real advantage. 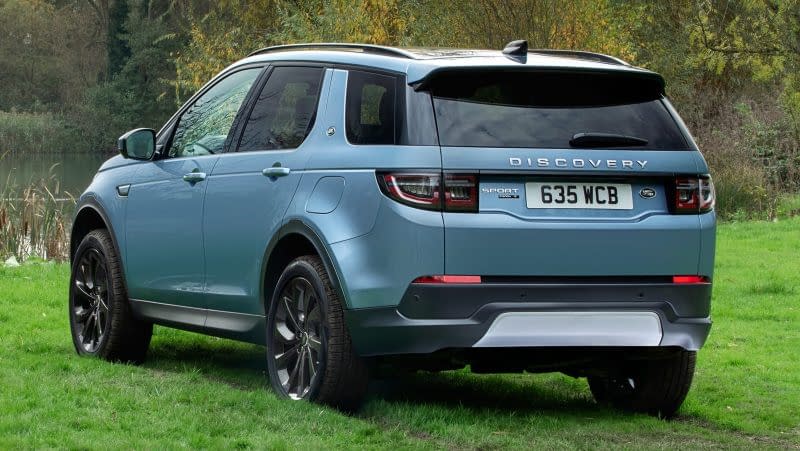 “We’ve also worked hard to deliver a flat floor underneath to help have the same ground clearance, approach and departure angles as the regular cars. Combined with the electric back axle, this means the PHEVs are maybe even more capable.”

Both of the new PHEVs are available to order in Europe now, although Land Rover sources say that amid the current coronavirus crisis, first deliveries won’t be until October at the earliest. The new models slot into the existing line-ups much as any other powertrain, with a choice of trim levels to be made. The Evoque P300e will be available in S, SE and HSE specs and the Discovery Sport P300e will be offered in R-Dynamic, S, SE and HSE versions.