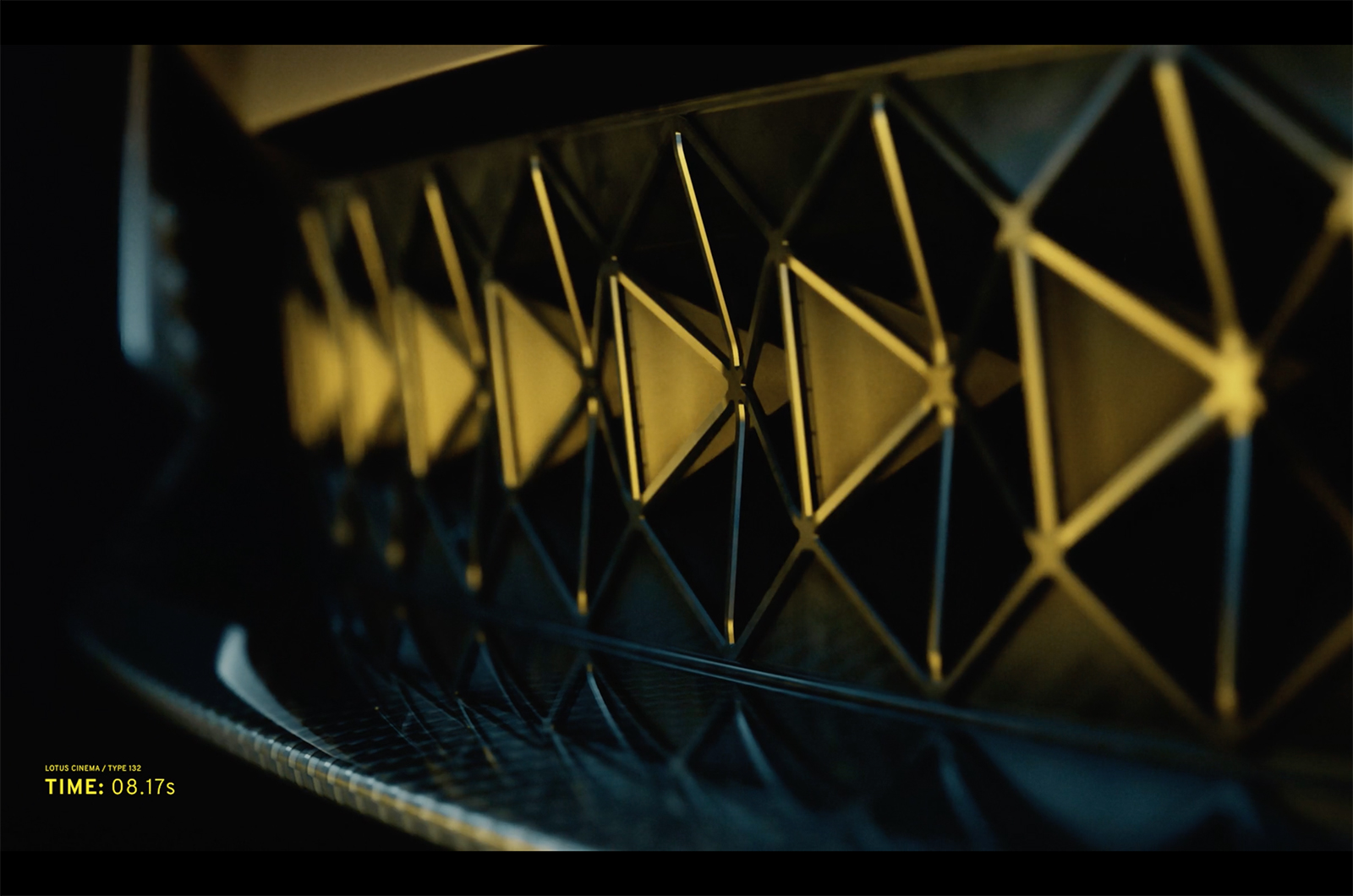 Lotus has given a first look at its maiden SUV, which is codenamed the Type 132 and due to be revealed in full next year.

The UK firm has released the first in a series of official videos that will build up to the launch of the new Aston Martin DBX rival, which will be a key element of its bold growth strategy under the ownership of Chinese car giant Geely.

Titled ‘Breathe’ the video gives a glimpse of the new active grille shutter that will be used on the Type 132. The shutter features a design with a series of hexagons split into trianglular segments.

Lotus claims the active grille shutter is an “authentic Lotus air management system”, and will serve a dual purpose through use for both cooling the car and improving the front aerodynamics.

As first reported by autocrat, the Type 132 has been in development since 2016, and is set to launch with two four-wheel-drive variants, offering between 450kW and 560kW. It will be able to accommodate batteries ranging from 92-120kWh in size, and will offer 800V charging. The firm has also put a focus on ensuring the machine can offer performance, with Lotus claiming it will offer a 0-100km/h time of less than 3.0secs.

The Type 132 will be built at a new AUD$1.65 billion manufacturing facility in Wuhan, China, and will be one of two Chinese-built EVs the firm will launch in the next five years.

The long-awaited Type 135 electric sports car, being developed in partnership with Alpine, will be built in the UK’s Hethel factory from 2026 onwards.