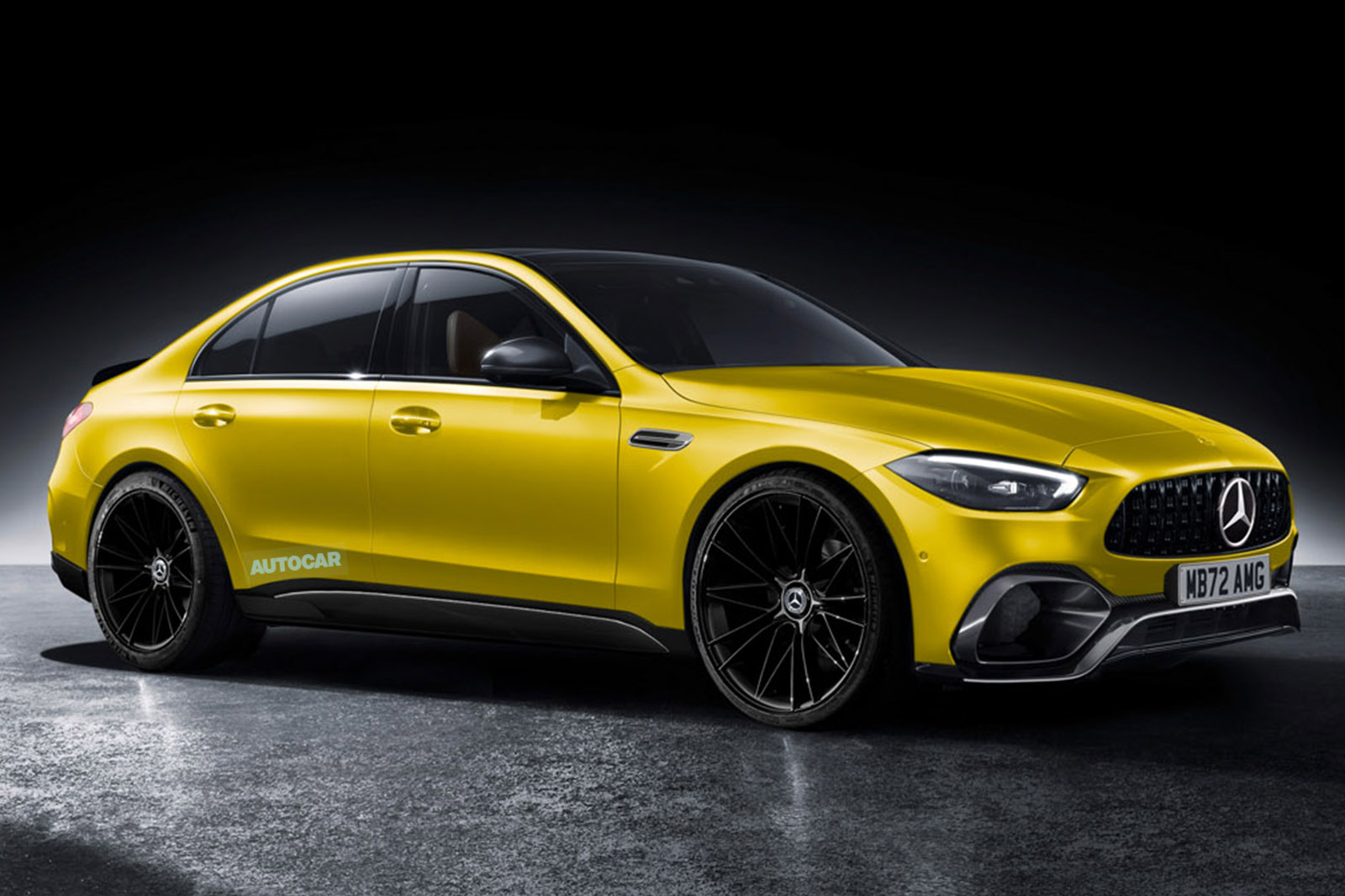 Mercedes-AMG’s new P3 plug-in hybrid system is compatible with each of its existing combustion engines and will be paired with its latest four-cylinder powerplant for the upcoming C63e 4Matic+ EQ Power+, the hot, hybridised C-Class range-topper.

Arriving in showrooms in the first half of 2022, the four-wheel-drive Audi RS4 and BMW M3 rival adopts a longitudinally mounted version of the turbocharged 2.0-litre engine used by the A45 S 4Matic+, with a 48V integrated starter motor in the nine-speed AMG Speedshift MCT automatic gearbox. The electric motor will drive the rear axle and a battery pack under the boot floor will enable electric-only running.

This hybrid system has been developed to provide the C63e with a level of power and torque comparable with the outgoing model’s non-electrified, twinturbocharged 4.0-litre V8. The combustion element will benefit, particularly, from an electric turbocharger similar to that used for the turbocharged 1.6-litre petrol V6 engine that powers Mercedes-AMG’s Formula 1 car.

Exact figures will be revealed later this year but AMG insiders predict outputs of around 400kW and 800Nm – increases of nearly 30kW and 110Nm over the C63 S 4Matic.

The integrated starter motor used by the new C63e is also claimed to operate in similar fashion to the unit on Mercedes-AMG’s F1 engine. In various driving modes, it acts as a generator, providing energy recuperation as well as coasting properties on a trailing throttle.

Although the new AMG model is expected to weigh up to 250kg more than the outgoing C63 S 4Matic, the additional reserves should provide it with 0-100km/h acceleration of around 3.5sec, a governed 290km/h top speed and drastically improved WLTP fuel consumption figures.

As with the plug-in hybrid system planned for the new GT73e 4Matic+ EQ Power+ 4-Door Coupé, the battery being conceived for next year’s C63e is claimed to support 400V recharging for fast charging at up to 100kW.