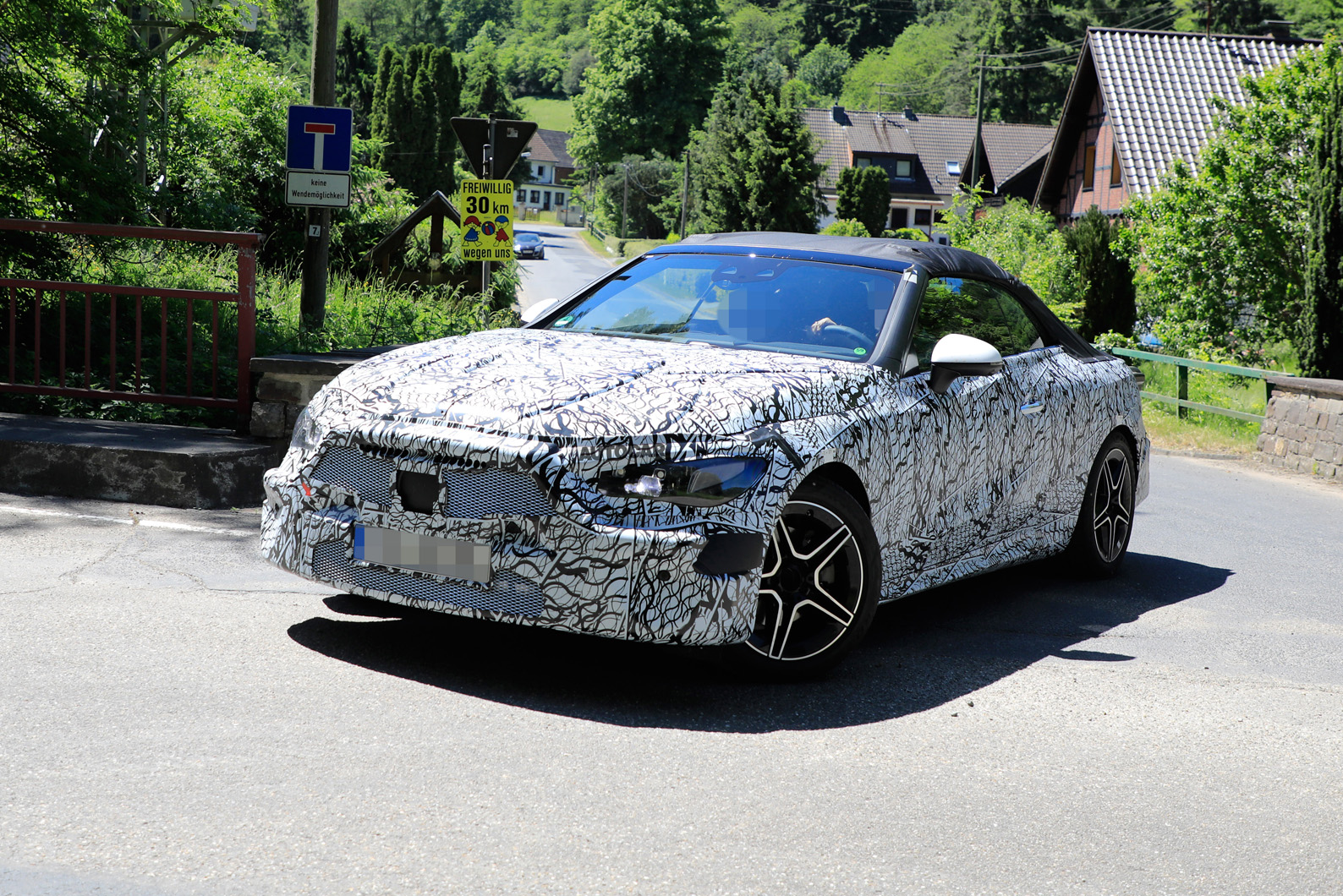 Just a few weeks after unwrapping its fifth-generation C-Class in sedan and estate form, Mercedes-Benz has begun road testing the soft-top Cabriolet variant.

The W206-gen C-Class will be only the second iteration in the model’s history to be offered as a convertible, following the introduction of the current model in 2016. It will likely be launched alongside a fixed-roof, two-door coupé model, as Mercedes-Benz renews its attack on the BMW 4 Series and Audi A5, both of which are available in three bodystyles.

This latest sighting serves as confirmation that Mercedes still sees a market for its two-door C-Class models. Earlier this year, chief operating officer Markus Schafer told Automotive Daily the firm would start to pare back the number of body styles and variants of each model in its line-up, as it shifts focus to expanding the EQ range of electric cars.

“We reached a portfolio of close to 50 vehicles last year, and there’s more to come on the electric side with our EQ line-up,” he said. “We have some limitations in terms of what we can do in research and development. “Some of [our models] got quite narrow [in terms of market] so we want to really focus on a portfolio that’s more precise and consumer-oriented. So we’re doing some significant shifts in our line-up, portfolio and shape of vehicles. “We have a very high density on the coupe and cabriolet side with the C-Class, E-Class and SLC. It’s a wide offering and the market is going in a different direction. That’s why we’re shifting: we’re going to continue with coupes and cabriolets in the future, but in a different form and shape.” Given that this is the first sighting of the convertible, and its predecessor’s launch came two years after that of the standard C-Class, a 2023 market launch is likely. Expect powertrains to largely mirror those available in the standard C-Class, with a choice of four-cylinder petrol and diesel engines, all with mild hybrid functionality. The full-fat AMG C63 will also likely be offered in coupé and cabriolet forms, though will make the landmark shift away from V8 power in favour of a plug-in hybrid four-cylinder pumping out around 375kW.