Mercedes-Benz has unveiled an advanced new screen-based dashboard design set to be offered in the forthcoming EQS luxury EV.

Called MBUX Hyperscreen, the large dash panel is effectively a one-piece curved glass screen unit that stretches across the width of the cabin. Within that is three large, haptic feedback OLED screens – one for the instruments, one for the central infotainment and climate functions and another to entertain the front-seat passenger. 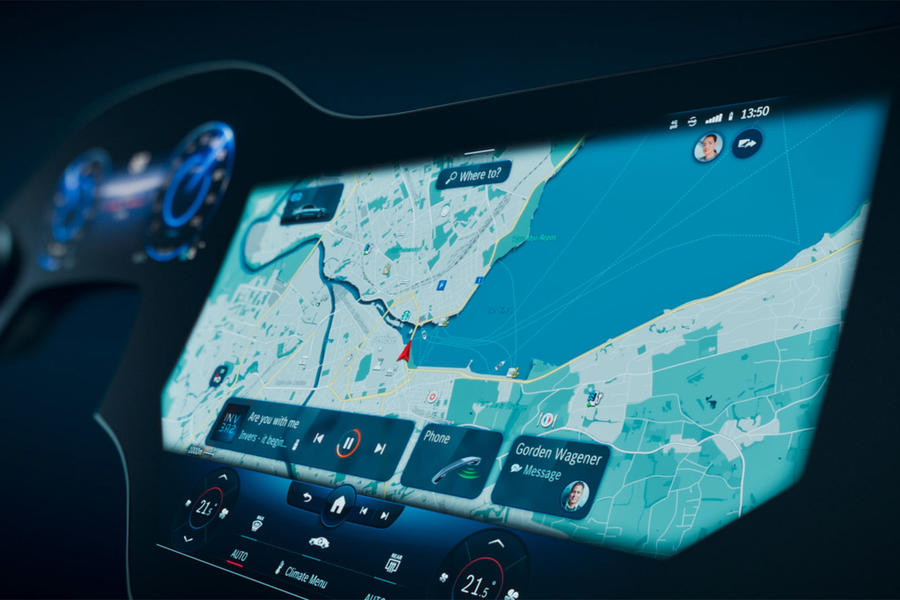 curved plastic panel itself, moulded three-dimensionally, is coated in a three-layer process dubbed “Silver Shadow” to give a “high quality surface impression”, reduce reflections and make cleaning easier. Ambient lighting is said to make the unit appear to float, while traditional air vents are slotted through the panel.

The operating system itself, an evolution of the latest system found in the Mercedes S-Class, is said to be “radically easy to operate and extremely eager to learn”. Using artificial intelligence (AI) that is said to learn the user’s preferences and display the right car functions when they are needed, the tech has a ‘zero layer’ menu system which avoids the need to scroll through complex sub-menus or give voice commands. Data from Mercedes’ first-generation MBUX system suggests the majority of usage is of the navigation, radio and media and telephone functions, so these are maintained in the central screen. 20 further functions can be offered with the aid of AI when appropriate. Examples include the car’s ability to learn the driver’s habits, including the use of seat heating or massaging, suggesting these functions when they are usually activated. The EQS’s can also raise its suspension to clear obstacles, whereby the system will remember the GPS coordinates the driver did so and suggest activating the feature in advance. 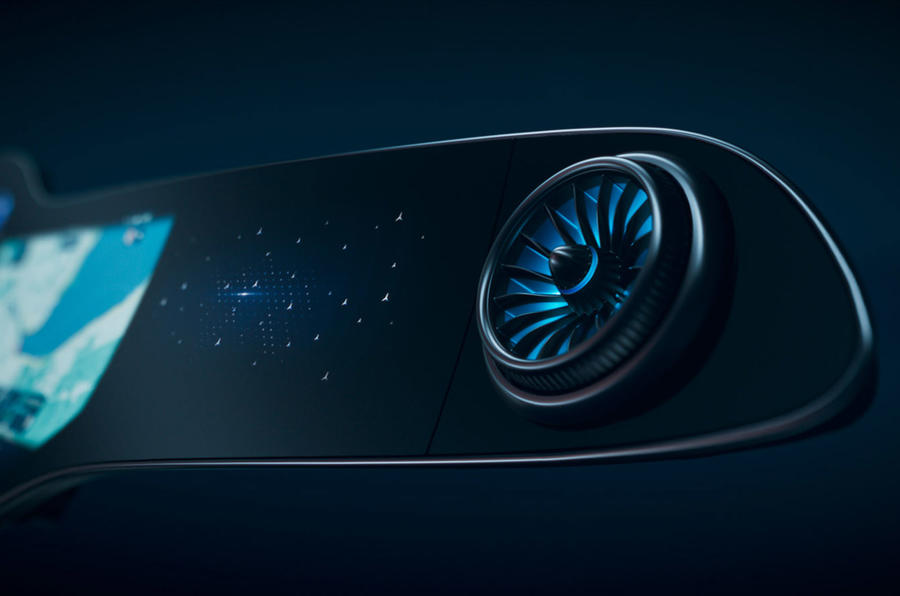 The system will be optionally available on the EQS when it’s launched later this year – it’s not clear yet what the standard dash design will look like. It’s likely the system will also be offered on the EQS SUV, which arrives in 2022.