MINI is about to undergo a major shake-up as its BMW parent executes plans to dramatically extend the British brand’s line-up and transform it into an electric-only maker by 2030.

Between late 2022 and 2025, Automotive Daily’s exclusive partner Autocar understands, Mini will launch a super-compact three-door electric city car just 3.5m long, before capping the new range with a bigger Countryman crossover and a spacious, long-range electric MPV. These last two models are expected to be at least 4.5m long, making them the biggest Minis yet. Today’s 3-Door Hatch and 5-Door Hatch will be replaced, as will be the Convertible and Clubman.

A step towards becoming a fully electrified brand has been taken with the unveiling of the one-off electric Mini JCW Pacesetter, which will be used as a pace car for Formula E.

According to BMW insiders, a less dramatically styled version of the electric JCW will be launched later this year or in early 2022. The JCW EV will be aimed at establishing the credibility of pure-electric Minis by showcasing the pace and sharp handling that have been a hallmark of the brand’s performance cars for decades, before the all-new fourth-generation Mini hatchback arrives eight to 12 months later.

Another all-electric Mini model has been spotted undergoing winter testing recently, and is likely to revive the Minor nameplate.

The Minor will be the first model to emerge from the BMW and Great Wall ‘Spotlight’ alliance in China. It is based on an all-new platform that has been developed jointly by BMW and Great Wall engineers. Construction of the new AUD$990 million Spotlight factory, which is in Jiangsu province in China, started in June 2020. 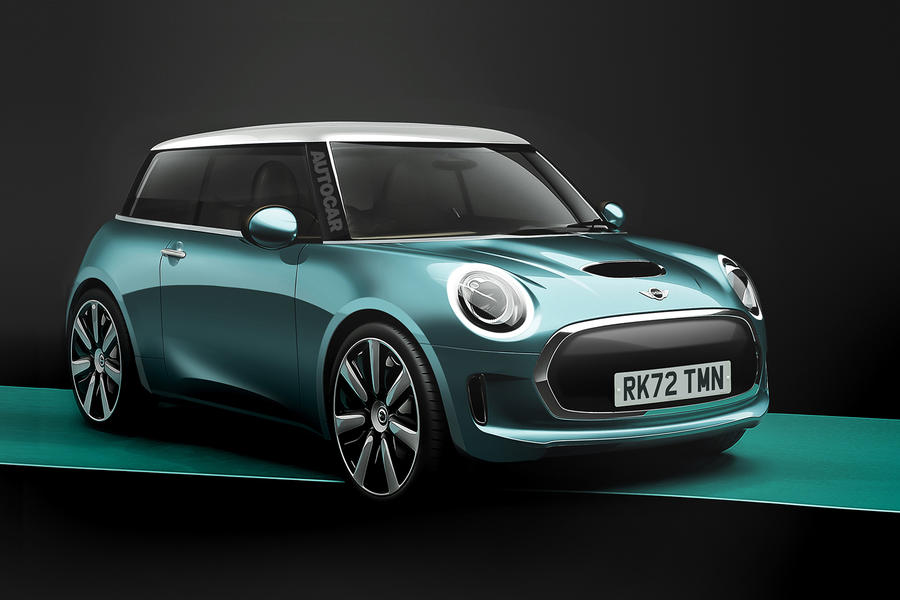 The companies say the facility’s role will include research and development for EVs and building the new Mini model for global markets. All Mini models are currently imported into China, which results in the showroom price being comparable to that of a locally produced BMW 3 Series.

Relaunching the centrepiece Mini as a very compact, domestically built urban EV is expected to significantly boost the brand’s presence in China.

It is thought that BMW has been able to realise a super-compact Mini because of the packaging and space-saving advantages inherent in battery-electric platforms.

Like the original Mini, which adopted a transverse engine and sump-mounted gearbox, a new type of compact suspension and tiny wheels to give ultra-compact proportions, the Mini Minor’s packaging will benefit from the flat floor enabled by the battery pack as well as the new all-in-one electric powertrain units being developed by BMW.

Codenamed ‘Heat’, these units combine a new type of water-cooled motor, power electronics and single-speed transmission into a single module that fits into the space of a typical internal combustion engine.

No technical details of the new Mini Minor have emerged yet, but if it does use a Heat drivetrain, the expected output will be around 100kW. The car’s small size and relatively low kerb weight suggest it will accommodate a battery of about 35kWh capacity and have a 270-kilometre best-case range.

A BMW insider suggested that the typical average use of 37 kilometres per day would allow a city-based driver a full working week’s worth of use without recharging. 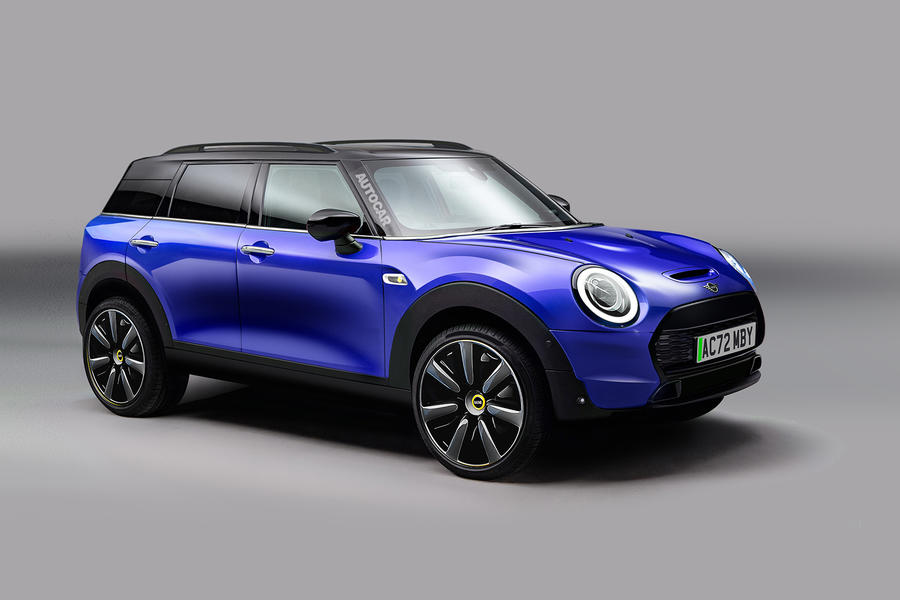 The next move in BMW’s launch schedule will be to replace today’s Mini range, the process of which is expected to start at the beginning of 2023. Most of the attention concerning the successors to the 3-Door, 5-Door and Clubman will go on design, inside and out, and further improving the car’s packaging.

Mini design chief Oliver Heilmer revealed in a recent interview that the nextgeneration Minis will be based on a new platform. Dubbed FAAR, it will be used for BMW’s natively front-driven vehicles and adaptable for pure ICE, plug-in hybrid and fully electric powertrains.

Heilmer said he is looking to move away from the current Mini design language and recapture the simplicity of the original Mini, which, he believes, has been lost over the past 20 years. Heilmer said one of his foremost tasks with the Mk4 Mini is to reduce the size of the front overhang, something he sees as pivotal to the major design overhaul – including the innovative use of foam as a crash element in order to shorten the Mini’s nose.

In recent interviews, Heilmer said he wants to “reduce Mini design as much as possible”.

He said: “We are always reflecting on the 1959 Mini… We look at what’s ornamental and what we could take out.” He has also hinted that while the three-door Mini will not deviate too far from its design roots – elements such as the round headlights will stay, for example – a very different approach will be needed for the next-generation Countryman.

Heilmer told Automotive Daily’s partner Autocar in December 2019 that the current clamshell bonnet design may not survive and that other long-running details such as the toggle switches are being reconsidered. The heavily domed sides of today’s Mini could also be dropped for space-enhancing flatter panels.

The aesthetics of the new 5-Door Hatch will, he said, “be much improved”. The current car is based on the wheelbase of the larger Clubman and sculpted to appear smaller in stature. For this reason, the next Clubman may be distinguished by becoming bigger – possibly taller with a bigger boot and more interior space – and gaining crossover-inspired design cues. 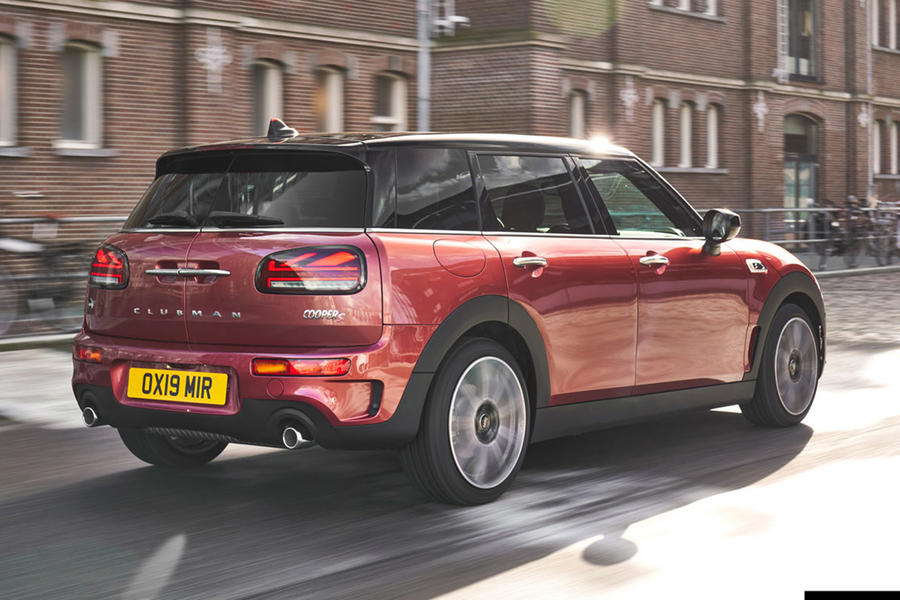 This, in turn, clears the way for the Mk3 Countryman to grow into a proper SUV. A sibling model to the new BMW X1, it will also be based on the new FAAR platform. BMW bosses say demand from the important US and Chinese markets mean the upsizing is necessary to compete seriously in the market.

“The footprint is most crucial with the hatch,” Heilmer told Automotive Daily. “Size is less of a problem with the other models. I want each model to be the smallest in the segment, or visually the smallest. But small may not be helpful for sales.”

The final Mk4 Mini is expected to be a pure-electric MPV-style model called the Traveller. Previewed by the Urbanaut concept shown late last year, this highly space-efficient model looks back 24 years to the Spiritual Mini concept drawn up by Rover Group designers.

The smooth-sided and pared-back aesthetic is a clue to the Mk4 Mini look and the model could be pitched as a low-impact urban family wagon and a commercial vehicle. 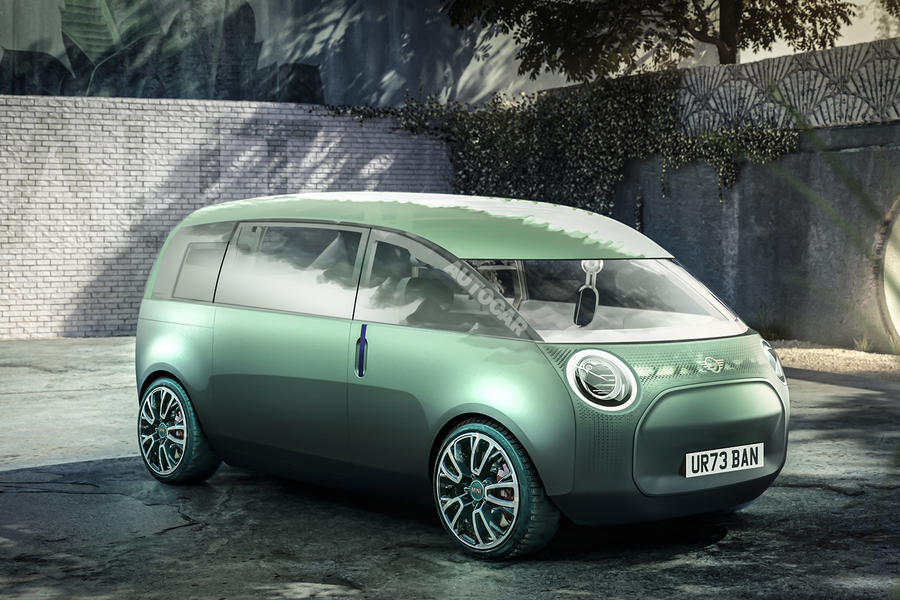 The Urbanaut concept is based on a ‘skateboard’ chassis of a kind that BMW has only recently detailed. Called the ‘Neue Klasse’, the architecture will be engineered for maximum recyclability and cloud-based connectivity services such as live hazard warnings. It is not expected before 2025.

However, the production Traveller could, like the Countryman, be based on the electric version of the FAAR platform. If Mini was willing to build a 4.6m-long car, it could even be a seven-seater like the BMW 2 Series Gran Tourer.