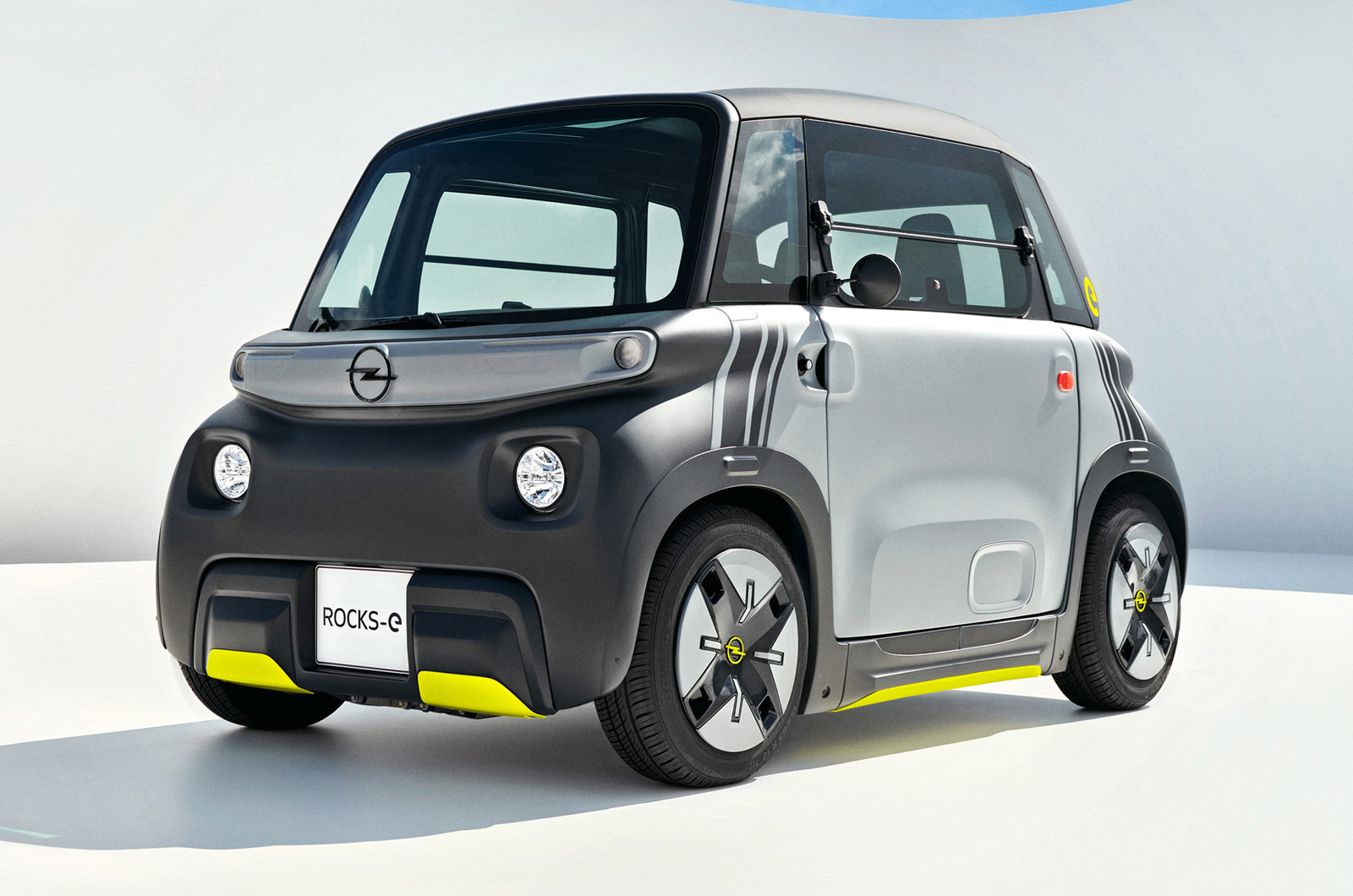 German brand Opel has revealed the Rocks-e, a rebadged and lightly restyled version of the Citroën Ami for the German market.

The brand hails the new arrival as the “beginning of the SUM [sustainable urban mobility] era”, and highlights the fact that it can be driven in Germany from the age of 15, licence dependent.

It sits below the Corsa-E supermini in Opel’s expanding electric line-up, and is technically identical to the Ami upon which it is based: a 5.5kWh battery provides 70 kilometres of range and can be charged in 3.5 hours, while an 6kW motor sends the quadricycle to a top speed of 45km/h. The 2.41-metre long, 471kg EV is almost visually unaltered, too, save for the addition of a new ‘Vizor’-style front end panel which brings the Rocks-e into line with Opel-Vauxhall’s more mainstream cars.

Pricing has yet to be confirmed, but Opel has promised the outright cost will be “less than for a small car” while the monthly leasing cost will be similar to the average spend on public transport. In its home market of France, the Ami is priced from AUD$9,700 after taxes, or can be leased for the equivalent of AUD$32 per month, so expect a similar treatment in Germany for the Rocks-e. Unlike its Opel sibling, however, the Ami is now all but confirmed for an imminent right hand drive market launch in the UK, with pricing set to be revealed soon.

Vauxhall has told Automotive Daily’s exclusive partner Autocar that it has no plans for its own version of the Ami/Rocks-e, but Opel has confirmed its model will head for other markets in 2022, following a German market launch this autumn.