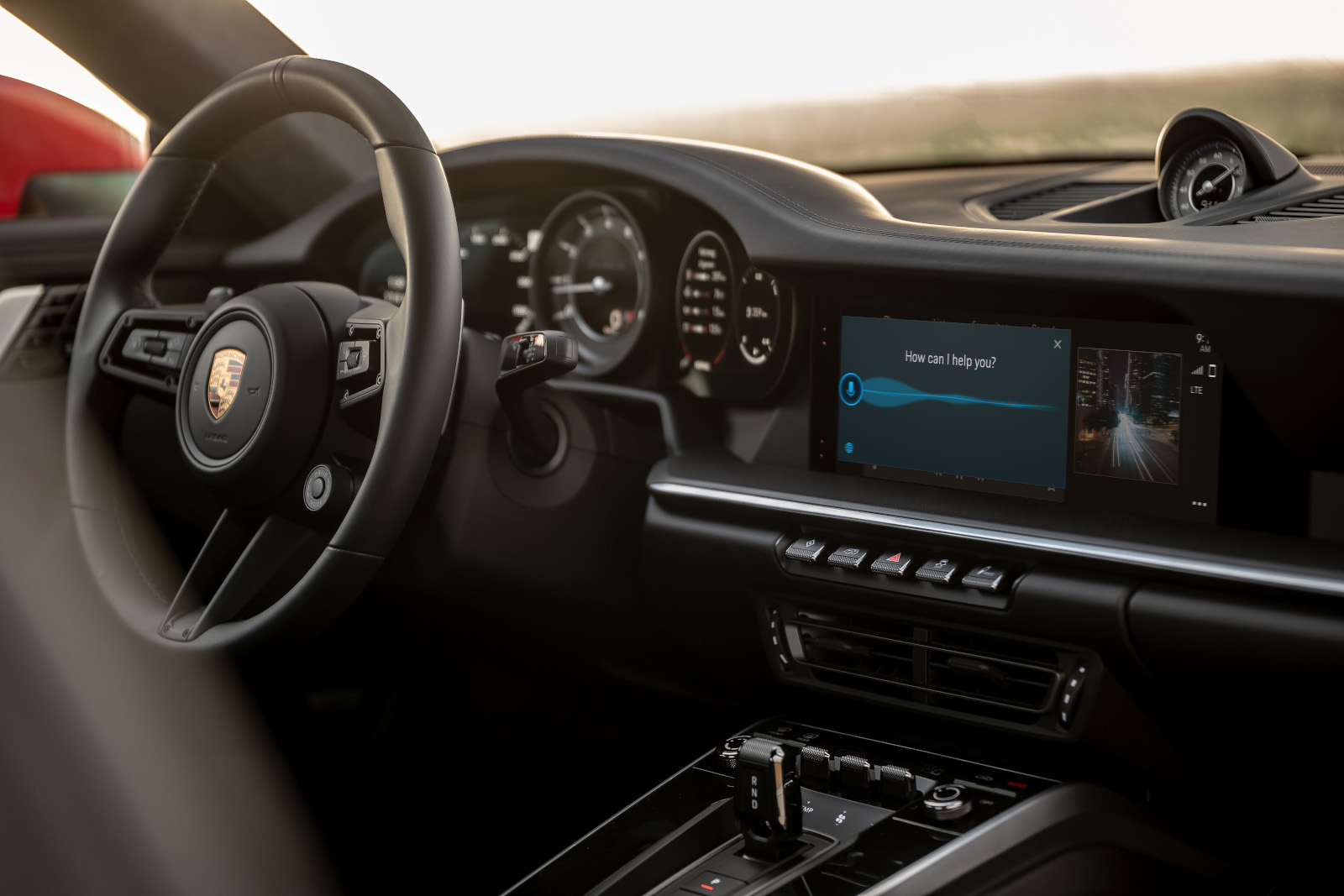 Porsche is expanding its connectivity features with stronger links to mobile devices, including implementing a new infotainment system with Android Auto connectivity.

A basic version of PCM 6.0 was used for the first time in the Taycan, with plans to fit the 911, Cayenne and Panamera with the system soon. “Personalisation is very important for us. We offer very individual settings for each individual Porsche customer – that means they have the option of configuring both the menu bar and the launcher themselves,” Bayer said. “They can drag and drop the controls they use most often into the launcher, and customise it to a very high degree.”

Another key feature that will be introduced is the integration of Apple Music, which will allow customers to save a song they hear on the radio to their own personal playlists.

The German firm says the new features will be linked together through the Porsche Connect app, which allows drivers to check vehicle data and remotely operate certain vehicle functions, including navigation information and convenience features. Drivers can also display their phone calendar on their infotainment screen, and remotely park the car using the app.

The Porsche Connect app will integrate with a free race circuit training app called Porsche Track Precision, which drivers can use to record, analyse and display driving data from their own laps driven from 300 race circuits. Porsche 911 and 718 models will have access to the app, with plans to expand to further product lines. “All you need to use the Track Precision app is a Porsche, your phone and a race track. The motivation for the app was that we noticed customers were recording more and more, said Eduard Schulz, head of Porsche’s Connect Car apps.

“It was clear to us, seeing as we had the vehicle data, that we could fuse it with video and have an attractive telemetry system on the smartphone.” Customers can also link up their GoPro cameras to the system.

Also announced was an adaptive music system, called ‘Soundtrack My Life,’ which offers individual music specific to the driver’s current route and driving style in real time. Porsche says a future function may be able to curate soundtracks based on the driver’s mood, based on habit data and time of day. No release date has been revealed for the system, but Porsche says the core technology is in place for a potential release soon.