With the first examples of the all-new 2022 Range Rover on their way to customers, Land Rover is about to take the wraps off its radically reinvented Range Rover Sport sibling, the current version of which has become one of the company’s best-selling cars.

Making its long-awaited debut later tonight, the Mk3 Range Rover Sport will play a fundamental role in supporting Jaguar Land Rover as the firm embarks on a wide-reaching and rapid-fire electrification programme. Every year for the past five years, the current model has outsold the standard Range Rover by more than 40% and more recently has jostled with the smaller Range Rover Evoque and Land Rover Discovery Sport for the position of JLR’s best-selling overall model.

The roll-out of Land Rover’s new MLA Flex architecture to its largest models means the Mk3 Range Rover Sport will be a radically different proposition from the outgoing car, which will be 10 years old by the time it is replaced.

Claimed to bring 50% more torsional stiffness and to reduce structure-borne noise by 24%, the new shell promises to substantially improve rolling refinement for the Range Rover family. The Sport, in particular, could have an enhanced focus placed on its dynamic credentials as a Porsche Cayenne rival.

This is especially notable in light of a powertrain-sharing agreement between JLR and BMW. The tie-up means the most potent Range Rover Sport SVR will swap its supercharged V8 for a BMW-developed, twin-turbocharged 4.4-litre V8, which paves the way for a hefty power increase and – more radically – a highly potent plug-in hybrid drivetrain option.

The current Range Rover Sport SVR uses the 423kW 5.0-litre V8 reserved for models in the company’s Special Vehicles portfolio – currently comprising identically powered versions of the Land Rover Defender, Range Rover, Jaguar F-Pace and Jaguar F-Type. This engine was historically produced by Ford in Bridgend but was taken in-house when that facility closed in 2019. As the implementation of stricter Euro 7 emissions  legislation looms, production of this engine will be gradually wound down and JLR’s most potent models will make the switch to BMW power. 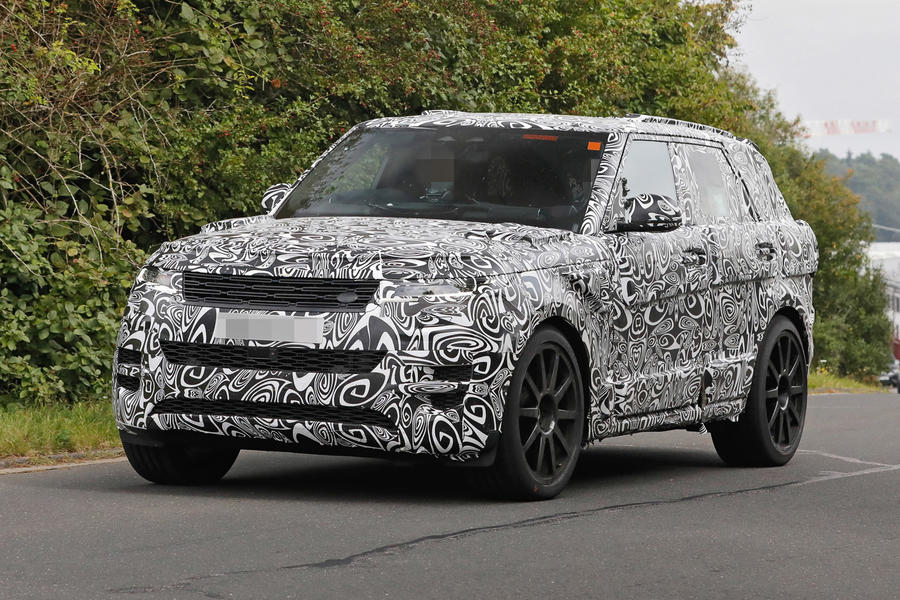 The 4.4-litre V8, referred to internally as the S63, currently propels BMW’s hottest M cars, with maximum outputs of 467kWin the hardcore BMW M5 CS. Land Rover will deploy its own version of the engine in its top-rung SUVs, with a bespoke tune and various modifications carried out by its engineers to best suit their characteristics.

As featured in the Range Rover, it produces 390kW for a 0-100km/h time of 4.6sec – slightly less power but a comfortable performance improvement over the previous V8 car – and those outputs are expected to be increased for the Sport in line with its more overt driver-focused billing. It is most likely that the new Sport SVR – which will be marked out by an aggressive styling package comprising quad-exit exhausts and a prominent rear spoiler – will be tuned to match the 459kW of the BMW X6 M Competition. That will bring the 0-100km/h time closer to the 4.0sec mark and bump the top speed to around 290km/h.

Such a boost would strengthen the hottest Range Rover’s credentials in the fiercely competitive and increasingly important super-SUV segment, which has swelled considerably since the current car’s 2013 introduction. New arrivals include the Aston Martin DBX, Porsche Cayenne Coupé, Lamborghini Urus and Maserati Levante Trofeo. 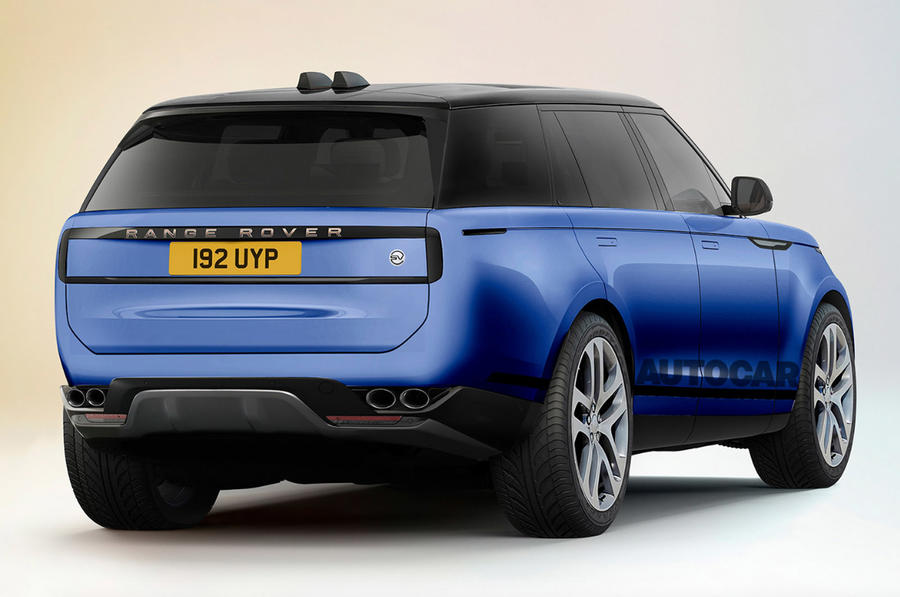 Not only that, but the BMW V8 is said to be 17% more efficient than the outgoing ‘AJ’ unit. Land Rover will take its push to reduce its impact on the environment further with a more widely electrified Range Rover Sport line-up.

The MLA architecture can accommodate a variety of electrified powertrains and the standard Sport will follow the Range Rover in adopting a range of 48V mild-hybrid-equipped straight-six engines – both petrol and diesel – ranging in output from 183kW to 295kW. But more notable will be the introduction of a heavily uprated plug-in hybrid system that pairs a 3.0-litre six-cylinder petrol engine with a 105kW electric motor and a 31.8kWh (usable) battery offering 100 kilometres of EV range. 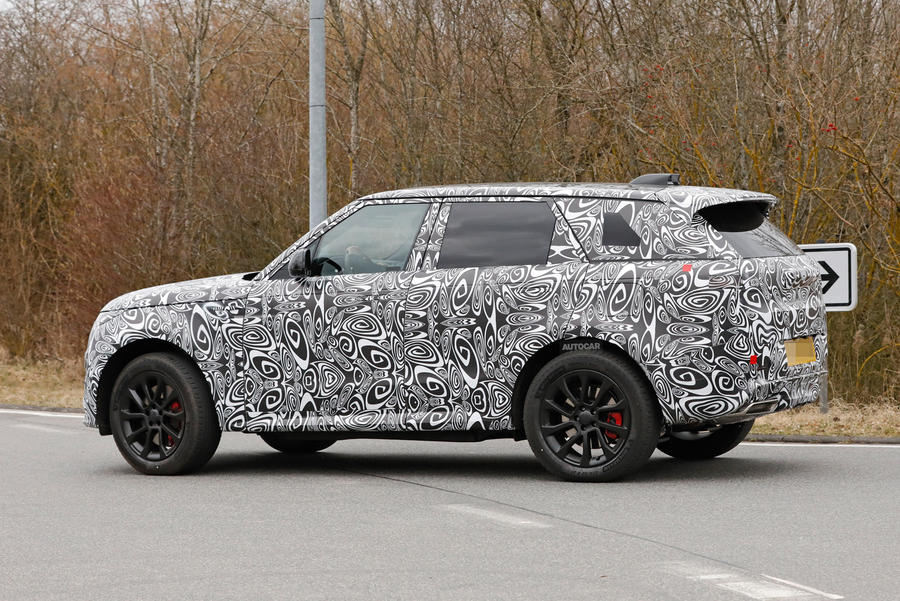 BMW has also recently demonstrated that its V8 can be used as part of a PHEV system, with the new Concept XM SUV adding a high-output electric motor for total outputs of 552kW, while a 20kWh battery pack supplies 80 kilometres of EV range. A similar set-up will be deployed in the upcoming BMW M5 and could feasibly be adapted for use in the Range Rover Sport to create the most powerful Land Rover model yet.

Beyond that, the Sport will ultimately be offered with a pure-electric drivetrain in line with Land Rover’s plans to transition away from combustion power. The company has confirmed that all models will be offered with a pure-electric option by the end of the decade, starting with the standard Range Rover in 2024, and it hopes to achieve a 60% EV sales mix by that point. Ushering in a zero-emission Sport will be vital to achieving that goal, so it will no doubt follow soon after its larger sibling, launching around the middle of the decade.

Whether these electric Range Rover models will also use BMW-derived powertrains has yet to be confirmed.

JLR’s partnership with the German firm centres on shared development of new EV drive systems, but BMW already offers a variety of rear- and all-wheel-drive electric cars, including the new iX, which is available with three different twin-motor set-ups. The top-rung M60 car’s 455kW would endow the Range Rover Sport EV with performance on a par with – if not superior to – the forthcoming V8-powered SVR.