Suzuki has unveiled a commercial version of the Jimny. It’s pretty much identical to the standard off-roader – and, most importantly, it will allow Suzuki to continue selling the car in Europe, even in the wake of the EU’s more stringent emissions regulations. Sales are expected to start early next 2021.

From the outside, the Suzuki Jimny commercial looks the same as the passenger carrying model. However, to fulfill its new-found brief as a light van, Suzuki has swapped the standard Jimny’s tiny rear bench seat for a partitioned 863-litre load bay – which is 33 litres more than the passenger model offered with the back row folded. 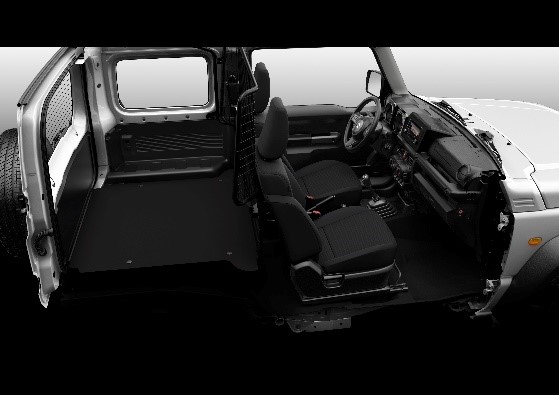 However, that 95g/km figure only applies to passenger vehicles. Commercial vehicles have a far more lenient target figure of 147g/km of CO2 which, rather conveniently, the Jimny’s 1.5-litre four-cylinder petrol engine comes closer to matching – allowing Suzuki to eke a few more sales out of its ever-popular off-roader.

The Jimny commercial features a naturally aspirated 1.5-litre four-cylinder petrol engine, which produces 75kW and 130Nm of torque – and, like the standard car, the unit is mated to a four-wheel-drive system, which features a five-speed manual gearbox and a low-range transfer case.

Suzuki also says that Jimny commercial buyers will receive the same level of standard equipment as the passenger model. Standard kit, therefore, will include air conditioning, cruise control, a full-size spare wheel and a touchscreen infotainment system with Apple CarPlay and Android Auto. 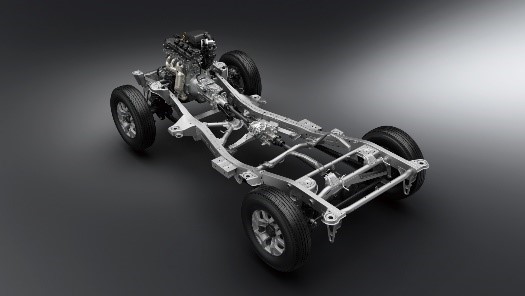