Mercedes-Benz has revealed the facelifted E-Class Coupe and E-Class Cabriolet, which follow the sedan version shown earlier this year with revamped electrified engines and a host of design and technology upgrades.

Due to go launch later this year, the style-focused models feature a range of alterations designed to enhance their appeal, including a new ‘A-shape’ front grille and flatter LED headlights and tail-lights. Both maintain their customary three-door, four-seat designs and the Cabriolet a folding fabric roof.

E-Class product manager Andrea Ruland said, “A big focus was that we wanted to make them look more dynamic. Customers liked the general design of the previous E-Class range but wanted it to look sportier. It’s a big step forward.” Mercedes has extensively reworked the electronics of the 213-generation E-Class for this mid-life upgrade, and as a result it gains the firm’s new steering wheel with capacitive touch controls.

Many of the other physical buttons inside have been replaced by capacitive controls, including the latest latest version of Mercedes’ MBUX infotainment system with two 10.25-inch screens (or two 12.3-inch screens as an option). There are also new driver assistance features, ‘energising’ comfort functions and an optional Urban Guard theft protection pack. 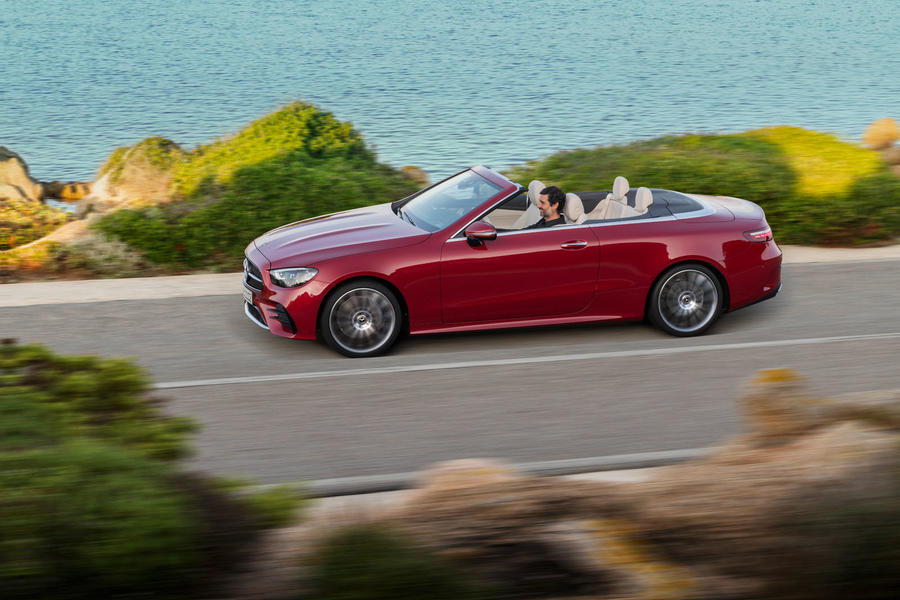 The engine line-up for the standard E-Class Coupé and E-Class Cabriolet will comprise two diesels and three petrols at launch, ranging from 2.0- to 3.0-litres in capacity and producing between 143kW and 270kW.

These make extensive use of Mercedes’ 48V Integrated Starter Generator, which uses an electric alternator fitted directly to the nine-speed automatic gearbox to offer up to 15kW and 180Nm in certain situations.

The mild-hybrid system is also designed to aid fuel economy, which starts from an official 3.9L/100km for the entry-level E200d diesel and 3.9L/100km for the E200 petrol. Several engines, including the 196kW petrol in the E450, are offered in combination with four-wheel drive.

As well as the infotainment and technology upgrades as the regular E-Class models, the performance pair gain a number of AMG-specific styling tweaks, including a bespoke grille and new front splitter designed to bring them closer in line to the AMG GT sports car. 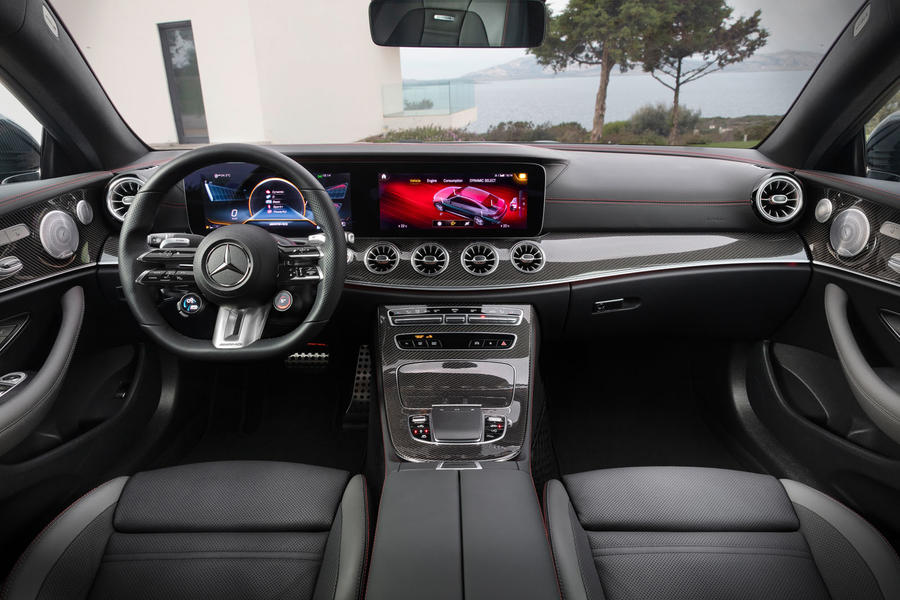 There are also new 19-inch alloy wheels, along with a 20-inch set on the options list, plus a number of new paint colours bespoke to AMG. Along with functions such as Dynamic Select driving modes and AMG’s Ride Control+ air suspension, the E53 Coupé and E53 Cabriolet will also be offered with AMG’s Dynamic Plus Package for the first time.

This includes a redesigned steering wheel, additional bespoke design elements and a Race driving mode that includes a drift function.