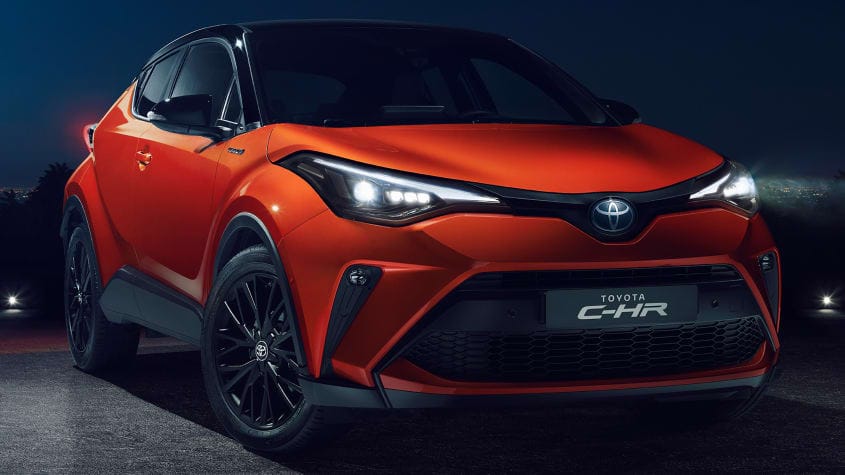 Toyota has registered a trademark for the “C-HR GR Sport” nameplate, suggesting the firm’s compact crossover will soon receive a sports-inspired trim-level. The styling package will act as the flagship model for the standard-issue C-HR range, offering competition for the Nissan Juke Tekna+ and Volkswagen T-Roc R-Line.

We expect that the jazzed-up GR Sport will launch later this year. The model should be fairly easy for Toyota to create, as it requires only minimal changes to the crossover’s body and interior. It should also prove to be as profitable as the firm’s existing GR Sport models.

Revisions over the standard-issue C-HR should include wider front and rear bumpers, deeper side skirts, larger alloy wheels, privacy glass and a pair of LED headlamps. Like the Corolla GR Sport, buyers should also get a pair of sports seats and a reupholstered interior.

As the C-HR GR Sport is a purely cosmetic trim package, it’ll be offered with the crossover’s standard range of engines. Buyers will be offered a choice of two four-cylinder hybrid powertrains – either a 90kW 1.8-litre or a 135kW 2.0-litre unit.

Do you think the Toyota C-HR GR Sport will be a success? Let us know in the comments section below…