The machine, which is due on sale later this year, was first displayed in concept form at the Tokyo motor show last year, before being shown in near-production form at a brand event in Amsterdam, the Netherlands. The Japanese firm promises the new Mirai will offer a major step forward in fuel cell electric vehicle (FCEV) technology. It claims a 30% increase in range over the current model, which manages just over 480 kilometres, along with improved driving performance.

The new Mirai is built on Toyota’s latest TNGA platform and features a heavily evolved design, including a bold grille and a sweeping, coupé-esque rear. Toyota claims increased body rigidity and a lower centre of gravity than the original Mirai. 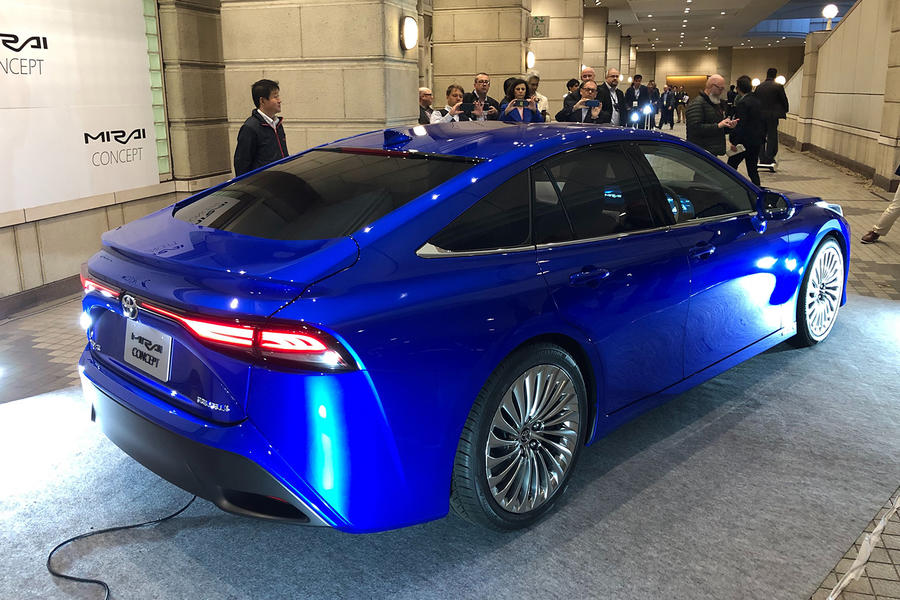 In concept form, the new Mirai measured 4935mm long and 1885mm wide, with a wheelbase of 2920mm. It sits on 20in wheels and retains the four-door saloon layout of the original Mirai, which was launched in 2014. Toyota indicated those dimensions will carry over to the production version. The interior has also been reworked. It features a 12.3-inch central touchscreen and a digital instrument display, with many of the controls moved to the centre of the dashboard. Notably, the Mirai now has five seats instead of the original’s four, which, Toyota says, has been enabled by a reworking of the hydrogen fuel cell configuration. Aside from the claimed increase in range, Toyota has not given specific details of development work done on the fuel cell powertrain. But it says the system, including the fuel cell stack, has been entirely redesigned and offers increased hydrogen storage. It also claims the work on the system ensures a smoother, more linear response, along with improved handling.

With Toyota set to stay in the city car class, the Aygo X prologue concept gives us a good idea of how the next...
Read more