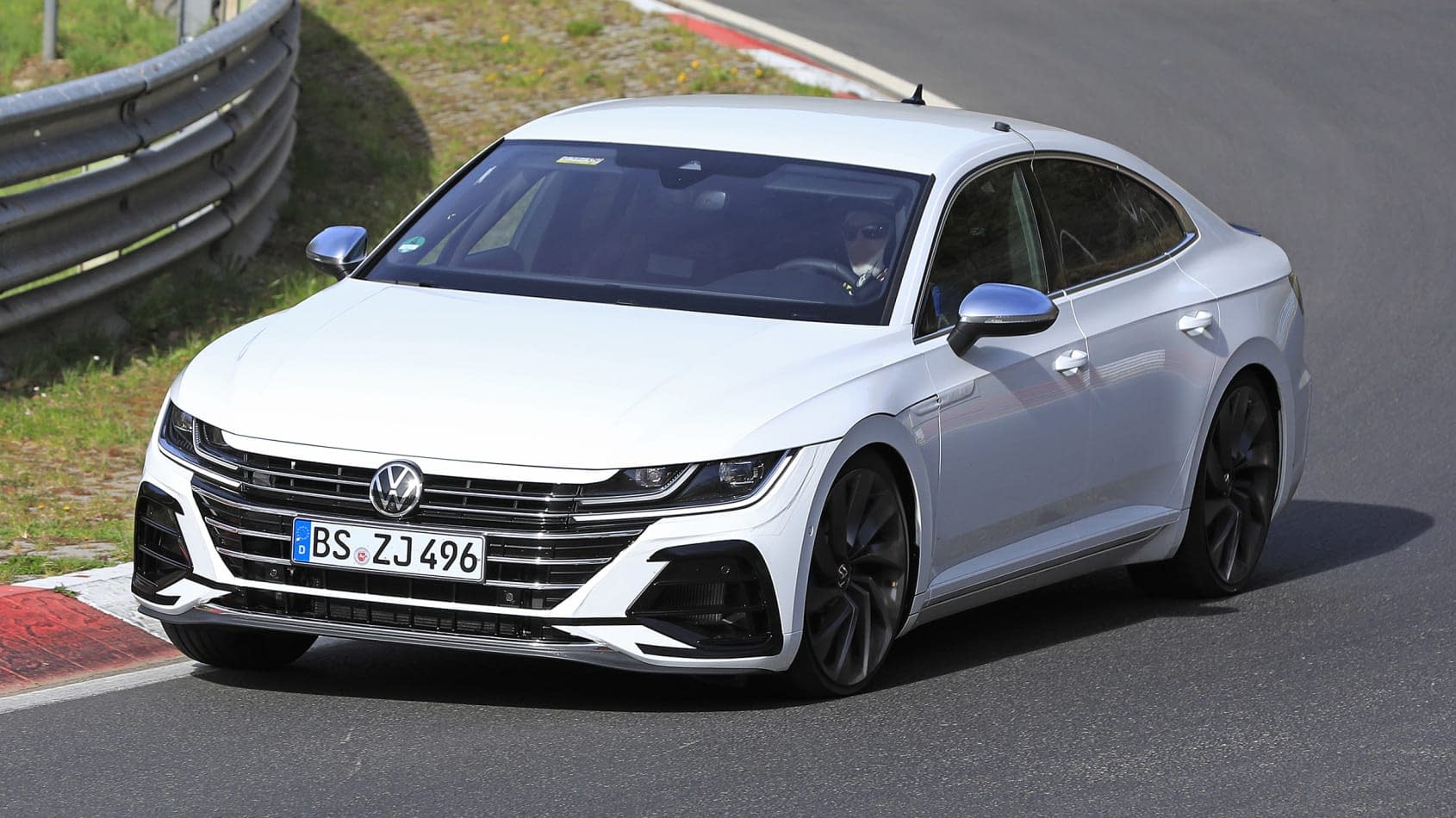 The Volkswagen Arteon is due a facelift, and it’ll pick up this R version and a shooting brake along the way

Volkswagen’s testing regime is still going strong during these odd times it seems, as alongside the Golf R prototype that was spotted doing time at the Nürburgring, there was also this, the Arteon R. The Arteon itself is due for a mid-life update soon, but alongside some new styling, it looks like Volkswagen intends on extending the range, with this new performance flagship, and a sleek shooting brake.

Paired with a set of 20-inch wheels borrowed from the current Arteon’s options list, the new Arteon R will be the first time Volkswagen has applied the R treatment to any Arteon, and the first of the closely related Passat model since the charismatic if somewhat overlooked Passat R36 from 2007. 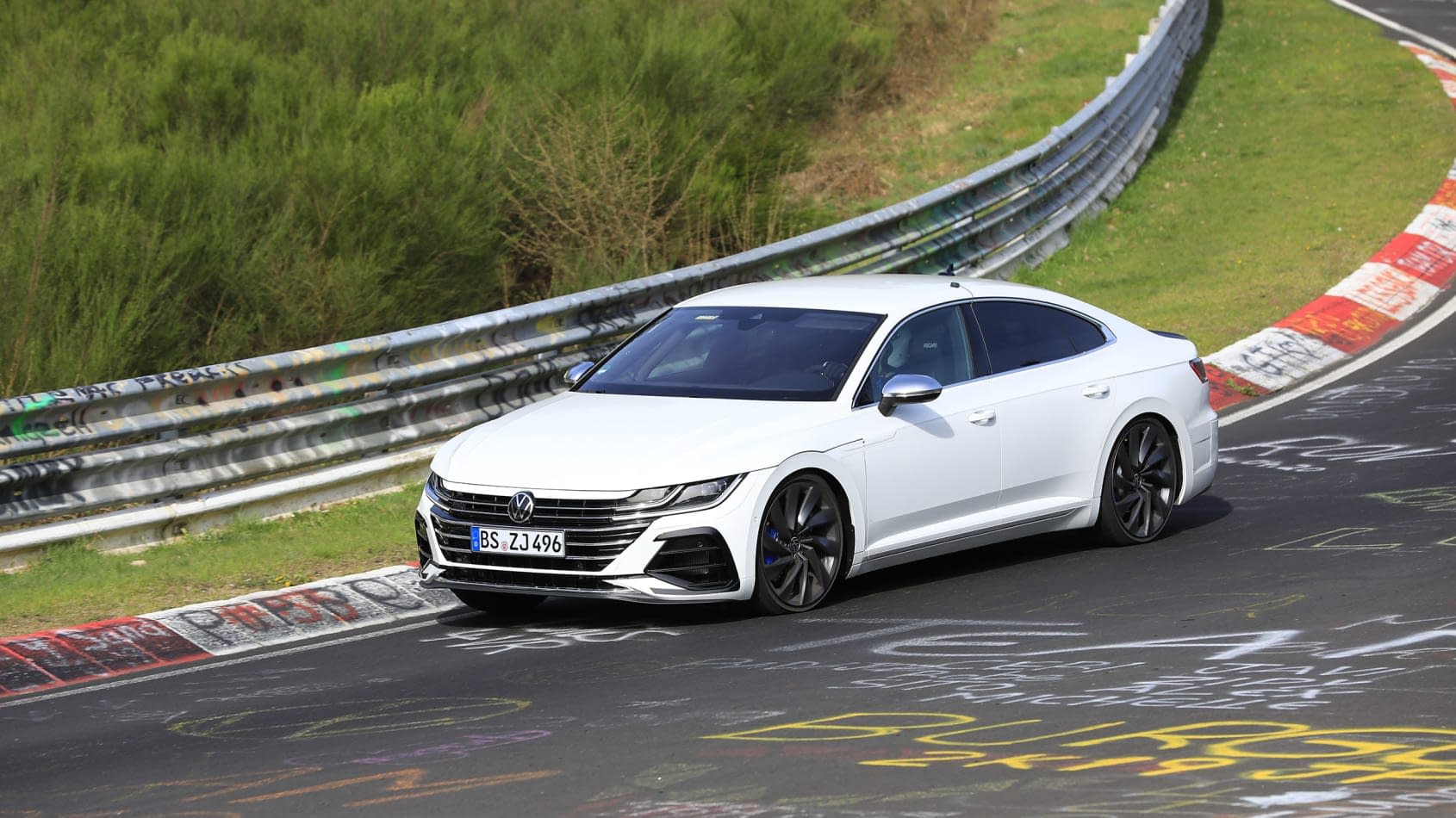 The powertrain this new flagship will likely utilise is unknown at this stage, but the Arteon’s shared Golf underpinnings allude to a transversely mounted turbocharged four-cylinder engine, paired with a Haldex-style all-wheel-drive system and dual-clutch gearbox. Whether this powertrain will be assisted by a hybrid system is less certain, but even carried over wholesale from the incoming Golf R, power should hit at least 255kW. 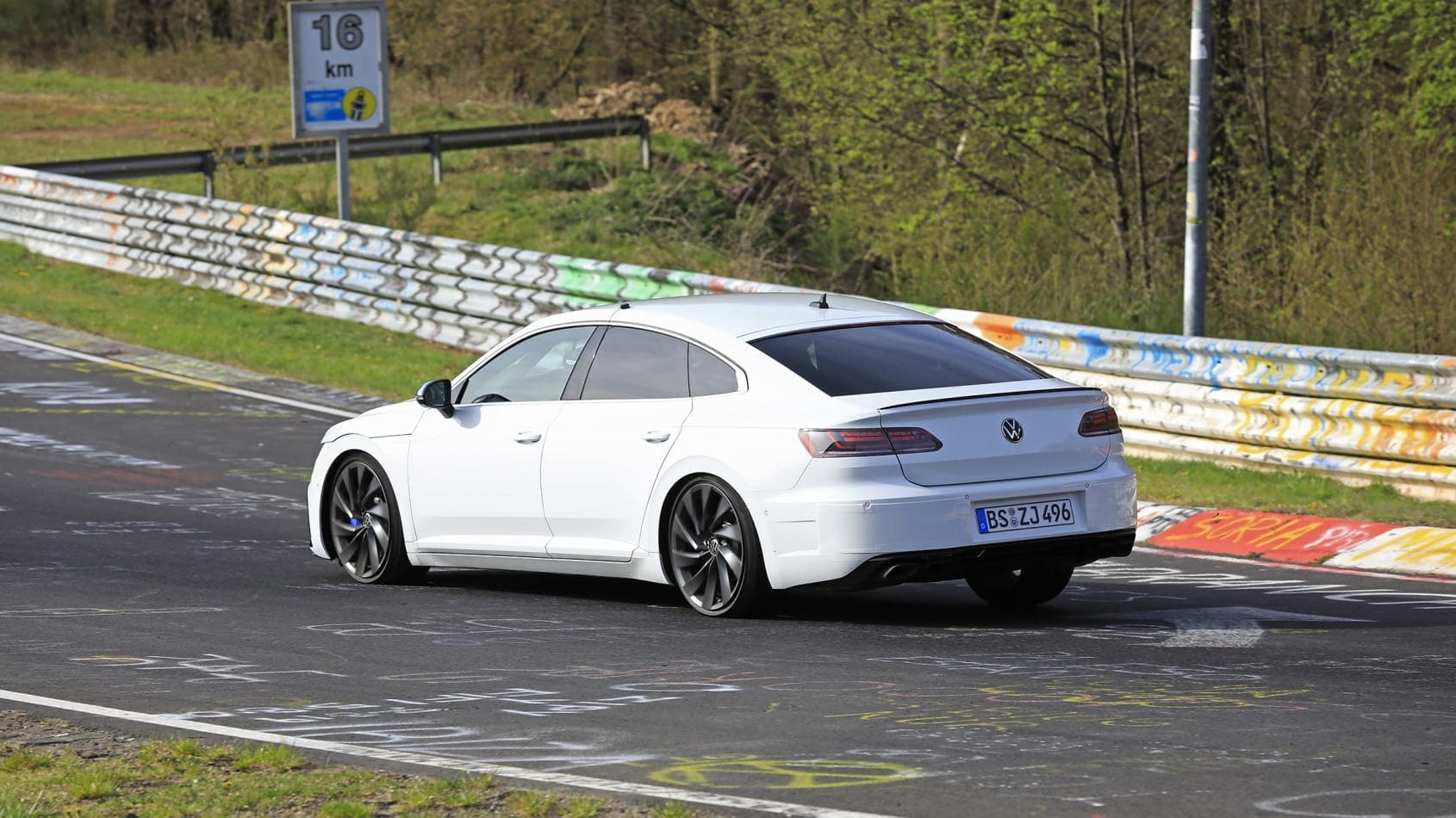 As seen testing in Lapland, the Arteon’s also due a new shooting brake body style that could make an Arteon R even more appealing, adding a bit of extra useful practicality to the sleek performance package. 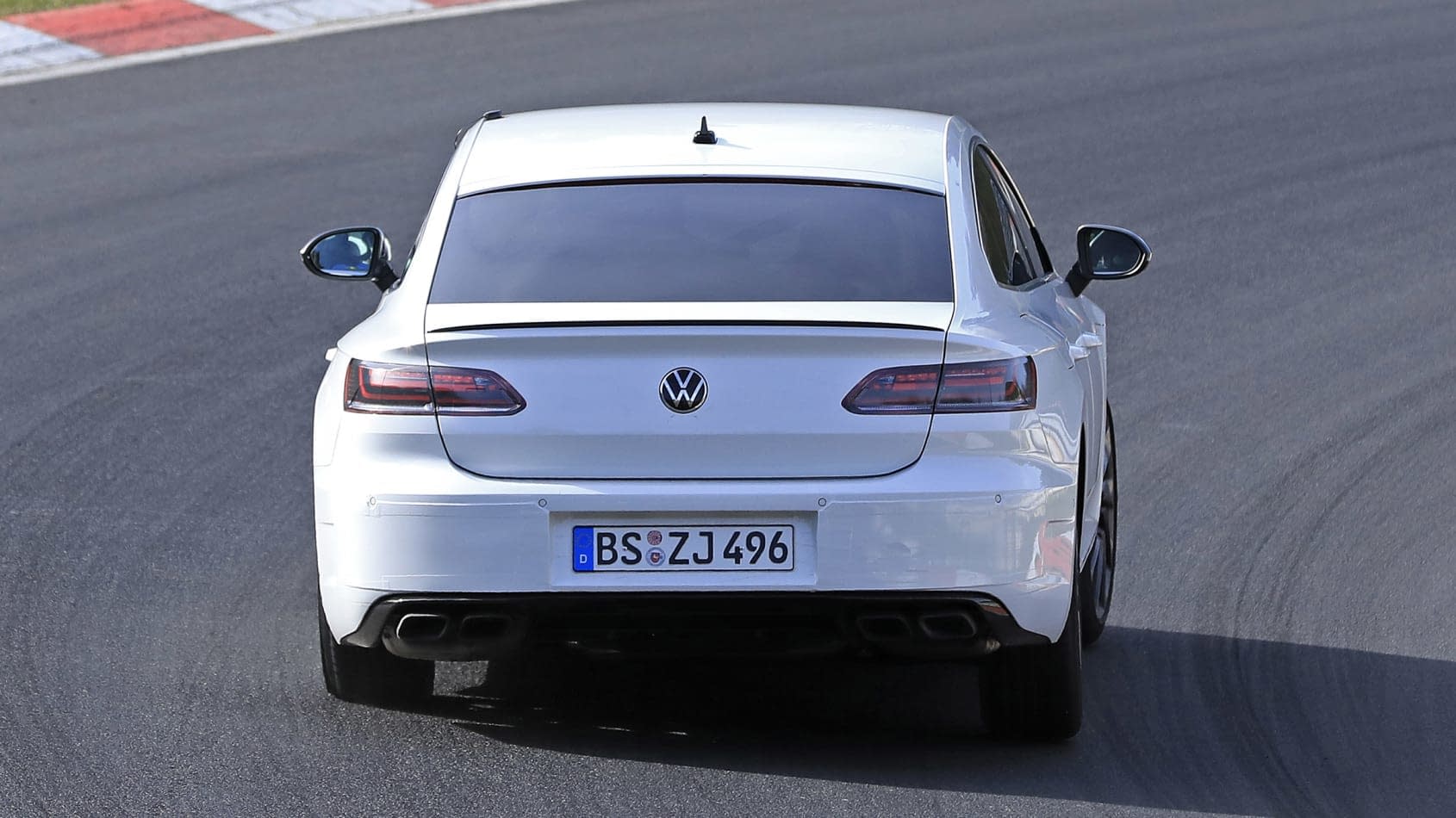 With the popularity of many large family saloons receding due to the rise of both premium rivals and SUVs, Volkswagen’s answer seems to be diversification – whether the R resonates with buyers remains to be seen. Due to be shown later this year, the facelift Arteon, R model and the fresh shooting brake body shape are all solid proof Volkswagen isn’t giving up on its large car range.

The refreshed Volkswagen Arteon will make its official debut on 24 June, with an updated engine range and a new Shooting Brake variant. Volkswagen has...
Read more

This is our first look at the new Volkswagen Arteon R as the hot sedan undergoes the final stages of development testing. The performance version...
Read more