The Volkswagen Nivus, a compact crossover originally launched in South America and Mexico, will launch in European markets before the end of 2021.

Described as having a “sporty and vibrant” look along with a “peculiar character”, the Nivus is similar in positioning to the T-Cross in western Europe. However, it’s differentiated by a lower, coupé-style roofline and is longer and wider. It’s based on the same MQB AO platform as the Indian-market VW Taigun revealed earlier this year.

The Nivus’s European launch was confirmed during Volkswagen’s annual media conference, and is set for the fourth quarter of the year. It will be closely followed by a facelifted version of the larger T-Roc SUV. While the Nivus was developed specifically for the South American market, VW committed at its launch in 2020 to eventually offering it in certain European markets. These will likely focus on developing markets in eastern Europe, and it is not yet clear if it will be offered in right hand drive markets such as the UK and Australia.

When launched in Brazil, the Nivus featured a new, Brazil-developed infotainment system called Volks Play. The 10.0-inch high-definition screen features tech similar to that seen in recent European VWs, including an App Store for increased functionality and built-in wi-fi. 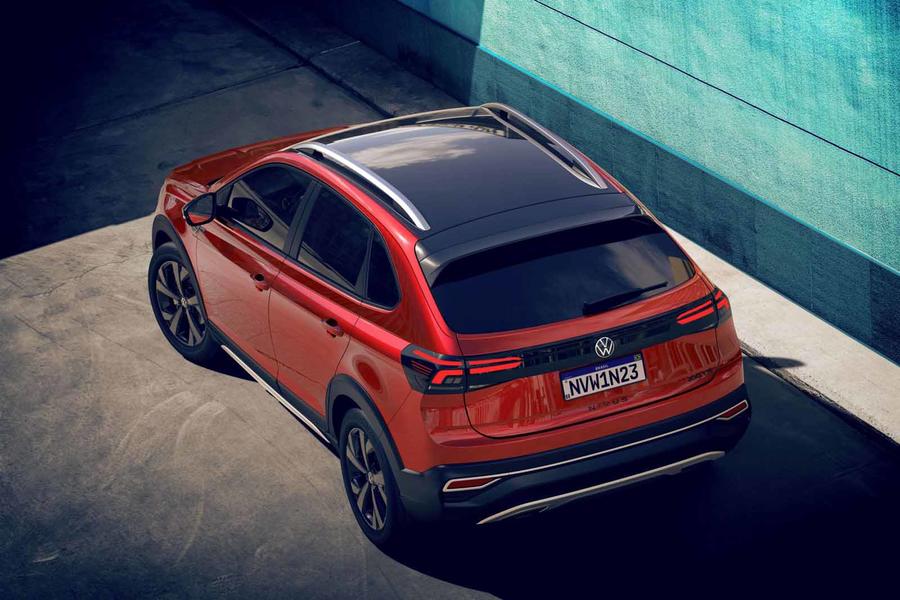 The system is also said to be durable and water resistant – part of a wider focus with the Nivus to ensure long-term reliability, an important factor for harsh South American climates and roads. For example, the firm is able to test the car’s electrical system to see how it fares with up to 10 years of use. The Nivus is the first Brazilian model with adaptive cruise control, too, while autonomous emergency braking features, too. Keyless entry, six airbags, a driver drowsiness detector and a digital dashboard are also said to be segment firsts in the market. More specific details, including the car’s engines and pricing, have yet to be revealed.