Next-gen 2022 Ford Ranger to be revealed later this month 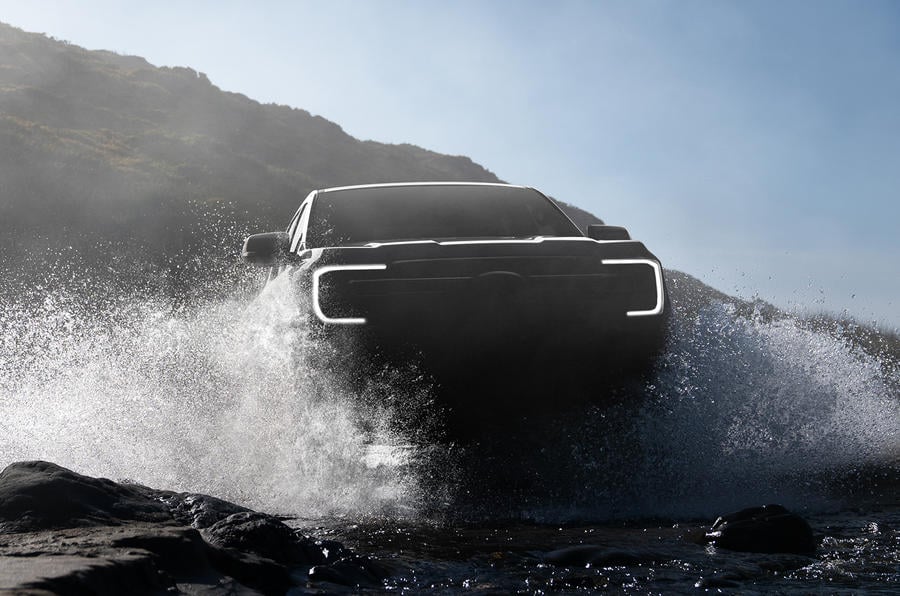 Hybrid-powered next-gen ute will be shown for the first time on Wednesday 24 November.

The next-generation Ford Ranger, which will feature hybrid power for the first time, will be revealed later this month.

The new model, which will replace the current T6 generation that has been on sale since 2011, will be unveiled at on Wednesday 24 November on Ford’s YouTube channel, where the manufacturer has published a short video teaser that gives hints at the model’s design (below).

The model has previously been spotted with a camouflage design livery undergoing tests in extreme off-road environments ahead of its launch in 2023.

Ford says the heavily updated pick-up truck has covered around 10,000km of desert driving, 1,250,000km of customer driving and 625,000km of rugged off-road durability testing, all with a maximum load capacity. The new Ranger comes as part of Ford’s commitment to offer a zero-emissions-capable version of its entire commercial vehicle line-up in Europe by 2024, which will see it introducing a new plug-in hybrid powertrain option. It is unclear if the hybrid will be offered in Australia. The new Ranger looks to adopt styling cues inspired by its larger US-market sibling, the F-150, which itself is now available in all-electric Lightning form. That’s most evident at the front, where gaps in this prototype’s camouflage expose distinctive new headlight designs, but the overall proportions and silhouette look closely matched to the current Ranger.