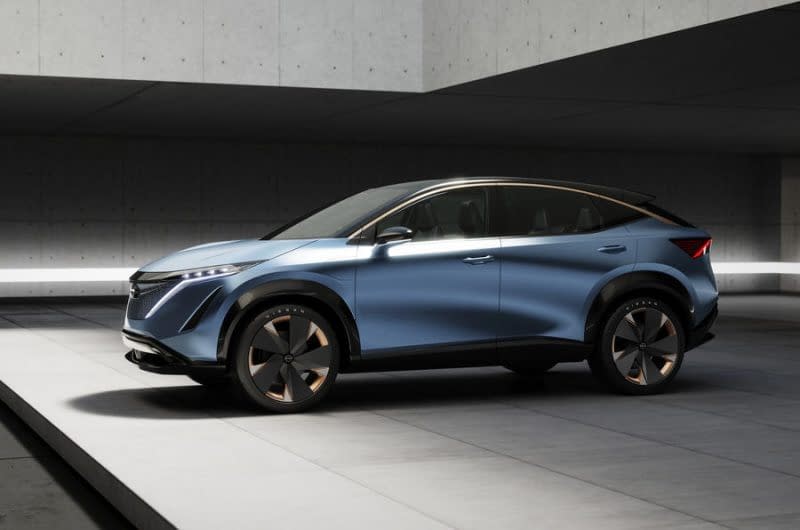 While the overall shape is clearly retained, a few detail changes can be spotted. The bumper shape, particularly the lower portion, has been slightly altered, with a towing eye cover visible and LED lights also brought in to the intakes at the edges of the front. 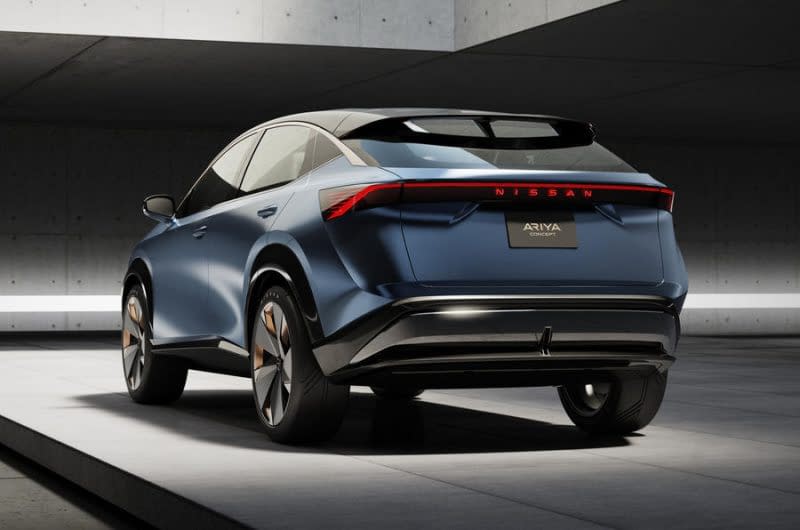 The side view seems broadly identical, bar a charging port raised higher in the wing, a shark-fin aerial on the roof and alterations to the roof spoiler. The side mirrors aren’t incorporated in the patent shots, suggesting Nissan might be looking to swap traditional mirrors for cameras like the Honda e and Audi e-tron.

At the rear more significant alterations are visible. It looks like the rear window has been reduced in terms of visible area, while a rear wiper has been brought in too. The backlit Nissan logo seen on the concept also appears to be ditched, although the full-width LED tail-lamp design should be retained. The bumper shape has also been altered for production. 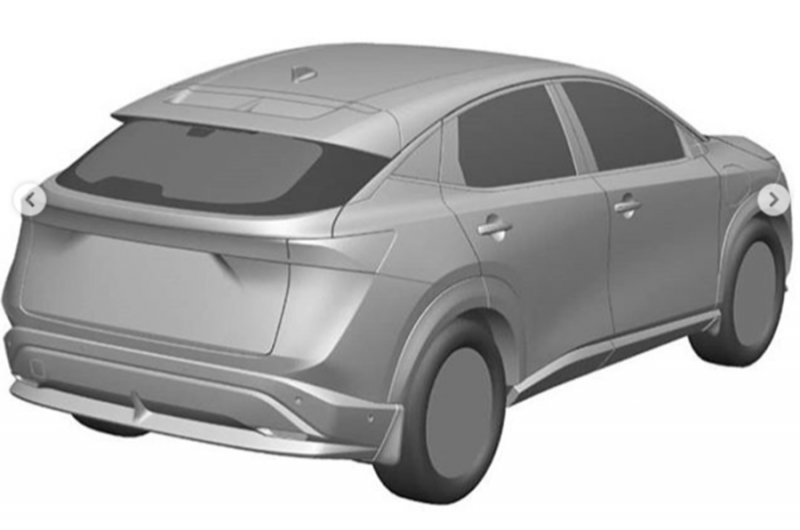 With no interior images, we can only go by the minimalist design of the concept’s cabin for reference. Expect it to showcase the long-awaited generation shift of Nissan interiors and infotainment alongside the new X-Trail, due at the end of the year.

The production version of the Ariya, not expected for at least another year, will use a new Renault-Nissan-Mitsubishi Alliance modular architecture that offers increased flexibility with the motor and battery pack size.

There is still no indication of the powertrain beyond Nissan calling it a “high performance, 100% electric drive system” with dual motors for all-wheel drive, while the new car will offer Level 2 autonomous driving assistance.