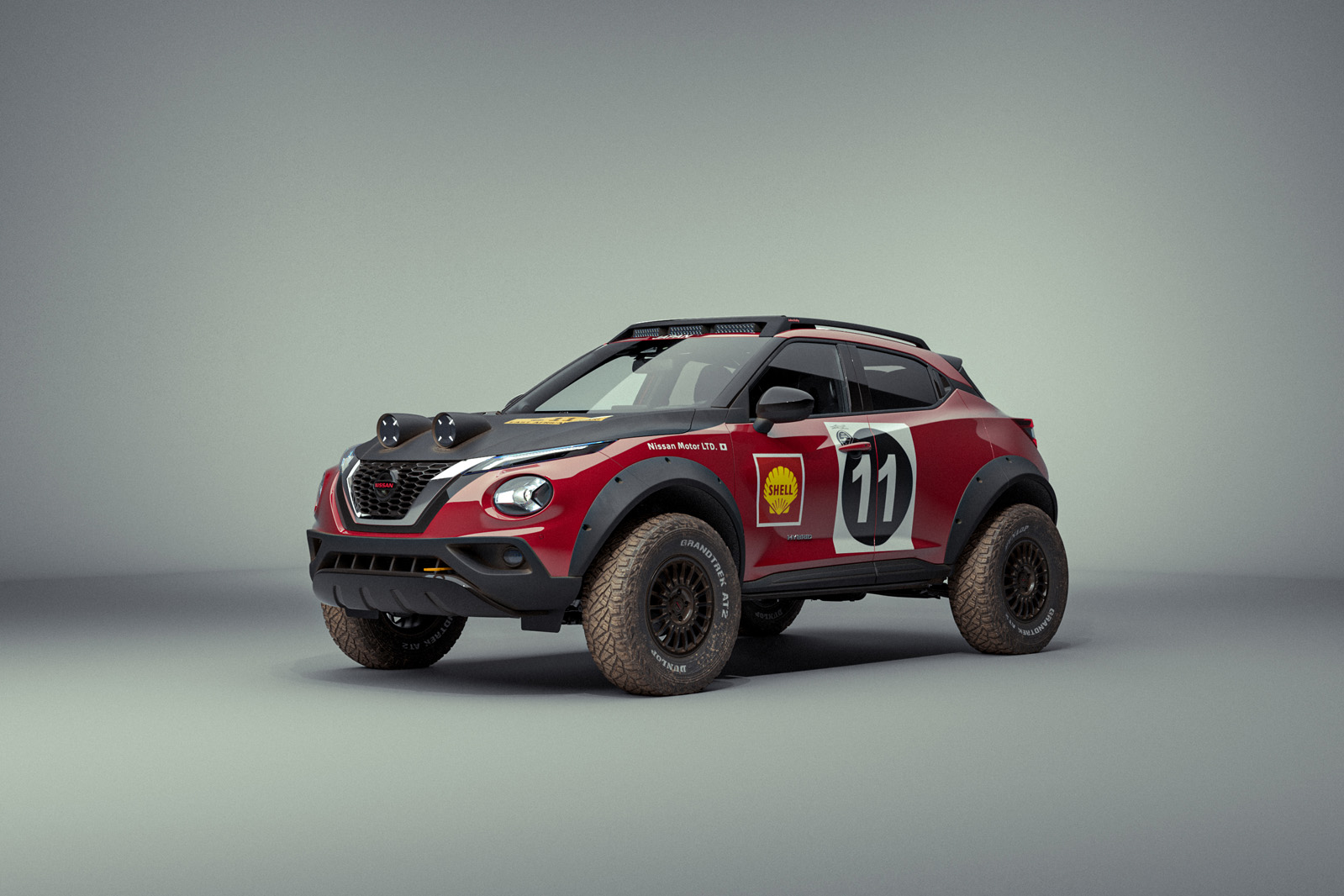 Nissan has revealed a rally-specification Juke concept, based on the 240Z that claimed victory in the formidable East Africa Rally 50 years ago.

The Juke Rally Tribute concept draws design inspiration from the 240Z, including prominent front spotlights, retro red exterior paint with a contrasting black bonnet and racing decals on the side of the car. The Juke also gains larger wheel arches to accommodate bespoke off-road tyres and sits substantially higher than the road car. Nissan also says the rally concept – a digital rendering for now – would feature a hybrid electric powertrain to provide more torque and greater efficiency, and to highlight the firm’s commitment to electrification of its model range.

“The Juke Rally Tribute concept celebrates an iconic moment in Nissan’s heritage, with the participation and victory of the legendary 240Z in the East African Rally in 1971,” said Coralie Musy, vice president of Nissan’s brand and customer experience division.

“As well as celebrating that victory, it reflects Nissan’s pioneering history in crossovers, striking design and electrified powertrains. We’re delighted to celebrate the 50th anniversary of the victory of that remarkable achievement with these striking images,” Musy said.

The 240Z won the East African Safari Rally in Kenya, Uganda and Tanganyika in 1971, driven by Edgar Herrmann with navigator Hans Schüller. It was the firm’s second consecutive win in the series. The original car was powered by a 2.4-litre straight-six engine, producing 154kW. The winning 240Z car was restored in 2013 and is now part of Nissan’s heritage collection which is housed in Zama, Japan.