Nissan shows that new technology can exist in old cars with the Newbird concept.

Nissan has unveiled a new concept EV, based on the old Bluebird liftback. It’s called the “Newbird,” and it was built to celebrate the 35th anniversary of the brand’s UK plant.

The Bluebird was the first car to roll off the Sudnerland factory’s production lines back in 1986 – but the facility has come a long way since then. Following a few months of uncertainty surrounding Brexit, Nissan recently announced that the plant has started production of the Mk3 Qashqai. To connect the modern Sunderland plant with its heritage, Nissan took the 40kWh battery pack and electric motor from the Nissan Leaf (which is currently assembled at the factory) and transplanted it into a used Bluebird.

Nissan says the Leaf’s electric powertrain gives the 80s liftback a maximum range of roughly 210km and a 0–100km/h time of around 15 seconds. The conversion was managed by Kinghorn Electric Vehicles.

The battery pack was separated into two pieces and mounted in the engine bay and the boot for optimal weight distribution, while the suspension was upgraded to support the added weight of the batteries. Nissan also replaced the Bluebird’s original power steering, braking and heating systems with electrically operated items. 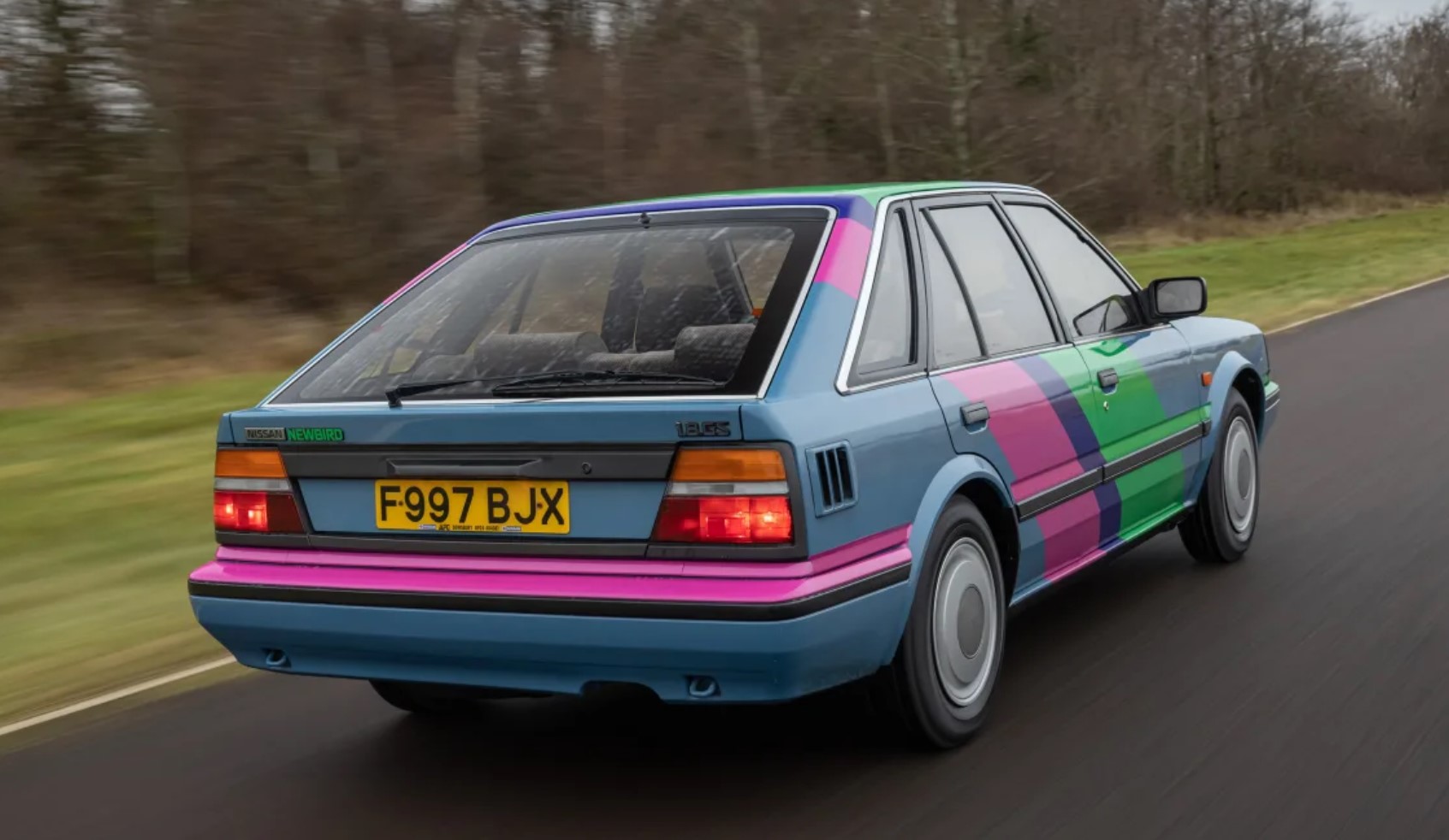 The charging socket is hidden behind the car’s fuel filler door – and the system is compatible with a 6.6kW charger. Nissan even repurposed the original car’s fuel gauge, so it now displays the battery charge.

To mirror the mechanical changes, Nissan also made a few cosmetic tweaks, the most noticeable being the lairy eighties-themed graphics. The paint scheme was inspired by the design cues popularised by 1980s consumer technology.

Nissan has also added some backlighting to the car’s front badge – a design feature which has grown increasingly popular in recent years.

Since 1986, Nissan’s Sunderland plant has produced more than 10.5 million cars. The number of staff employed by the factory has also grown from 430 to 6,000 within the same period – and there are 19 staff members still working in the factory today who originally screwed the Bluebird together back in the 1980s.

The Newbird is the latest concept promoting Nissan’s Ambition 2030 electrification drive, under which the brand will launch 15 new electric vehicles before the end of the decade.

It also follows a group of four new electric concept cars that previewed some of the brand’s upcoming EVs. All four are powered by Nissan’s next-generation e-4ORCE all-wheel drive electric powertrain.