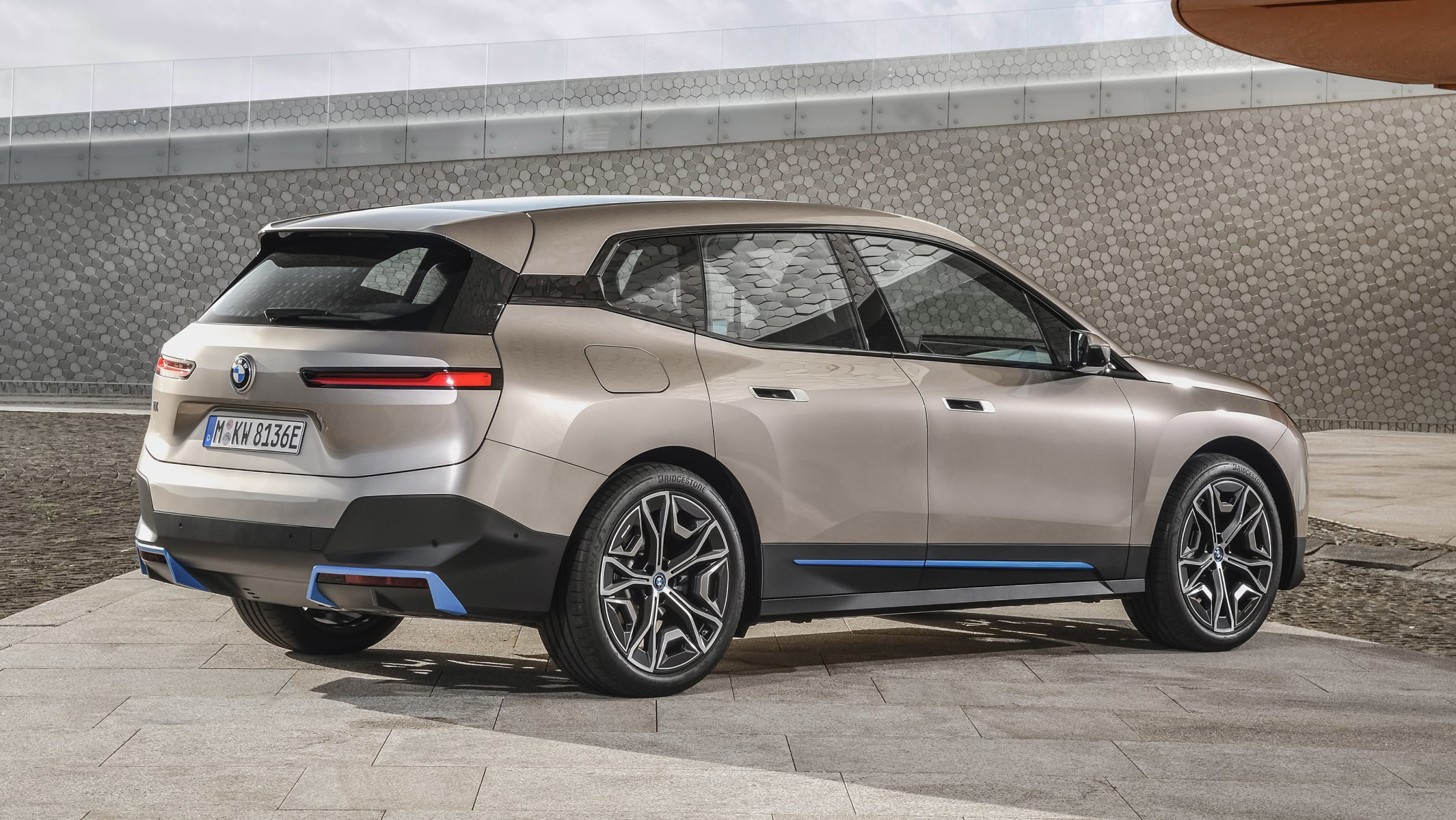 Bold new electric SUV is a statement of what BMW wants to be known for in the future – just like the i8 was before it.

There hardly seems room in BMW’s ever-expanding X range for yet another SUV, but the iX is a different proposition altogether. While it might take the form of a crossover, the ethos behind the iX is arguably closer to that of the i8 plug-in hybrid sports car.

Whereas the recently launched iX3 and iX5 are electric versions of existing models, designed to offer extra powertrain choice to mainstream BMW customers, the iX is a ground-up bespoke EV creation featuring the firm’s most advanced technology. It’s intended to showcase BMW leading the way in cutting-edge engineering and tech, including electric drivetrains, autonomous systems and connectivity. And it will be used to hone tech that will eventually cascade down the range in future versions of the iX3, iX5 and the many other EVs BMW is developing.

This isn’t a mass-market model in the way that the electric iX3 and iX5 will be: it’s going to be a range-topping luxury machine targeted at tech-savvy types eager to prove they’re at the forefront of technology and prepared to pay a premium for it. Essentially, the iX is a big-grilled tank parked right on Tesla’s lawn. BMW is trying to prove that it can produce machines as innovative and advanced as any EV start-up.

But it’s more than that: the iX is a flagship model in the truest sense of the word, as much a statement of what BMW wants to be known for – electric power and advanced tech – as a vehicle for the present. In that sense, the iX is a modern-era successor to the likes of the M1 and the i8. Except, of course, it’s one that’s styled and shaped for an era in which most car buyers would rather buy an SUV than a sports car.

Given that the i8 never achieved the sales success it deserved, that’s a sensible decision from a business perspective, even if I’d rather BMW – a firm that has long claimed to offer the ‘ultimate driving machine’ – produced a range-topping flagship sports car than an SUV. Still, perhaps one will come: back in 2019, BMW showed a Vision M Next concept that showcased a true electric i8 successor.

But until a production version of that car appears, the iX shows what BMW wants to be known for in the coming years. And if it can deliver on its promised technology, it could be a truly significant and impressive machine. Albeit one, we suspect, that will never be truly revered among car enthusiasts.