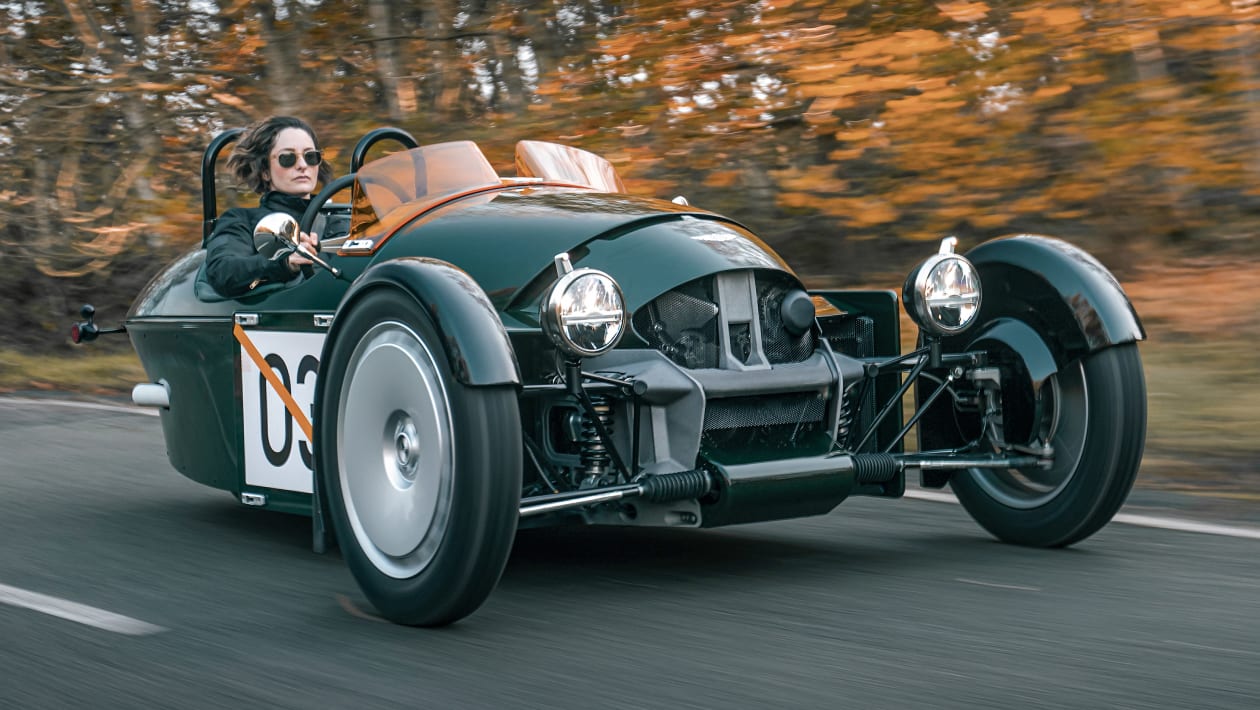 An electric Morgan didn’t make it to production at the last time of asking, but perhaps the time is right now.

Morgan bosses readily admit that the new Super 3 will eventually turn into an EV, though for now nobody’s keen to discuss details.

The official line is that the company has “lots of plans for” this new Superformed monocoque chassis, and that the internal steel bulkheads can be liberally moved about to house battery banks, inverters and smaller, differently-sited electric motors when the need arises. The concept of an electric 3 wheeler is nothing new at Morgan — Back in 2016 at Geneva (always Morgan’s favourite motor show) the company unveiled the EV3 a superb-looking battery 3 wheeler, along with a forward plan to sell 19 premium editions in 2019, its centenary year, through Selfridges, the London department store that shared the same centenary.

The idea imploded: a promising-sounding battery and powertrain supplier simply defaulted at the last minute. It was too costly and too late to find a replacement.

But the idea — and the EV3’s wonderful single-headlight styling — remains as beguiling as ever.