First of all, congratulations are due. Supercar maker SSC has come good on its promise to re-run its attempt to set a production car speed record after the company was unable to provide evidence to support its claim to have achieved 508.7km/h on a stretch of road in Nevada last year. Certainly not to the satisfaction of the internet sleuths who piled in after the claim was made, at any rate.

SSC has now taken the 1305kW Tuatara to the Kennedy Space Center in Florida, the same venue Hennessey is planning to use for its speed record attempt in the Venom F5, where owner Larry Calpin drove it to a claimed two-way average of 455.2km/h on a 3.7km course. The runs were witnessed and validated by enough third parties to put them beyond reproach. It’s a huge achievement for a non-professional driver, especially as the Tuatara hit 392.6km/h in just one mile (1.6km).

But then it gets more controversial, because SSC is claiming that this constitutes a production car world record – despite being 35km/h less than the Bugatti Chiron’s spectacular 490.5km/h run in 2019. We’ll leave aside the incongruity of this new record being far short of the one SSC claimed to have set last year on a much longer course. SSC’s argument now is that it has set the fastest two-way average figure, beating the 447.2km/h that Koenigsegg managed with the Agera RS in 2017. Because when Andy Wallace drove the Chiron to its top speed at Volkswagen’s vast Ehra Lessien track, he did so in only one direction.

This takes us straight back to the heart of the problem with establishing bragging rights here: unlike the many speed records that are regulated by the FIA, there is no agreed standard for the production car record, and no sanctioning body. So it is hard to assign glory, and very easy to start arguments over the exact definitions of ‘production’ and ‘standard’. Both the Jaguar XJ220 (running without cats) and the McLaren F1 (raised rev limiter) set their period records in modified form. But the really heated debate is whether a record needs to be established with a two-way average.

There aren’t many places in the world where such massive speeds are possible, and very few with safety barriers. When Bugatti set a 267.8km/h speed record in the Veyron Super Sport in 2010, it was done as a two-way average at Ehra Lessien – even though the test track’s guardrails and protection system are designed to work in only one direction. By the time of the Chiron’s run, doing that was adjudged to be too dangerous so it ran only one way. It’s not hard to understand the Volkswagen Group’s corporate caution on that one, given the potential PR disaster if something had gone catastrophically wrong while Wallace was travelling against the track’s design. 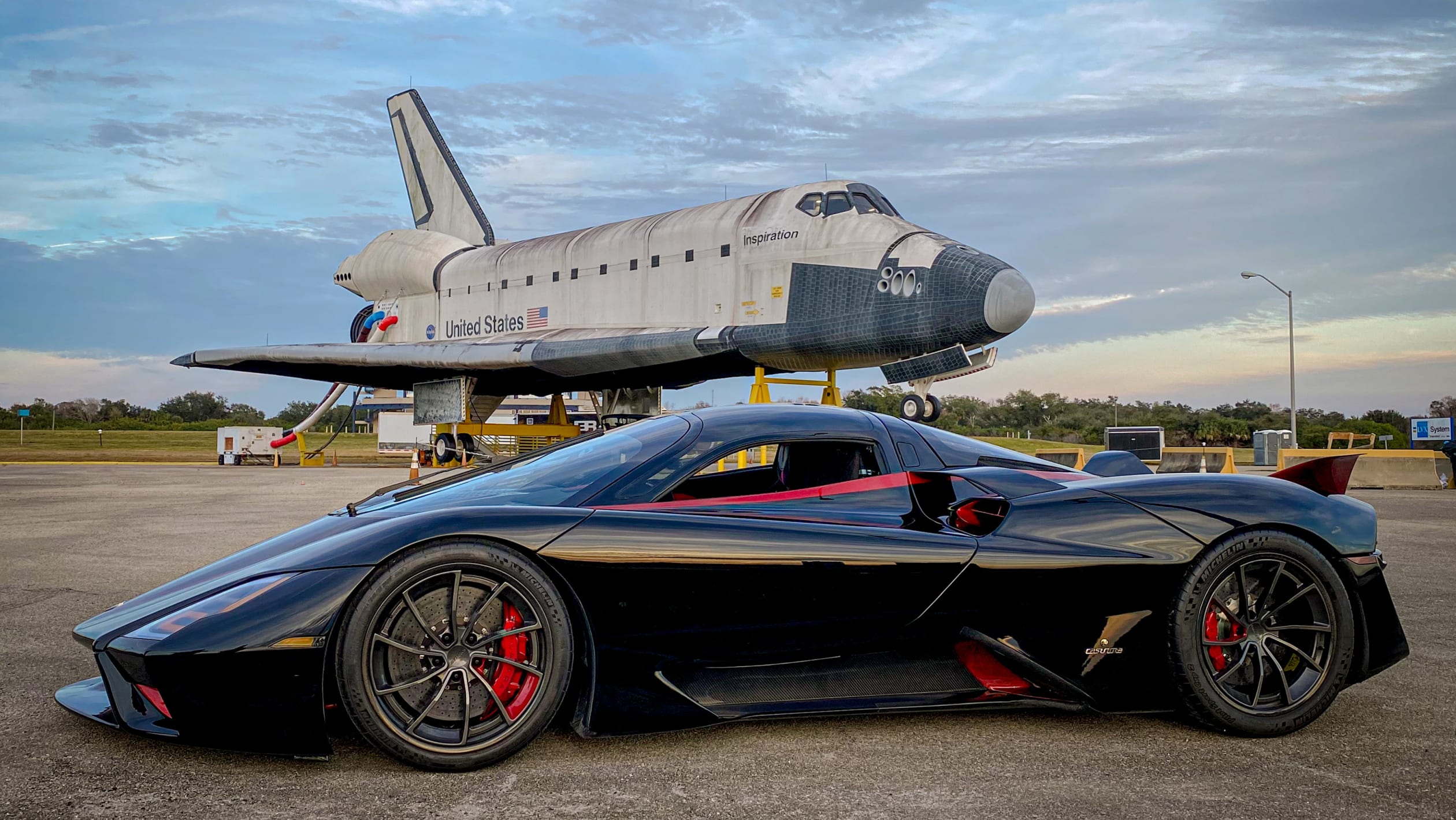 For smaller manufacturers, that is less of an issue and there is something of the wild west about their willingness to take record setting to the open road, not just through their usual choice of location. The in-car footage of the Agera RS tearing along a closed stretch of Nevada highway is viscerally thrilling in a way that watching a car on a wide, multi-lane test track isn’t. But doing such speeds on public roads – even straight, closed ones – dramatically increases the risk if something breaks or bursts.

But does SSC really hold the production car record by dint of going in two directions? You’re entirely free to make up your own mind on that one, given the lack of a sanctioning body. But for me, it’s a clear no. The Chiron went unarguably faster, albeit over a longer course, and although it went in only one direction, it didn’t gain any advantage through gradient or tailwind.