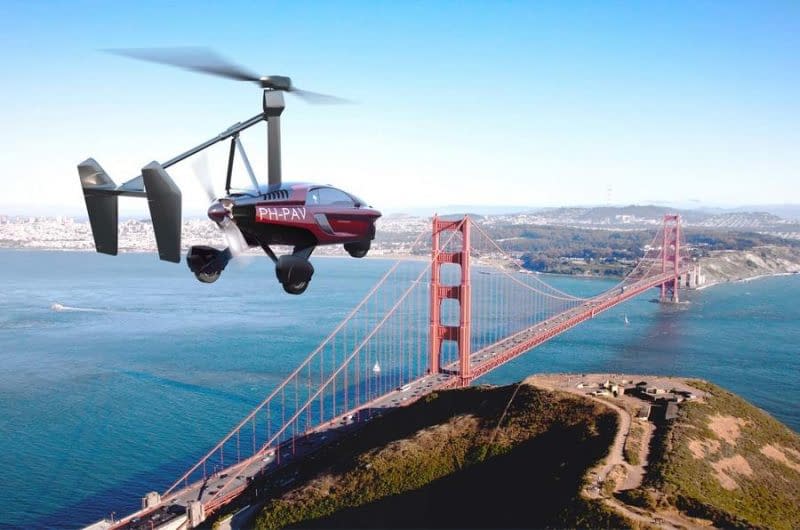 “Mark my word, a combination airplane and car is coming. You may smile but it’ll come.” Henry Ford in 1940

Are flying cars mere gimmicks or a glimpse into the future? We slip on our Aviators and find out

As a private pilot, I know from personal experience that airfields and airports are almost always irritatingly far from your final location. 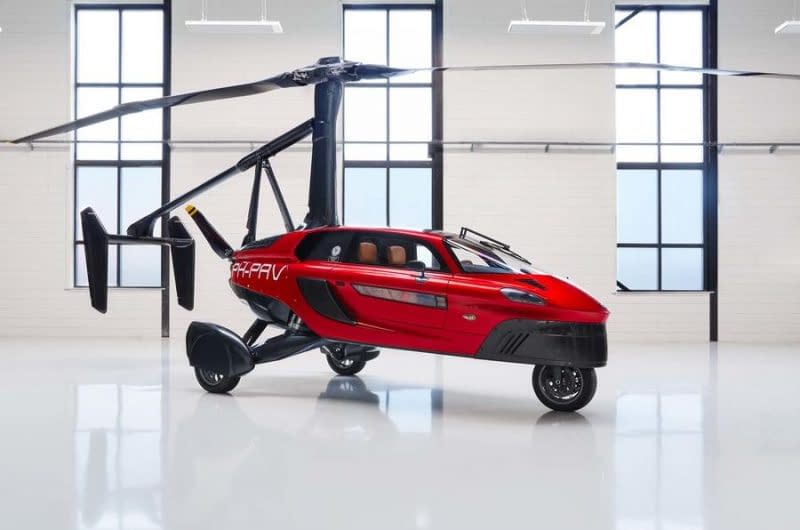 The airport in Exeter, for example, is a cab or bus ride from the city. There are exceptions, however. When you land at Goodwood, you’re right in the middle of where you want to be and at Le Man’s it’s a short walk from airport to circuit. The obvious solution is an aeroplane that doubles as a car.

It’s simple: drive to the airfield, unfold the wings and take off. At the other end, you reverse the process and drive to where you want to go. The fantasy of the flying car is almost as old as flight itself and, throughout the history of aviation, eccentrics, dreamers and shed engineers have tried to turn the dream into reality. 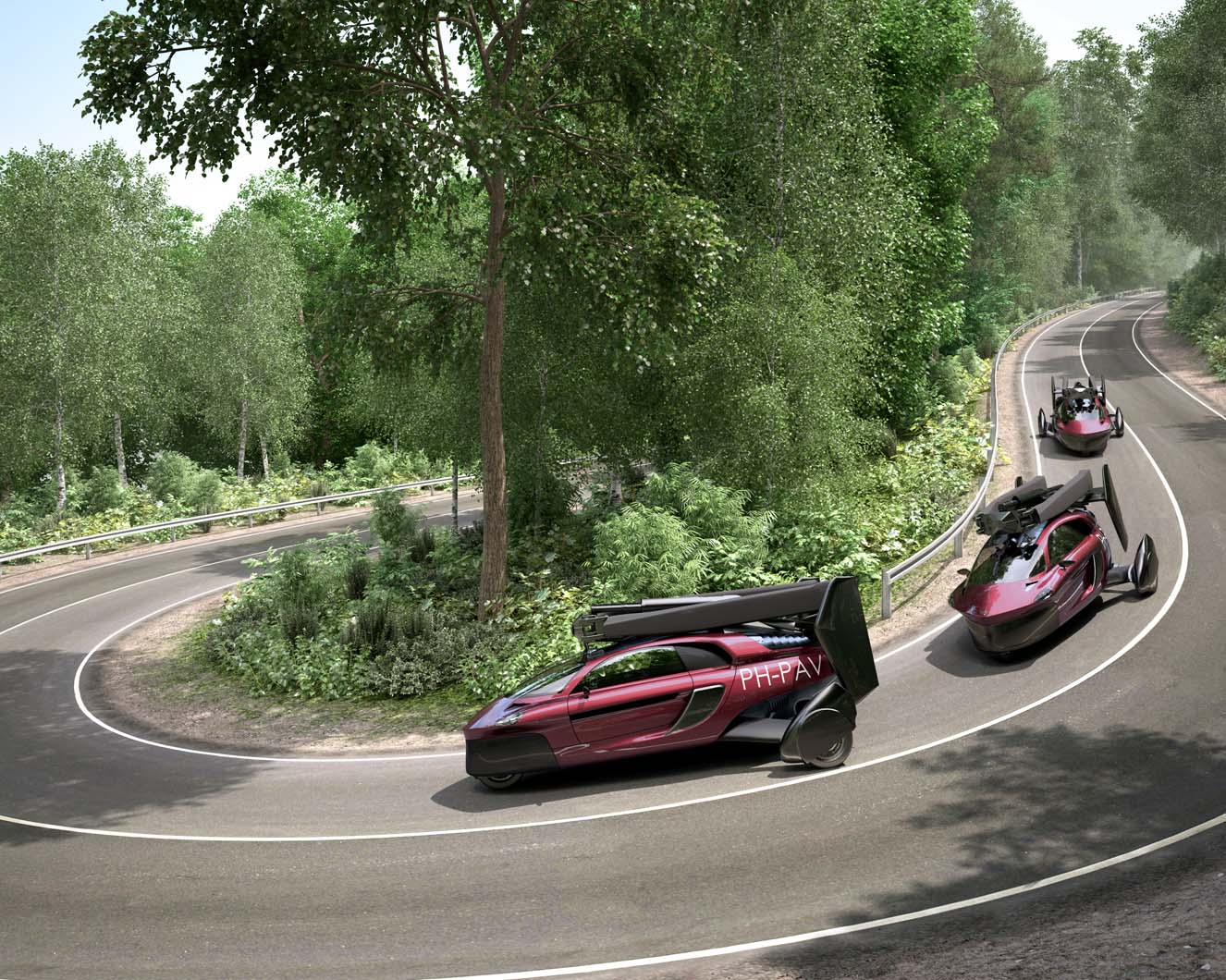 Audi, Airbus and Italdesign are jointly working on an alternative take on the flying car. It’s like a giant drone that picks up a passenger pod, flies it around and then can place it back on a set of wheels so that it can drive around as a car. It’s called Pop Up. But there was another, rather unusual flying car at Geneva that caught my eye. Tucked away in a corner of the hall was the PAL-V Liberty, a Dutch creation that combines autogyro (also known as gyroplane) and three-wheel car to make an intriguing proposition.

The most famous autogyro is Little Nellie, the machine that Sean Connery flew in the James Bond film You Only Live Twice. Essentially, you have rotor blades that provide lift and a pusher propeller at the back for thrust. Unlike a helicopter, the rotor blades are not driven by the engine – they spin as the machine is pushed through the air. That said, you need to get the rotors spinning on the ground, so that’s done via a power take off and clutch from the engine. The Liberty has two engines, both of which are used for flight but only one for driving.

You can see that the Liberty looks seriously top heavy once the rotors are folded up for the road. “It is,” says George Tielen, PAL-V’s head of training. “So much so that we realised straight away that the machine would tip over in corners even at low speeds.” 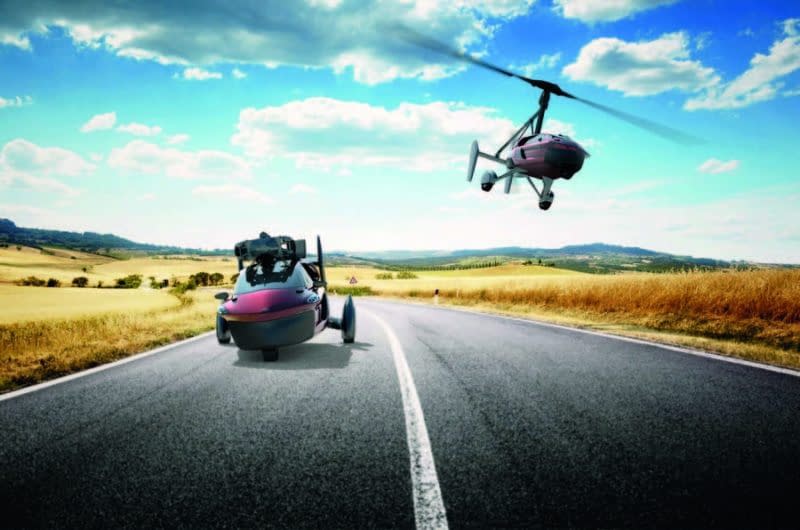 The solution is crafty. And Dutch. Remember the Dutch-designed Carver leaning car from the early 2000s? PAL-V has bought the patent for the Carver and incorporated the system into the Liberty. A tilting three-wheel car that flies. I’m intrigued.

So much so that I flew in my own aeroplane to Breda airport in Holland where PAL-V carries out its pilot training. Annoyingly, it’s an hour’s drive from the firm’s factory and headquarters so Tielen has to drive us there. In a Toyota.

The set-up is impressive, a lot like a smaller version of a Formula 1 team’s premises. Already around AUD$60 million has been invested in the Liberty and as yet only the prototype has flown. If a small car company faces a lot of testing and paperwork, it’s nothing compared with the world of aviation. Ultimately, PAL-V is aiming to get the Liberty certified by EASA (the European Aviation Safety Agency) and that’s going to take at least another year. 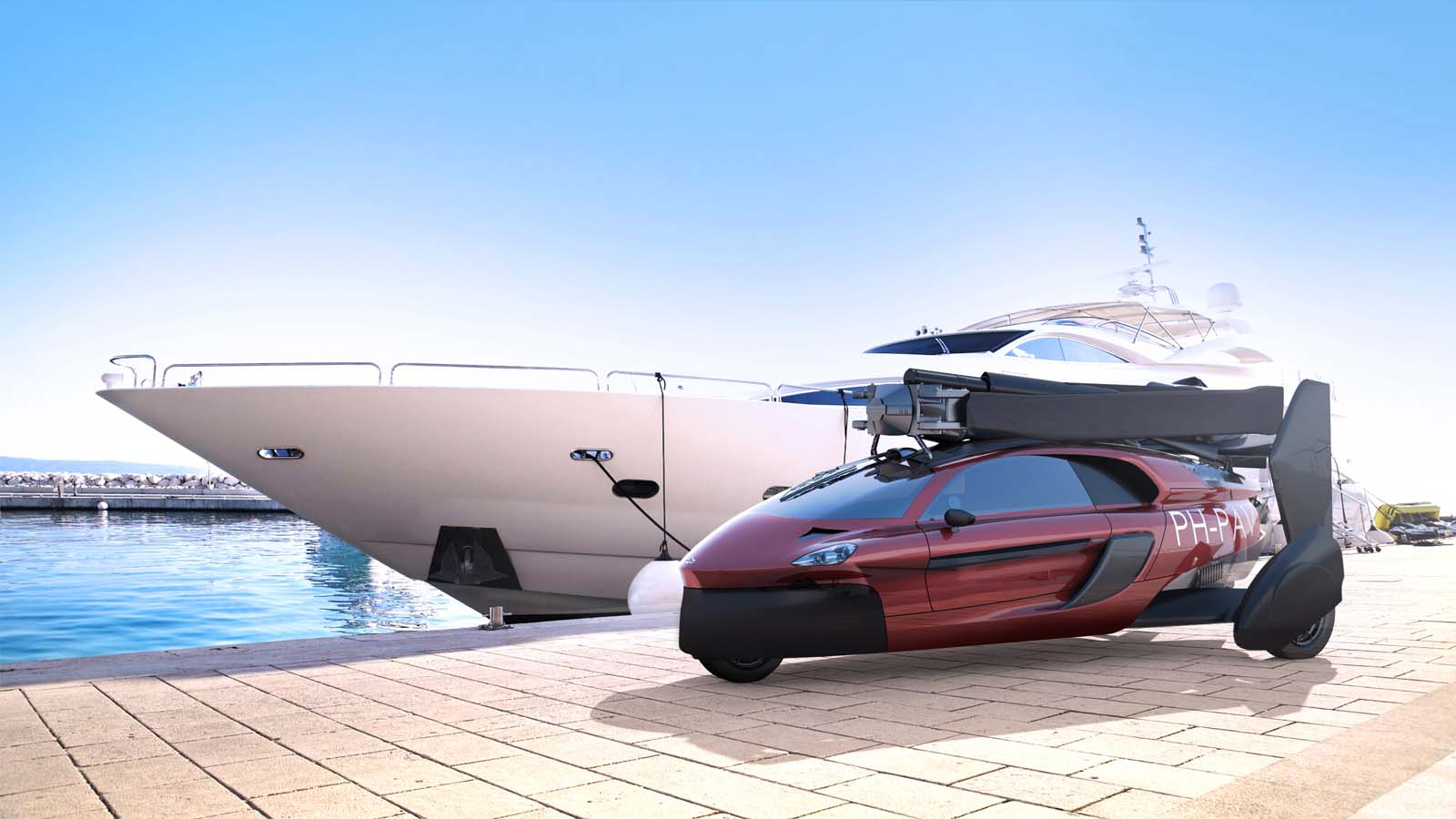 At Breda, Tielen is training 12 customers, none of whom are already pilots. He’s using an Italian autogyro called the Magni M24 Orion. I’ve flown an autogyro before but it was an open tandem-seat model, not a side-by-side closed machine like this one. It’s powered by an Austrian-built Rotax engine that is now the ubiquitous light-aircraft powerplant. 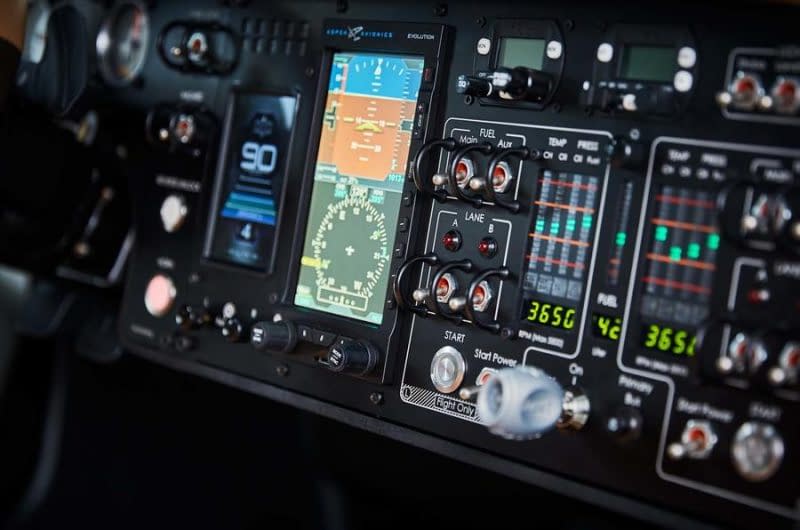 Its flat-four, pushrod configuration looks medieval by car standards, only the cylinder heads are watercooled and the electronic ignition and fuel injection are very simple. It’s the same engine that the Liberty uses, but in that machine they’re naturally aspirated and in the M24 Orion the powerplant is turbocharged. Why two motors in the Liberty? Because it’s heavy. The Orion weighs 285kg empty and the Liberty 664kg. You’d think fitting turbocharged Rotax engines to the latter would make sense if the more power the better is the case, but apparently there isn’t room for all the extra plumbing and intercoolers. 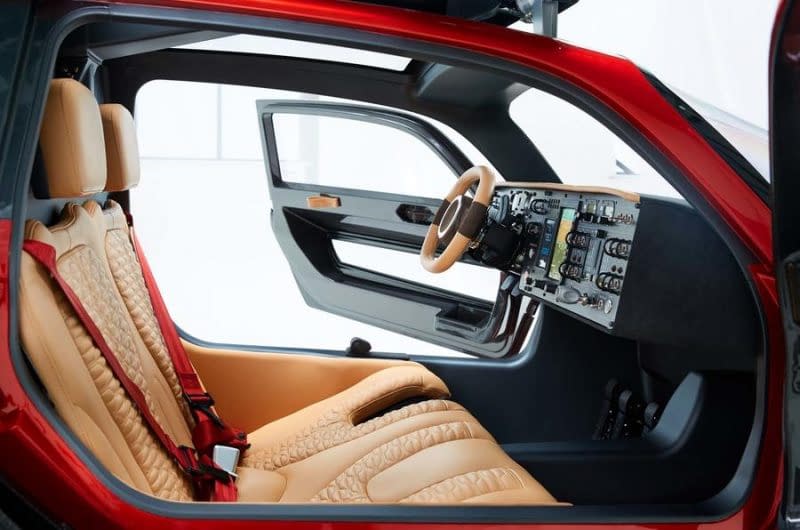 It’d take a lot of pages to explain fully the novel and wacky experience of flying an autogyro so we’ll just stick with the basics. It’ll give us half an idea of what the Liberty will be like to fly. The other half, how it will feel to drive, we’ll come to in a moment. Tielen fires up the Rotax engine and we taxi out to the runway. As yet, the rotor above our head is static and just flexing up and down. The clutch is released and the rotors start to turn. We won’t be going anywhere until we have more than 185rpm. Brakes off and we slowly accelerate. We’re off the ground pretty quickly but Tielen holds the Orion about 20 feet off the ground as rotor speed goes over 300rpm. Now he gently pulls back on the stick and we climb at 650ft per minute. There’s only one stick and set of pedals for the rudder. 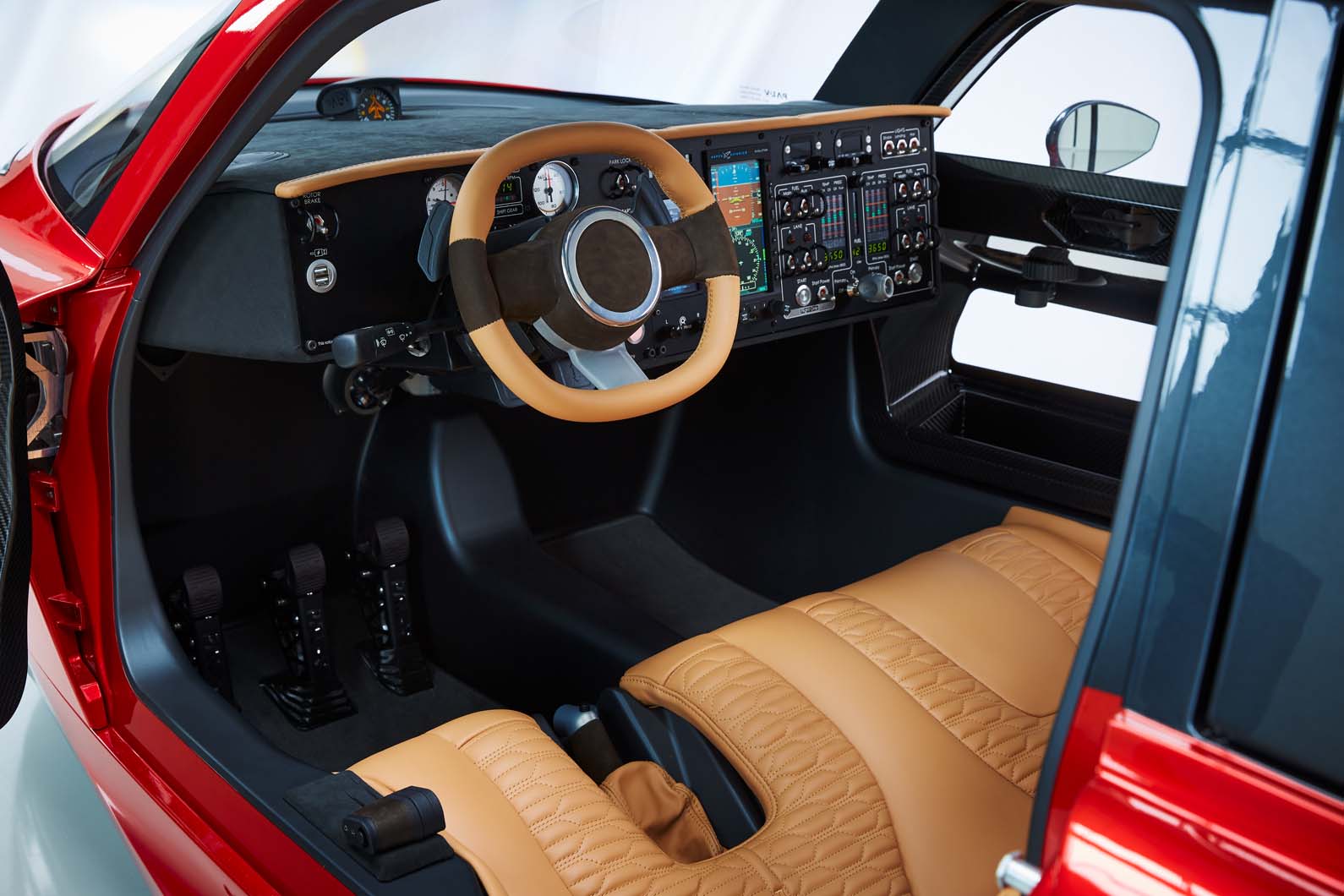 An autogyro is naturally stable, which is a very good thing but does make the controls quite heavy in a turn. The really great thing about autogyros is that they don’t need much space to land, especially if there’s a decent headwind. Many people ask what happens if the engine conks out. Does it fall like a stone? Actually, no – like a sycamore seed. Tielen demonstrates by cutting the throttle at 1500ft. We drop 1000ft and at the last moment he pushes the nose down to get some forward speed and then flares for a gentle landing.

Now for a taste of how the driving experience might be. Thanks to the internet, I found a Carver no more than 32 kilometres from home. Its owner, Howard Brooks, has only owned his Carver since Christmas but is already in love with it and was more than happy to take me for a blast.

Three wheels, a three-cylinder 660cc turbocharged Daihatsu engine from the Copen in the back and a body that tilts. It’s an incredible machine, quite different to anything I’ve ever been in. There are a few similarities: the tandem straddle- the-driver seating position is similar to the Light Car Company’s Rocket. The view out is a bit like the BMW C1 enclosed scooter. 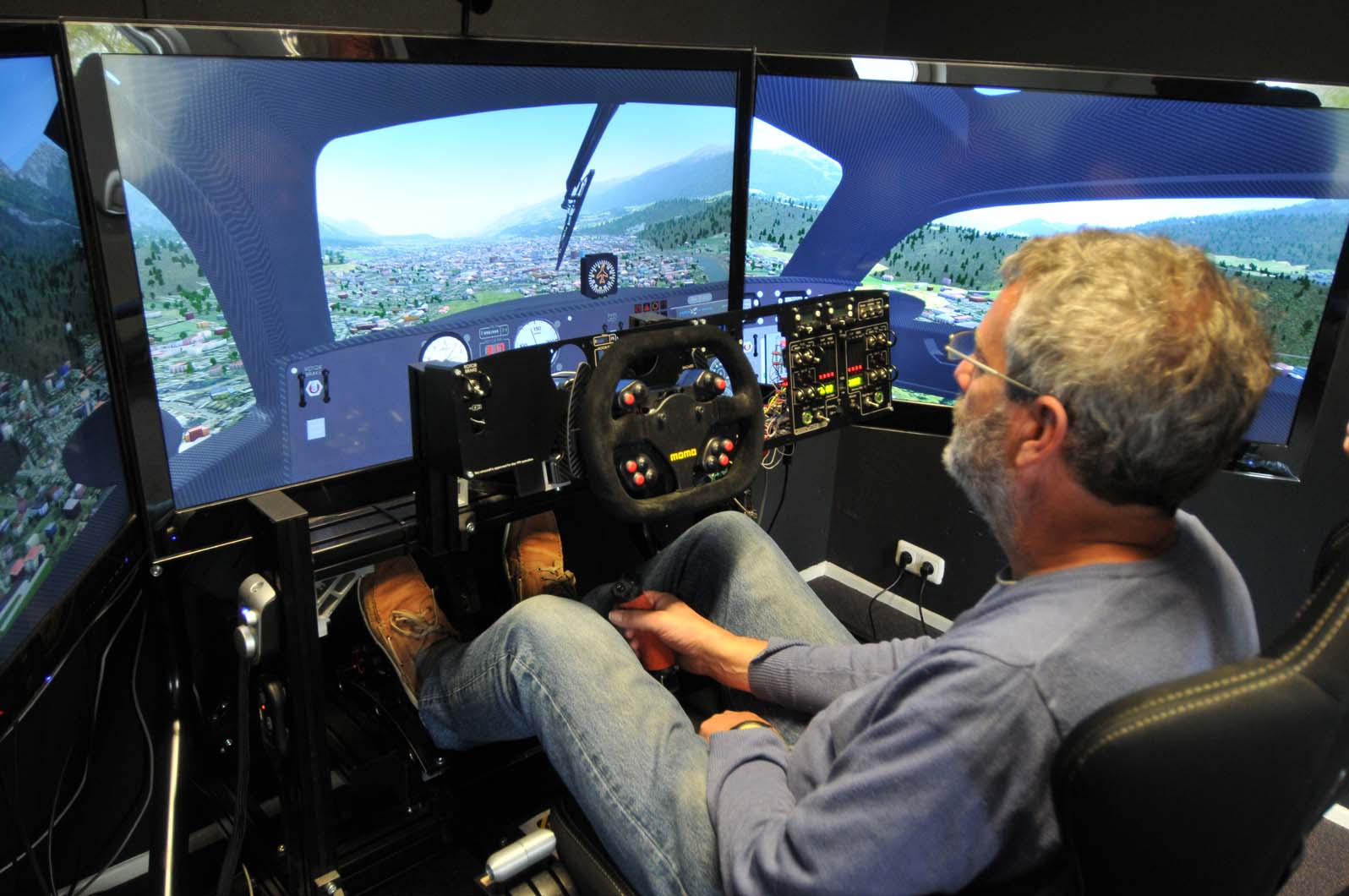 But nothing compares to leaning into a corner in the Carver. It doesn’t actually feel like leaning on a motorbike. Oddly, and ironically, it feels like banking an aircraft. Particularly a high- performance aircraft with a high roll rate. The movement from a left to right-hand turn is virtually seamless, even more so than on a bike. I found it absolutely joyous and the feeble output and weedy tone of the 48kW Daihatsu engine almost irrelevant.

And here’s the interesting thing about the Liberty and why I think it might have a chance of being successful. It combines a very different flying experience with a very different driving one. The oft-quoted argument that for the price of a flying car, which is almost always high, you could buy a nice car and an aeroplane is hard to argue against. The initial ‘First Edition’ Libertys cost AUD$860,000 and even the standard ones after that will be AUD$690,000. For that you could buy a new Porsche 911 and my aeroplane that will do 320km/h to the Liberty’s 160km/h

But here we come back to my opening point – that you are always an annoying distance from your final destination. Also, you need to return to where you first took off from because that’s where you left your car. It’s a right nuisance to return due to wonky weather to an airfield that’s not the one at which you left your car. 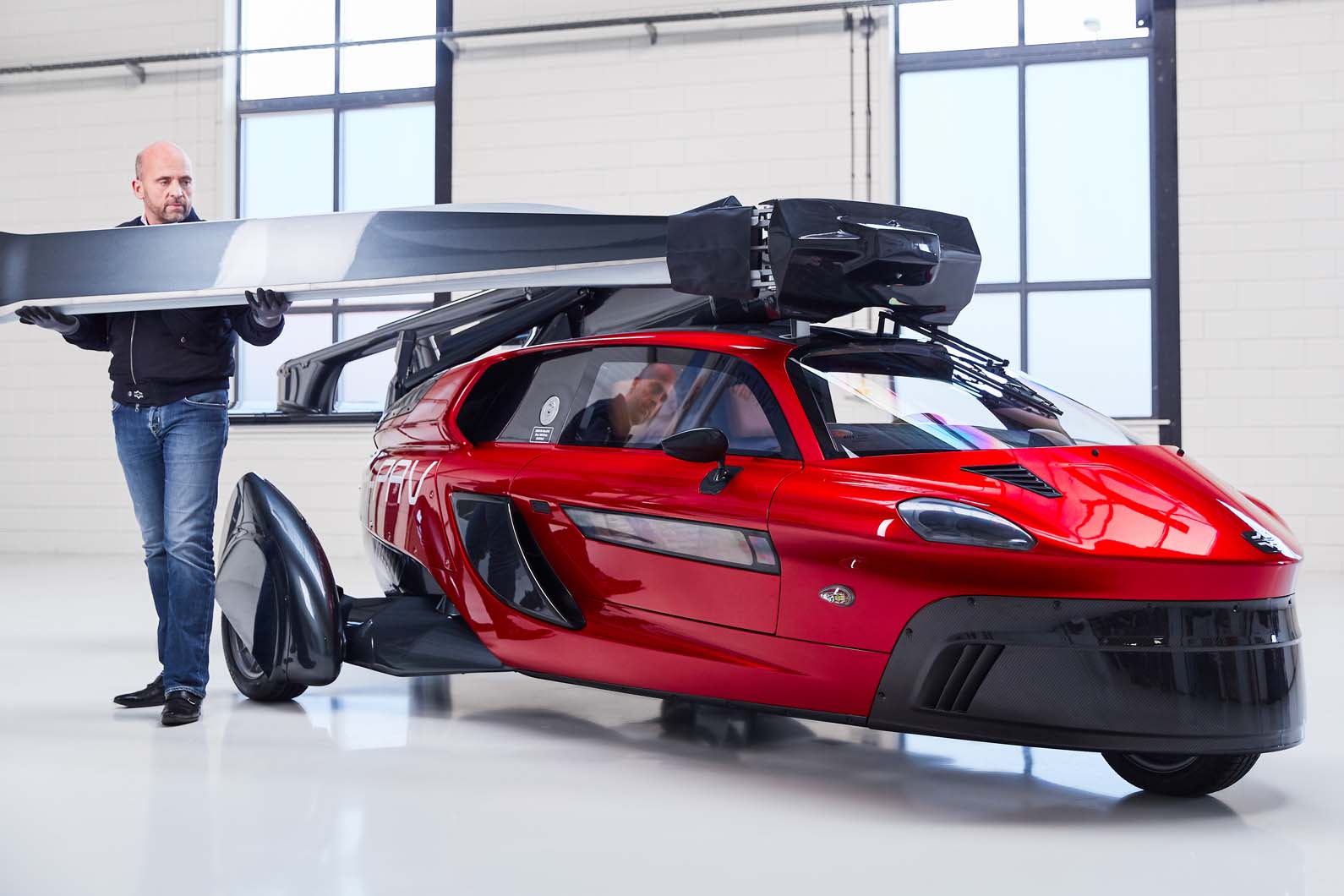 There’s another reason why the PAL-V Liberty might just be a goer. The company has the right approach to teaching people to fly it. I suspect, like the first 12 pilots who Tielen is already training, that most buyers will be new to the world of flying. There are many very rich people in the world to whom AUD$860,000 is nothing.

We know this from the number of people who own more than one Veyron (somebody owns eight). But from my experience, very wealthy people have limited patience. They’re not going to take easily to 40 hours of training and nine exams. Tielen isn’t calling his course intensive training; he’s calling it Boot Camp. And here’s the cool bit: as well as holding Boot Camps in Spain and Florida, there’s also one in the Dutch Caribbean island of Aruba. Your family enjoys the West Indies while you learn to fly an autogyro in perfect weather. That’s not such a hard sell.

Lots of testing and paperwork have to be done before I’ll be able to fly and drive the Liberty, but if it’s anything like the experience of flying an autogyro and driving a Carver, it’ll be a buzz worth waiting for. 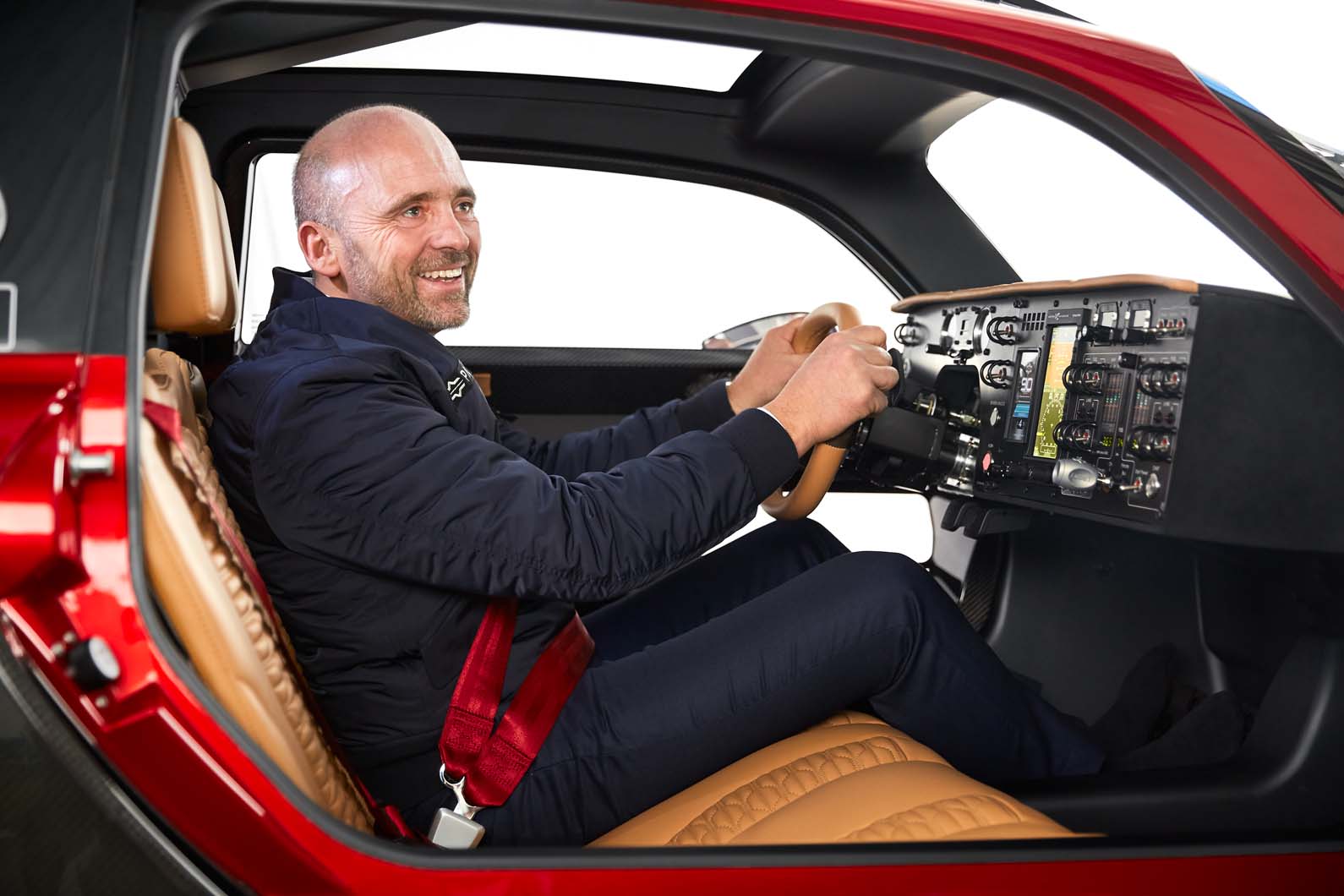 TAYLOR AEROCAR: The 1949 Aerocar is the most successful flying car. The six made were certified by the US aviation authority. Powered by a Lycoming aero engine, the Aerocar towed its wings behind itself in car mode.

TERRAFUGIA TRANSITION: In development since 2006, the Transition is powered by the same Rotax motor as the Liberty and has a top speed of 110km/h on the road and 185km/h in the air. Last year, Terrafugia was bought by Geely so at least it now has money behind it.

AEROMOBIL: This Slovakian flying car project has serious names behind it, such as Prodrive and Antony Sheriff. A Subaru engine for flight also acts as a generator for hybrid drive electric motors in the front wheels.