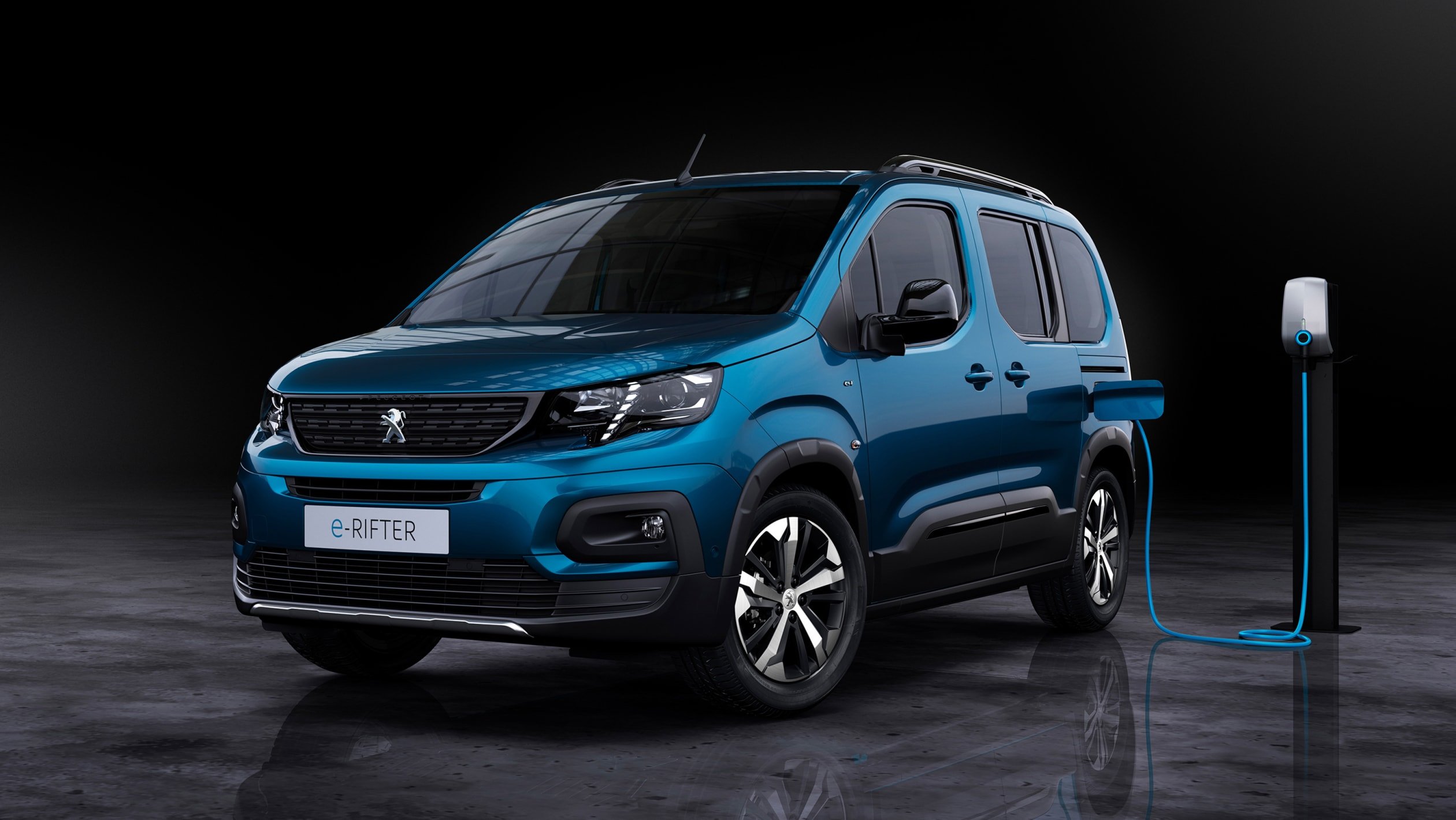 Peugeot e-Rifter can carry up to seven passengers and cover 278km on a single charge.

Peugeot has launched the new, pure-electric e-Rifter, and it’s designed to rival the likes of the Renault Kangoo ZE and the upcoming Mercedes EQT.

The Peugeot e-Rifter is based on the same EMP2 underpinnings as the Vauxhall Combo-e and Citroen e-Berlingo, meaning its mechanicals are identical. As such, the e-Rifter shares the same 134bhp electric motor and 50kWh battery pack as its stablemates, which gives it a 0–100kph time of 11.2 seconds and a maximum range of 278km.

Given its niche nature, we expect the e-Rifter to remain a Europe-only proposition for now.

Top speed is capped at 130kph and, like the rest of Peugeot’s pure-electric models, the MPV has three drive modes called “Eco,” “Normal,” and “Power.” The first two options limit the amount of power the electric motor can produce to increase the van’s range, while the latter setting unlocks the drivetrain’s maximum performance.

As standard, the e-Rifter is fitted with 7.4kW single-phase wallbox charging compatibility, which can fully charge the battery in 7.5 hours. However, an 11kW on-board charger can be specified as an optional extra, which cuts this time down to five hours. The Peugeot e-Rifter can also be charged at the roadside using a 100kW DC rapid charger, which takes around 30 minutes to top the battery up to 80 percent.

Boot space ranges from 775 litres in the five-seat model to 4,000 litres with all the rear seats stowed in the long-wheelbase variant, while there’s a further 186 litres of storage space in cubbies dotted around the cabin. The MPV can also tow 750kg and has a trailer stabilisation system which automatically lowers the van’s speed if the trailer starts to fishtail.