Porsche has delayed the launch of its Taycan Cross Turismo until 2021 because of robust demand for the regular EV during the coronavirus pandemic.

The estate variant of the Taycan was originally due to open for orders in late 2020 but will now be pushed back, according to Porsche’s boss Oliver Blume. Confirming the decision to reporters in a recent conference call, Blume said: “The change is no disadvantage for us; we just optimized the cycle plan,” adding that “the company has changed a lot during the coronavirus. It was important to focus on the essentials”.

Many brands have pushed back model launches due to Covid-19. Earlier this month, Ferrari announced that it has delayed the launch of its SF90 Stradale by several months, due to production delays caused by the pandemic. In July, Land Rover pushed back the launch of its Defender 90 for the same reason.

However, Porsche has been more profitable than those companies. Bloomberg reports that Porsche is one of only three car companies that remained profitable during the first half of 2020, including Tesla and Toyota. 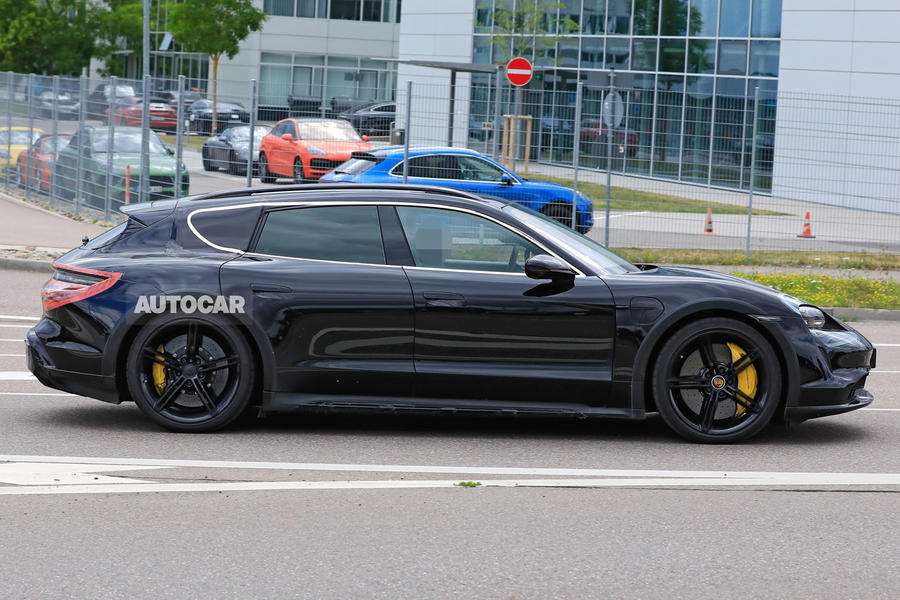 Although it will now be another six months or so until we see one on the roads, we have a good idea of what to expect from Porsche’s second electric car.

On the outside, spy shots reveal that the Taycan Cross Turismo develops the DNA of the Taycan saloon, but like the Panamera and Panamera Sport Turismo, has its own unique look.

A longer roof and a steeper-angled tailgate differentiate it from the standard Taycan, allowing greater load space, while added ground clearance like the 2018 Mission E Turismo concept on which it is based promises greater performance off-road. That said, Porsche is unlikely to change much when it comes to powertrains, with the estate almost certain to retain the same three choices as the saloon.

The Cross Tursimo will be powered by the standard Taycan’s two electric motors across both axles for four-wheel drive. These will generate 390kW in entry-level 4S guise, with 500kW Turbo and 560kW Turbo S variants to follow. In an industry first, Porsche’s Tesla Model S rival has been engineered to support an 800V charging system. An 80% recharge is therefore claimed to be possible in “less than 15 minutes”.

All-new Taycan for the Chinese market is rear-driven with up to 350kW and a claimed 489km range. Porsche has introduced a rear-driven entry-level model of...
Read more

Is the Porsche Taycan 4S better than the Turbo S?