For a while now, the ‘60s Alfa Romeo Giulia GT has been the basis of some pretty fascinating restomod projects of varying sensitivity over the last few years, but none have gone through quite the same transformation as this one. German tuning company Emilia Auto Gmbh has revealed details of a creation called the Emilia GT Veloce, which will pair the classic 60s coupe with a modern powertrain borrowed from an Alfa Romeo Giulia Quadrifoglio.

It’s creation will be developed in partnership with VELA Performance Gmbh, and takes things to the extreme to integrate the modern Alfa Romeo Giulia Quadrifoglio’s 2.9-litre twin-turbocharged V6 engine, which will also bring along its factory eight-speed automatic transmission, electronically controlled limited-slip differential and 19-inch wheel and tyre package. Key specifications will mimic the standard Quad, with a 375kW power output and peak 600Nm, but no performance figures have yet been released as the first prototype is still in construction. The job of making all this new hardware fit the original Giulia Sprint’s stunning Giugiaro-designed body won’t be an easy one, so Emilia Auto plans on doing some major surgery on the steel body, chopping away at its underbody to fit a bespoke spaceframe the powertrain and drivetrain will bolt to. The spaceframe will replace the factory bulkhead, engine cradle and rear subframe, while also forming a basis for the integrated roll cage inside the cabin. 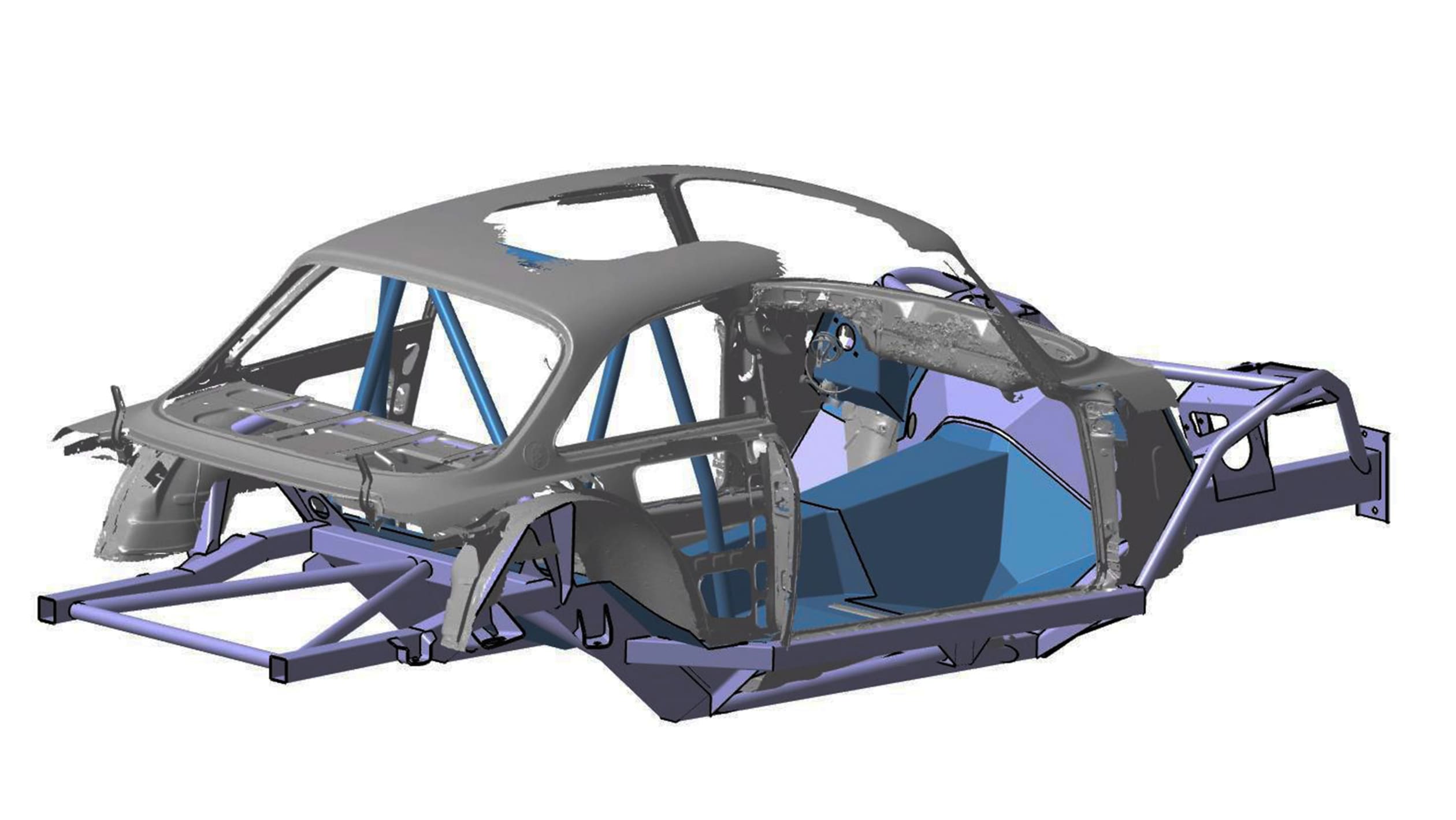 What remains of the original body will then be overlaid with bespoke panels, leaving only the glasshouse and roof in their original form, with the new elements constructed of carbonfibre and designed with a balanced approach to maintaining the feel of the original, while updating the surfacing and lighting elements to something more contemporary. The interior will be updated too, with modern elements like the dial pack and gearshift paddles contrasting against a traditional dashboard and raised centre tunnel. Specific colour, trim and finishes will be to the owner’s discretion, and mod-cons like a modern stereo and air conditioning will also be fitted. A total of 22 units are planned to be constructed for around AUD$640,000 in Germany inclusive of local taxes, with the first prototype scheduled to be completed in Q2 of 2022 and customer cars due at the end of that year.