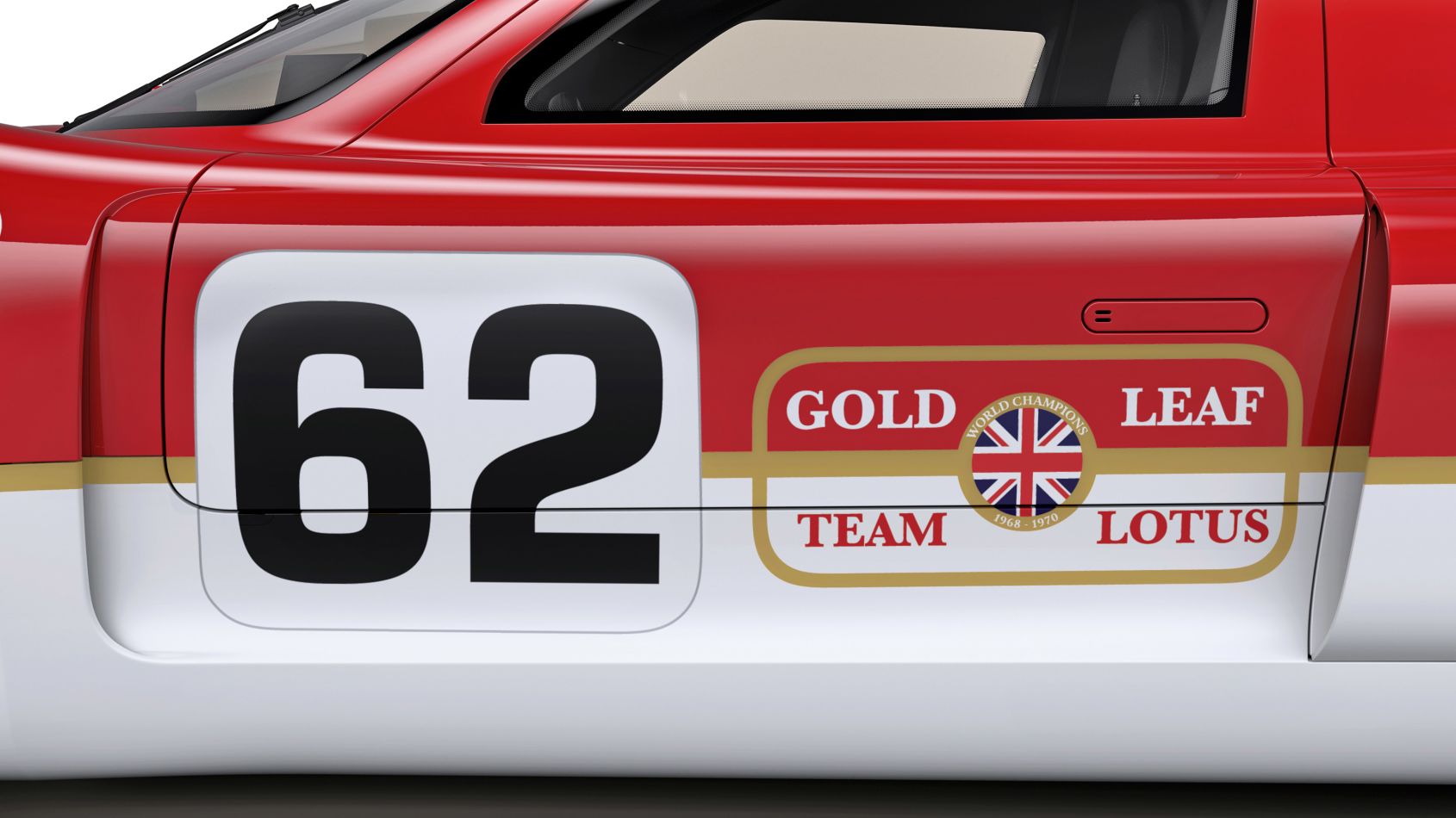 Revived coachbuilder Radford will unveil its first new car in more than half a century on 7 August. Codenamed “Project 62,” it’ll be a modern-day take on the iconic 1969 Lotus Type 62 racer, which Radford says is built on Lotus underpinnings.

The launch event will take place at the Lyon Air Museum in Orange County, California. Production will be limited to (you guessed it) 62 units, each of which will be customised according to its owner’s taste.

Radford also confirmed that it has acquired the rights to the Gold Leaf racing livery, which was most famously worn by Graham Hill’s 1968 Lotus Type 49B Formula One car. The livery also appeared on Emerson Fittipaldi’s 1970 Lotus 72 Formula One racer and the Lotus Type 62 racer, to which the Project 62 pays homage.

The livery is teased here on what we assume is the side of the Radford Project 62. Judging by this image, we expect the finished car will be a faithful modern interpretation of the classic racer, sharing the same shallow doors, low roofline and broad engine intakes. Though some modern touches will be included, such as Aston Martin style door handles.

The Project 62 will be a mid-engined, two-seat sports car, and the company says it will be “sleek, elegant and cosseting, but not at the expense of driver enjoyment.”

It’s as-yet unknown whether the Project 62 will use the brand new underpinnings from the recently revealed Lotus Emira, or more likely on the one of the outgoing Elise, Exige or Evora platforms. 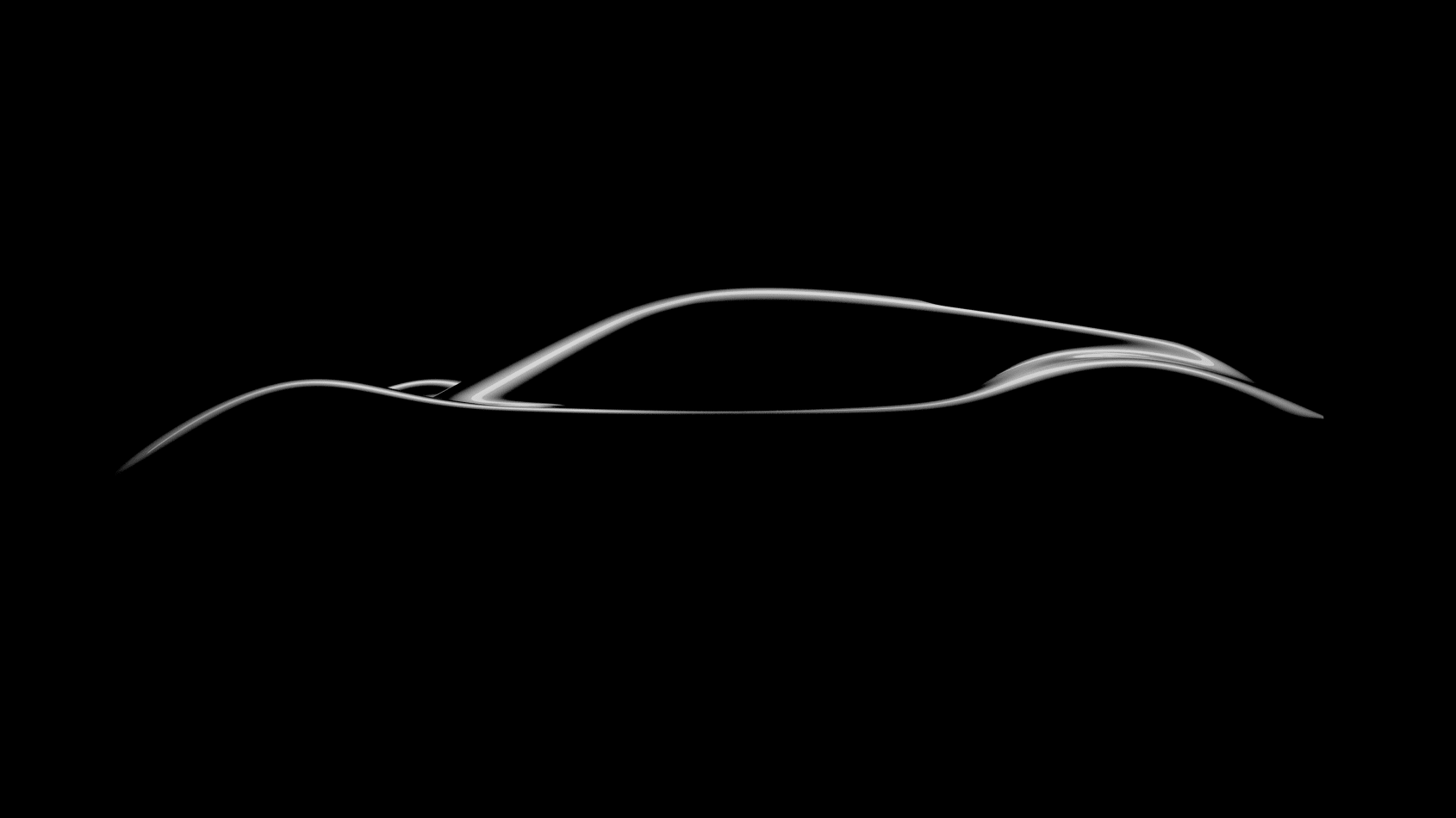 Radford has also said that every Project 62 buyer will be invited to an exclusive track day with Jenson Button (one of the new company’s three investors), who will show them how to get the most out of their car.

Previously, Jenson Button said: “We’re already hard at work developing this car and the driving experience will be different and very special. It’s going to be truly analogue and thoroughly engaging, but with all the refinements that you would expect from a Radford.

​​“It will drive like nothing else. There is a purity to driving that is lost in many cars of today. I will ensure we create a driver’s car, a trait that is embedded within the DNA of all Lotus cars.”

Back in the late 1940s, the Radford coachbuilding company (founded by Harold Radford), specialised in creating bespoke bodies and interiors for Rolls-Royces and Bentleys, with modifications to suit the needs of the rural landed gentry.

Radford’s upgrades included foldable tables, dog pens, cocktail cabinets, bespoke colour schemes and redesigned front and rear seats, which could fold flat to form a double bed. The company even offered a host of add-ons such as an electric shaver, an ice box, a kettle and a built-in sink with hot and cold running water.

The company made its debut at the 1951 London Motor Show with the Bentley Countryman, but it wasn’t until the 1960s that Radford really got into its stride with its coachbuilt version of the original Mini, which was bought by all four members of the Beatles, and Eric Clapton.

The Radford Grande Luxe Mini de Ville featured a host of extras normally reserved for the most expensive luxury cars of the day, such as a full-length sliding sunroof, a new radiator grille, electric windows, a wooden steering wheel and a re-upholstered interior with deep-pile carpets and a brace of extra dashboard clocks.

The company faded into obscurity throughout the 1970s, but the business was reborn earlier this year thanks to fresh investment from former Formula One World Champion Jenson Button, motoring broadcaster Ant Anstead, and designer Mark Stubbs.

In March, Jenson Button said: “To be able to help revive this iconic name is such a special and unique opportunity. The Radford brand carries such prestige and magnetism for anyone with an appreciation of cars.

“The work that Harold Radford and his team were responsible for in the mid 1900s is simply incredible, so I jumped at the chance to join Ant and Mark in their quest to put the Radford name back in lights. The journey has very much begun, and news of our first car will follow shortly so watch this space.”

Anstead followed, saying: “The time for a revival of proper coachbuilding is right now. People want something unique, something different and something tailor-made. That’s where Radford comes in – our cars will offer the ultimate in global luxury and personalisation, blending British heart and soul, state-of-the-art technology with traditional craftsmanship.

“Jenson, Mark and I are proud to be reviving Radford and humbled to be custodians of this legendary company. Future partnerships that we already have in place are a testament to what Radford is capable of achieving. It feels like fate that a designer, a builder and a driver have all united at this perfect time. It’s really exciting.”